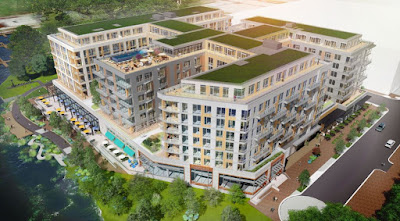 Construction fencing is up and interior demolition is underway at the former coast guard headquarters building at 2100 2nd Street in Buzzard Point (h/t to reader Bill). Once complete in 2020, River Point will contain 470+ rental apartment units and over 60,000 SF of ground floor retail on all sides of the building, with restaurants facing the Anacostia River. In a May interview with Bisnow, Akridge’s Chip Akridge stated they have a letter of intent with a drugstore and are in final negotiations with a fitness tenant that will open a fitness facility. The developer is also targeting a food hall. A Capital Bikeshare station is planned for the SW corner of the site along the 2nd Street cycle track. 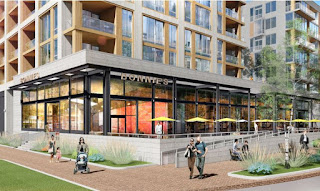 Akridge also stated during the Bisnow interview that the first phase of its adjacent, 7-acre 100 V Street development may get underway early next year. The first phase will be on the southeast corner of the site, which will be called First and V and will contain approximately 250 rental apartment units. 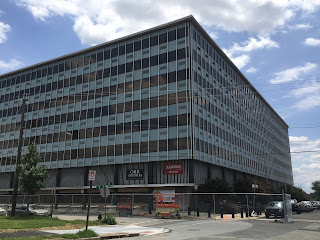 Another big residential conversion may soon get underway nearby. Michael Neibauer from the Washington Business Journal tweeted this week that Douglas Development has secured a permit to start work on its conversion of 1900 Half Street to a mixed-use development with 419 rental apartment units and 15,600 SF of ground floor retail.

I really liked this post as it is providing all information and facts about the topic. Looking forward to much more posts in future. Fantastic post!

Great literally it's an amazing post I have ever seen please allow me to get your feed to keep up to date with your valuable quality posts.
Cash for Cars Caboolture

Wow..!! Thank you! Superb Information I always wanted to write on my cash for cars website something like that. Can I consist of a portion of your post to my website.
Regards: Car Removal Sunshine coast

I’ve read some quality stuff here. I am bookmarking for revisiting. I am surprised how much attempt you set to make any such excellent, informative website.
Regards: Cash for Cars Hobart

I’ve read some quality stuff here. Definitely value bookmarking for revisiting. I am surprised how much attempt you set to make any such excellent, informative website.
Regards: Car Removal Logan

Excellent post. I was constantly checking this blog and I am impressed! Extremely helpful information, especially the last part. I care for such info a lot. I was seeking this particular information for a very long time.

I have not checked in here for some time as I thought it was getting boring, but the last several posts are good quality so I guess I will add you back to my everyday blog list. You deserve it,
Regards: Refrigerator Price in Pakistan