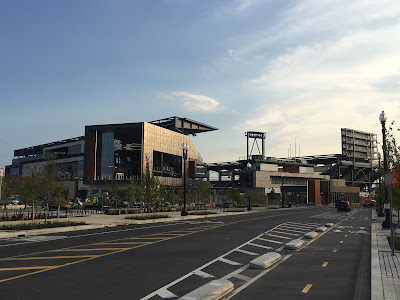 The ribbon cutting ceremony and open house for Audi Field was held on Monday, less than a week prior to D.C. United's inaugural match at the new stadium against the Vancouver Whitecaps. Below are some pictures from the event, which brought the team, including captain Steve Birnbaum and newcomer superstar Wayne Rooney (the rest of the team was seated in the audience); D.C. United ownership - Jason Levien and Erick Thohir; MLS Commissioner Don Garber, and politicians including Mayor Bowser and Councilmembers Allen and Evans.  Dave Johnson, the voice of D.C. United, was the emcee. 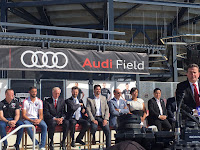 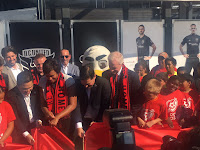 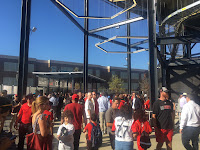 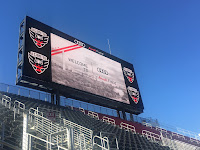 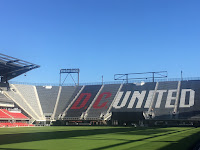 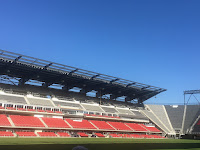 Now that the inaugural game is just days away, construction fences have come down and finishing touches are being put in place in and around the stadium in Buzzard Point.  Along Potomac Avenue, the fan plaza is still under construction. A parcel adjacent to the stadium will one day contain mixed-use development, but for now will be a grassy field. The first Capitol Bikeshare station in the neighborhood has been installed at the northwest corner of Potomac Avenue and Half Street.  A Circulator stop is located on Potomac Avenue east of Half Street - this match-day service will be implemented after the inaugural match. New signage has been installed by the Capitol Riverfront BID to promote Buzzard Point with a new website and slogan: It All Connects Here. Meanwhile, construction continues on the new Frederick Douglass Memorial Bridge. 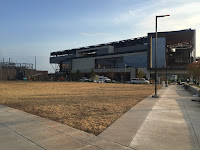 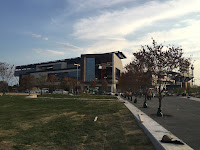 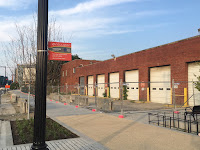 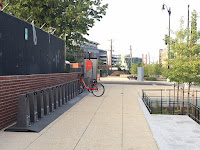 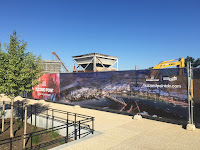 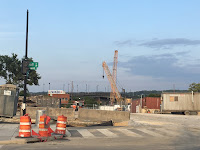