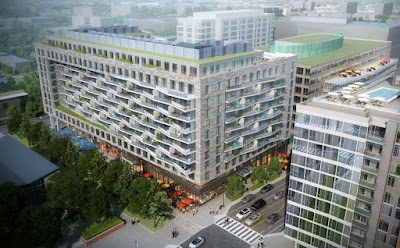 A few months after PN Hoffman made a presentation at a monthly ANC meeting about their plans for their Waterfront Station parcel located north of CVS at 1000 4th Street, they have filed a second stage PUD application. The number of units have changed to 456 total units, with 30% of the total set aside as affordable housing for 30% and 50% of Area Median Income (AMI). For the first 50 years of the ground lease that PN Hoffman will have with the city, the affordable units will be split 50-50 between the 30% and 50% AMI levels. After the first 50 years, the split will change to 25-75 in favor of units at 50% of AMI. There will be 214 garage spaces, 161 long-term bike parking spaces, and 14 bike racks. Parking and loading will be off Wesley Place. 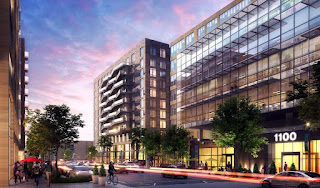 While the amount of retail planned at the development remains at 29,182 SF, the planned cultural use will change. Last week, it was announced on DC Theatre Scene that the Forum Theater closed suddenly – this was the Silver Spring-based theater company that was expected to come to Waterfront Station. PN Hoffman is apparently in negotiations with the Washington Improv Theater to move from 14th Street NW near U Street to Southwest. Rounding out the retail will be space for two restaurants along 4th Street (a diner has been identified previously as the intended tenant) and space for AppleTree to operate a pre-K school along the private drive to be located on the north end of the development, near the SW Branch library. A 3,000-SF play area will be built for AppleTree use on the northeast corner of the site during school hours and general community use at certain times outside of school hours. At one time, AppleTree would be relocated from its temporary trailers at Jefferson Academy to the Wharf, but apparently PN Hoffman has found another place for them. Although there is a playground nearby at 3rd and I streets, the two play areas will target different age groups. 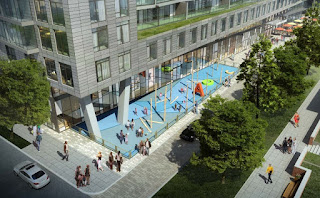 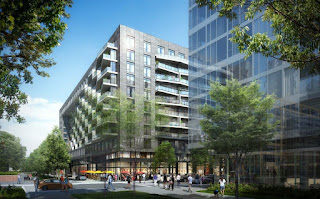 Speaking of PN Hoffman developments, the Washington Business Journal reports that The Banks apartment project under construction at 7th and I streets will have The Goddard School, a private preschool and daycare as its retail tenant in a 7,700 SF space.  The Banks is scheduled to open by this fall. 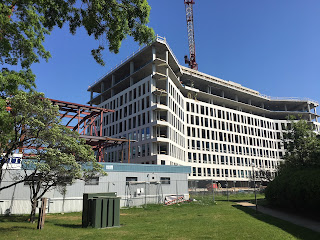