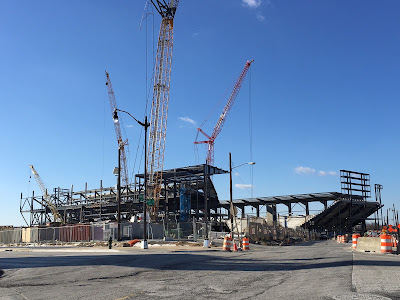 The inaugural home match for D.C. United at its new Audi Field in Buzzard Point will take place on July 14 against the Vancouver Whitecaps. D.C. United’s schedule will be road game-heavy in the earlier part of the season while in the latter part, there will mostly be home matches. There will be a total of 15 home matches during the regular season, all falling either on a Saturday, Sunday, or Wednesday. Below is the 2018 regular season home schedule:


Construction of the new stadium remains on schedule about a year after its late February groundbreaking. Over the past couple of weeks, Half Street east of the stadium footprint reopened to traffic with new pavement, sidewalks, street lights, and bike racks. 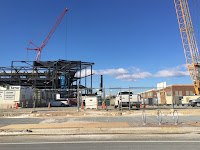 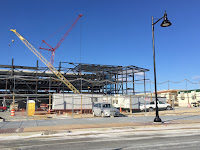