Reporters Building to be Redeveloped as Residential 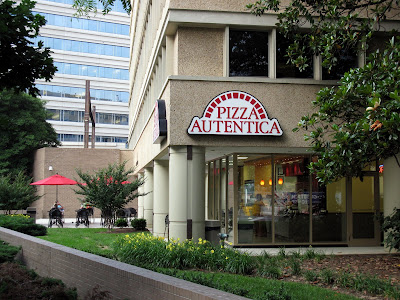 Back in 2013, the National Capital Revitalization Corporation developed the SW Ecodistrict Initiative for a 110-acre area south of the National Mall and north of the Southwest freeway. One of the goals of the initiative was to create a sustainable mixed-use community by introducing residential and/or hospitality uses in the area, which has been dominated for decades by government agencies and other office users. Since then, Republic Properties has proposed residential uses for one of the planned buildings at The Portals and Douglas Development purchased the Cotton Annex on 12th Street, with plans to redevelop the historic building and adjacent parking lot.

Next up for redevelopment is the Reporters Building at 300 7th Street, located across the street from the D Street entrance to the L’Enfant Plaza Metro station at Constitution Center. Urban-Atlantic has plans to redevelop the aging office building as a multifamily project by re-skinning the exterior and adding up to five levels to the existing eight-story building. This is the same developer that converted the former EPA towers at Waterfront Station to Skyhouse East and West (now known as The Leo and The Lex). The 300 7th Street project will include about 370 units, which will be mostly rental apartments with condos on the top floor of the building and retail will remain on the ground floor. Current retailers include a barber shop and Pizza Autentica, the latter which opened back in 2009. 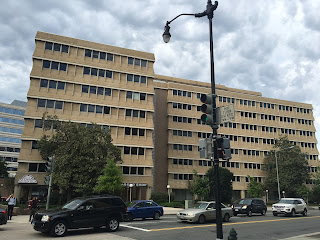 The proposed development is by-right and does not need zoning approval. However, it does need to get approval from the U.S. Commission of Fine Arts and the project will be on the agenda for this month’s meeting. At last night’s ANC meeting, the commissioners voted 5-0-1 to support the project. The lone abstention came from Commissioner Rhonda Hamilton, who was disappointed that the project will contain 100% market-rate units – no affordable units are required since the development is by-right.

As more details of the project are made available, including renderings, I’ll provide updates.
Posted by SWill at 6:44 PM

A good start, but more residential needs to go in this area concurrently. This section is a concrete ghost town during evenings and weekends. Not to mention, the VRE trains blast their horns when pulling in and out of L'Enfant.

But a good start!

Notice all that commercial going residential. THAT will end badly.

So now Metro is buying the building for it's HQ.