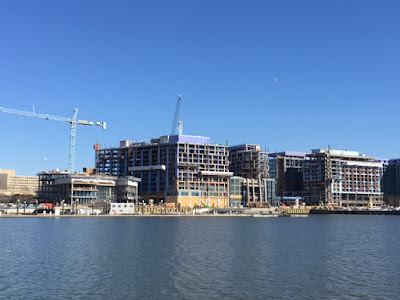 Add Mexican to the list of cuisine to be offered at District Wharf. It was announced that KNEAD Hospitality + Design will be partnering with NY-based Chef Roberto Santibañez to open a new concept called Mi Vida (a term of endearment meaning “my life” in Spanish) this November. It will be located near the entrance to The Anthem concert venue along Wharf Street. The 9,500 SF restaurant will seat 400 with multiple private dining rooms and patio seating. From the press release:

Mi Vida will raise the bar for Mexican cuisine in Washington, DC and will offer a menu inspired by street food and traditional Mexican home cooking but in a modern, elevated presentation. He plans to serve his take on Mexico City’s famous rotisseries and will feature chicken, beef and pork in unique preparations.

The design of Mi Vida will incorporate The Wharf’s industrial aesthetic and infuse it with contemporary and historic Mexican décor. Décor will include a modern take on Mexico’s traditional “Árbol de la Vida” or tree of life, an intricate clay sculpture telling Biblical or historic stories.

Cool, cool, cool but when are they gonna announce the TJs?!?!

I doubt a TJ's will open there. Maybe a Yes! Organic Market, but Ward 6 will soon get a TJ's near Eastern Market.