Condos Nixed at The Portals, Will Be All Rental Instead 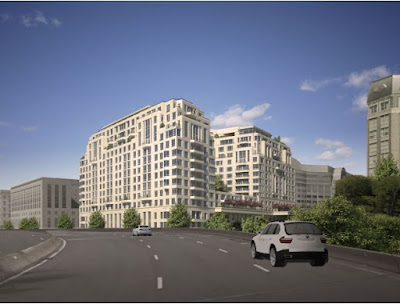 Republic Properties has decided to convert 75 condo units it planned on the top four floors of its 1399 Maryland Avenue residential project at The Portals to rental apartments. Originally, this project was planned as an office building, but market conditions caused the developer to change course a couple years ago and move forward as a hybrid rental/condo building. This latest change brings up the total number of rental units at the project to 373 units. Unit sizes of the former condo units will still be large, especially compared to most new apartment buildings – averaging about 1,400 square feet. The project is planned as a high-end building and many of the units will have sweeping views of the Tidal Basin and the Jefferson Memorial (and traffic conditions on the 14th Street Bridge). 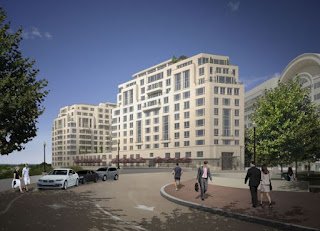 This will be the first residential building constructed north of the freeway within the quadrant since Urban Renewal. Permits have been issued and construction is anticipated to start before the end of the year, but that timeline could slip into early 2017. Delivery will likely occur in the late 2018 or 2019 timeframe.