Adios Z-Burger, Eliot Getting Closed Up 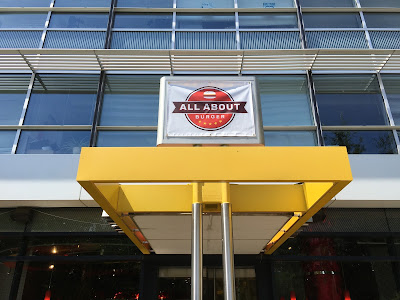 At Waterfront Station, a new sign is up outside of the restaurant formerly known as Z-Burger. It is now called All About Burger. The Southwest location was one of four former Z-Burger restaurants that were affected by a settlement agreement between the ownership groups. In addition to the new sign, the beverage cups no longer have the Z-Burger logo. Otherwise, the restaurant decor and the menu don’t look much different than they did before. 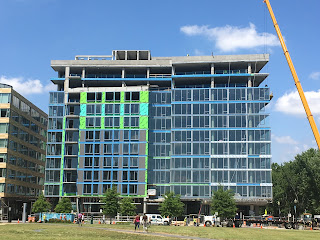 Up the street from All About Burger, Eliot on 4th has most of its windows now installed on the 4th Street side of the building. What's not shown in the above photo is the red facade that's now being placed on the south-facing facade. The 365-unit apartment building is scheduled to open in early 2017 with about 5,000 SF of ground floor retail.
Posted by SWill at 12:51 AM

Any information on the retail?