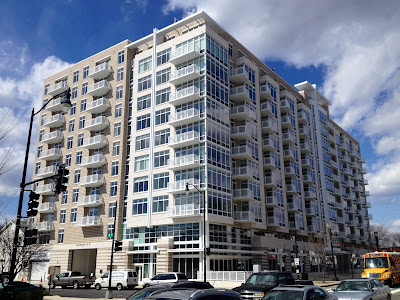 The developers trying to cram as much income as possible without any benefits to the community. When a developer proposes something to benefit the community - like a restaurant. The District should hold them to it. Smart urban planning shouldn't include ground level residential units.

It seems odd that Camden hasn't been able to get a retailer in that building in the couple of years since it opened, given the location right across from the baseball stadium and the rapidly redeveloping neighborhood around it. Can't fathom who would want to live right at street level on busy South Capitol St., but I guess if they price it competitively they'll find someone who's willing to live with the traffic right outside their window.