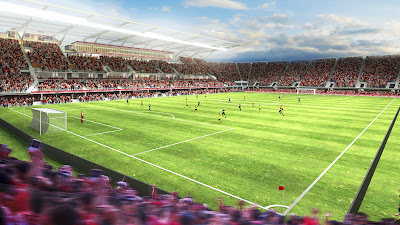 The District government has filed to take control of the remaining two acres at the Buzzard Point soccer stadium site owned by Akridge using eminent domain. According to the agreement between DC United and the District, today was the deadline for the District to gain control of the land needed for the stadium. The District came to an agreement over the other parcels in the stadium footprint at 2nd and R streets several months ago, but the lone holdout was Akridge’s parcel.

A joint statement was released by DC United and the District following the eminent domain filing:

“The District of Columbia and D.C. United are moving forward on a soccer stadium that will transform a neighborhood on the banks of the Anacostia and generate hundreds of new jobs for District residents. We have created the best deal for the District, its residents, D.C. United and its fans."

This is not the first time the District has used eminent domain in order to build a stadium. The same tactic was used when Nationals Park was built on the other side of South Capitol Street.

Rendering courtesy of DC United
Posted by SWill at 11:59 PM