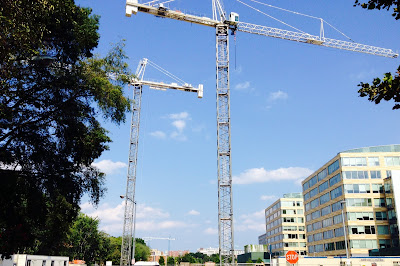 Two tower cranes have arrived at Forest City’s 1001 4th Street construction site at Waterfront Station, a little more than six months after the groundbreaking. 1001 4th Street is designed by Perkins Eastman and is planned as an 11-story, 365-unit rental apartment building with 5,000 square feet of ground floor retail along with multi-story residential units facing the private drive at the north end of the site and Makemie Place. Substantial completion is scheduled for November 2016. 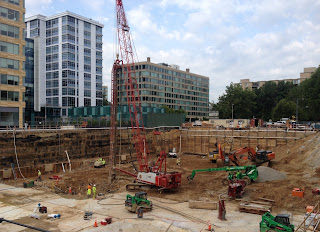 Meanwhile, across the street from 1001 4th Street, the Deputy Mayor for Planning and Economic Development received six responses to the RFP for the District-owned parcel. This is the last residential parcel to be developed at Waterfront Station. The respondents include: 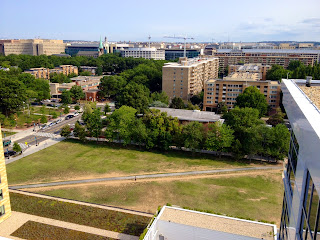 According to the RFP, the site uses should include mixed-income housing and ground floor community-serving retail or municipal services. A municipal use that won’t be included is a new Southwest Branch library, which will remain at its current location on Wesley Place. A developer will be selected later this year after the ANC and the community has a chance to see the proposals. 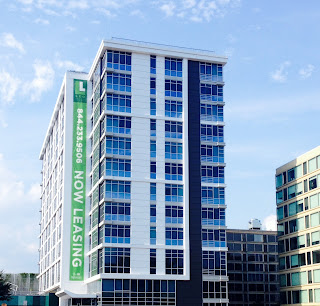 Sky House East was sold to Bernstein Management for $91 million according to the Washington Business Journal and has changed names to Leo at Waterfront Station. Its sister building was sold several months ago to the same owner and was renamed Lex at Waterfront Station. More than half of the units at Lex have been leased since marketing began in December.
Posted by SWill at 12:35 AM