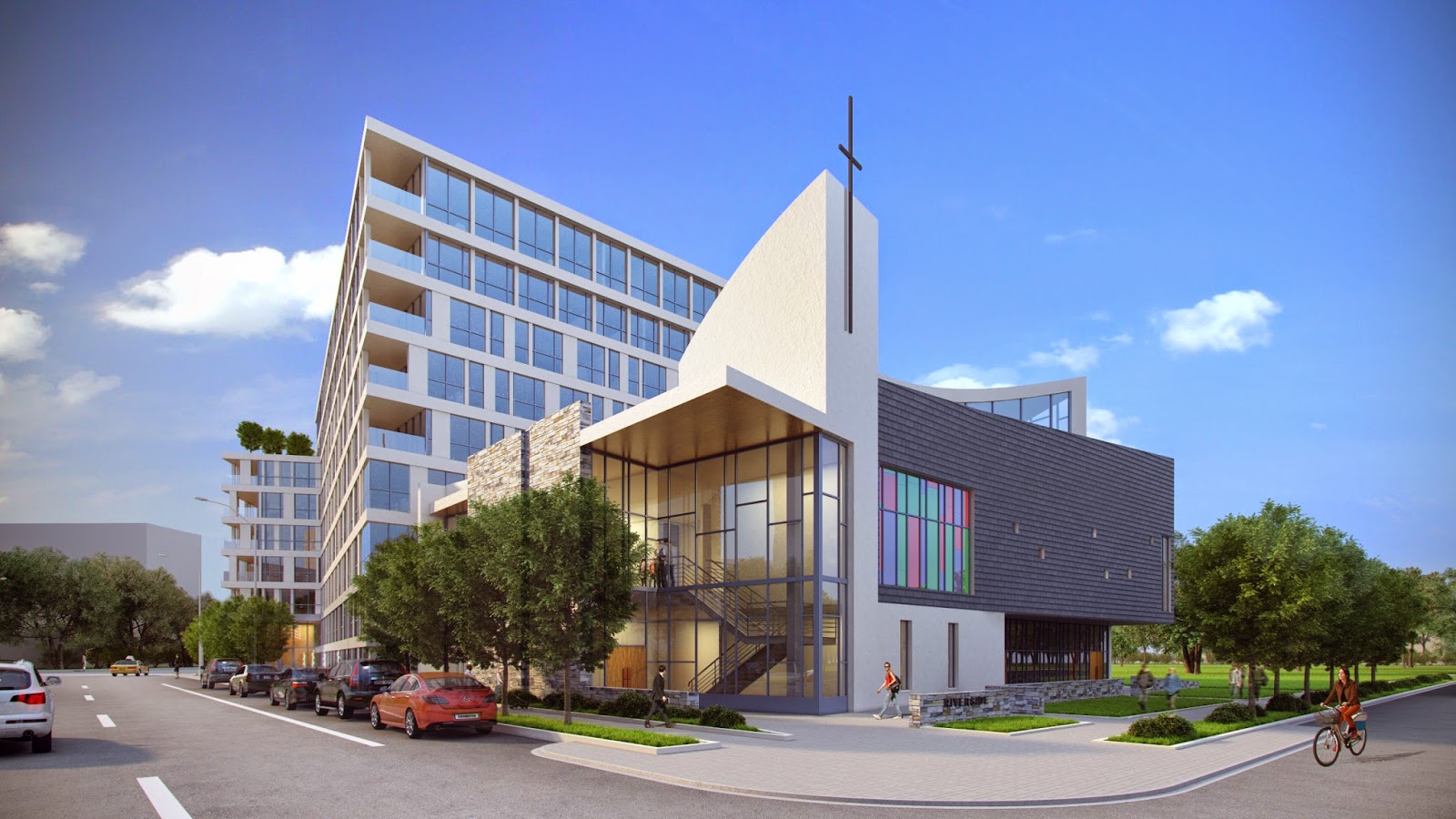 A PUD was filed earlier this month for the redevelopment of Riverside Baptist Church at 7th Street and Maine Avenue. Back in October, representatives from PN Hoffman presented their plans for the project, which includes a new sanctuary for Riverside facing Maine Avenue and a 7 to 9-story, 170-unit rental apartment building along 7th and I streets with ground floor retail. Approximately 14 of the units will be set aside for households earning up to 80% of Area Median Income. Not many changes have been made to the project since October. One change that may happen is the addition of four units and an indoor amenity space to the penthouse level. These changes assume that the Zoning Commission will adopt the recommended changes to the Height Act that allow for penthouses to be habitable. A hearing will be held later this year and if all goes well, construction will begin sometime in 2016 with completion in 2018.

This is the second church in Southwest that PN Hoffman has partnered with to do a mixed use development. Construction is underway down the street at 6th and M streets on a new St. Augustine’s Church and 525 Water Street, a mixed income condominium building that will deliver in 2016. Neither of these projects are a part of The Wharf, although PN Hoffman is one of the developer partners for that project.

Renderings courtesy of PN Hoffman
Posted by SWill at 12:13 AM

Do you have any information on the redevelopement of St. Matthews, 3rd & Delaware? It seems as though construction is NEVER going to start. The other 2 churches who partnered with PN seem to be moving a lot faster.

Over the objections of neighbors and the ANC, St. Matthews got a two-year extension on its PUD. The main reason was that the property is presently zoned in a flood plain, but once the Mall flood gate project is completed the zoning will change. Construction in a flood plain is more expensive so the developer sought an extension.

Wish the planned residential development at Riverside Baptist Church was going to be condos rather than apartments. The city has a glut of new apartments. Would be nice to see some new condo options in the neighborhood.