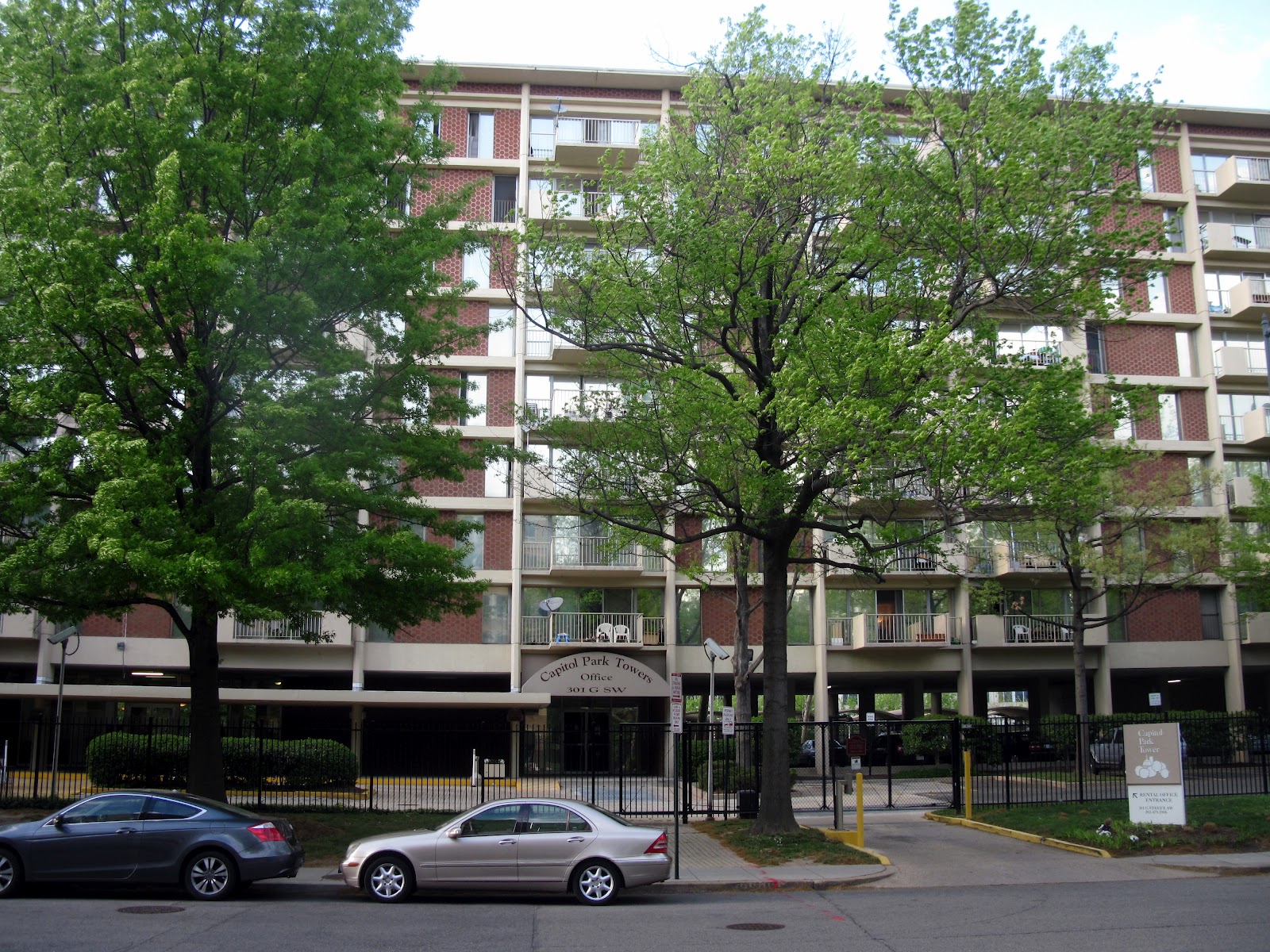 Capitol Park Tower has been upgraded in recent months following the purchase of the building from UIP and Perseus Realty. Units have been renovated with stainless steel appliances, new cabinets, subway tile backsplash, new bathroom fixtures, and USB ports in outlets, among other things. A photo gallery can be found here. Within the past month, new signage has appeared outside of the building and some of the common areas have been improved (the above photo is an older photo from 2012).

A meeting was held last week with residents of Capitol Park Tower to discuss the next phase of improvements. The owners are planning an addition on the north and east sides of the property. Of the approximately 295 rental apartment units planned, 271 will be market-rate and the remaining 24 will be IZ units. 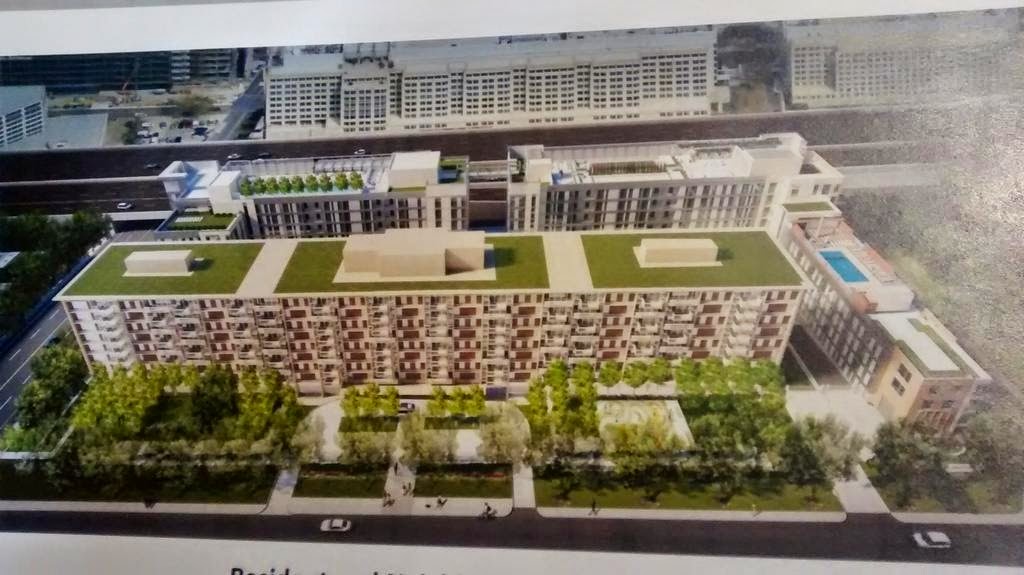 Dan Urban Kiley was the original landscape architect of Capitol Park Tower, which was designed by Chloethiel Woodard Smith and built in 1962. The landscaping and building were designated historic by HPRB a couple of years ago, which put on hold previous plans for the property. On the north side of the property, the new construction will be built on top of the parking area. Below is a tweet from Capitol Park Tower:


Construction is expected to begin in November and would be completed by the end of 2017. Due to its status as a historic landmark, the plan will need to be approved by the Historic Preservation Review Board. More information will be forthcoming as this project goes through the approvals process.