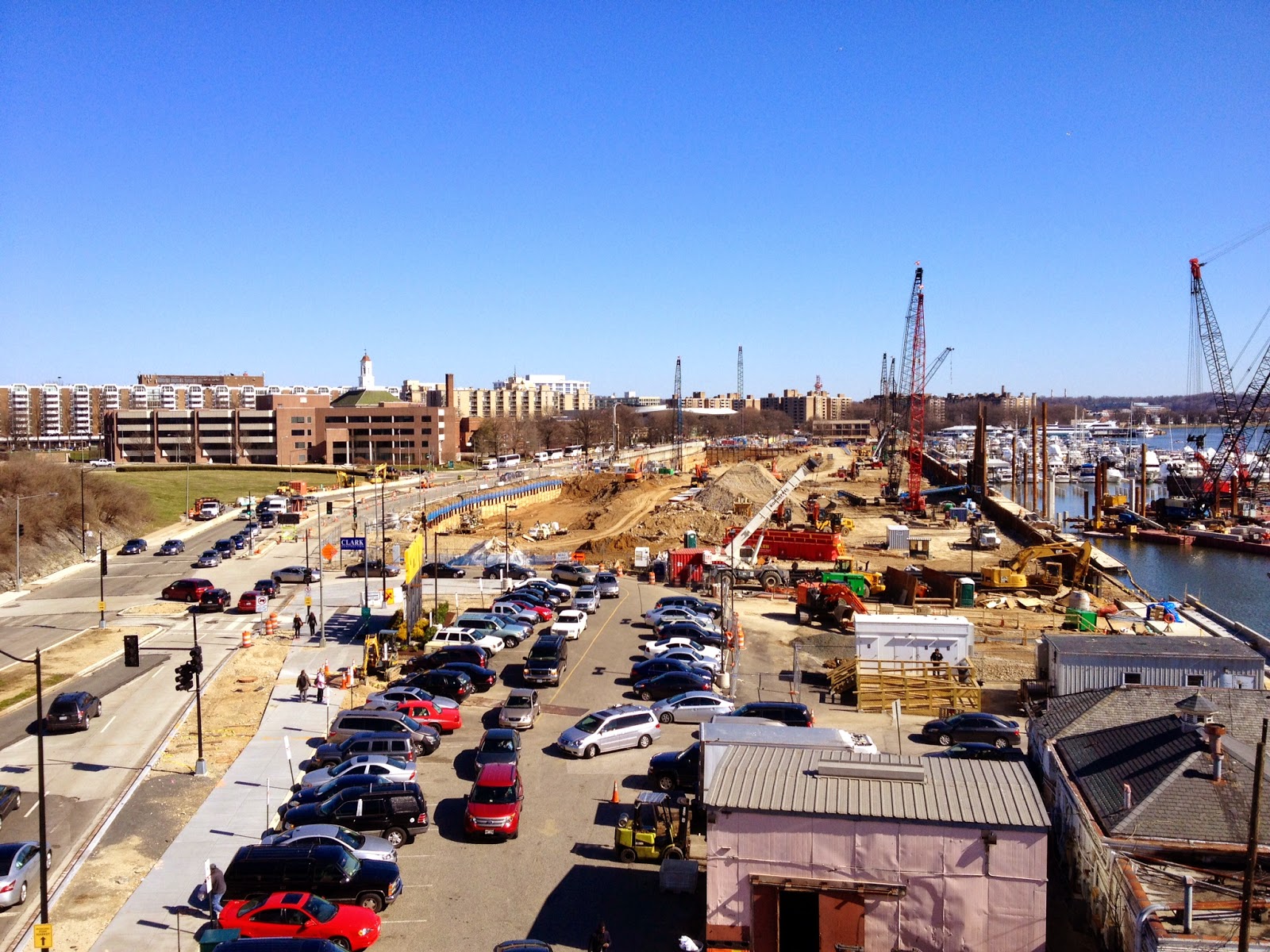 It's been a little more than a year since a groundbreaking ceremony was held at The Wharf along the Southwest Waterfront. Since then, the site has been a hive of activity, with demolition, utility work, pile driving, parking lot construction, new streetlights, dock rebuilding, and other waterside activities. Now, excavation at The Wharf is now well underway. Below are a few photos:


In dining news, the Washington Business Journal revealed last week that several celebrity chefs are planning to open restaurants in the first phase of The Wharf. From the article:

The first phase of The Wharf is scheduled to open in the fall of 2017.

Email ThisBlogThis!Share to TwitterShare to FacebookShare to Pinterest
Labels: construction, The Wharf

Pretty sure that the three cranes nearest Maine Avenue are putting up blue tower cranes!

For those interested in putting their money behind this project's public spaces, OCFO says that it will issue municipal bonds in or after July. The bonds will be repaid from PILOT fees paid by the developers, and secondarily from TIF revenues from downtown.

This is exciting restaurant news. I've been worried that The Wharf might be overtaken by generic national chain restaurants.

Is there any word on what will happen to Cantina Marina? I'm guessing it's unlikely, but I would love it if there were some way to preserve that beloved, laid-back neighborhood spot even after all the shiny new places arrive.

Cantina Marina is expected to operate as is, based on my understanding and reading of the plans.