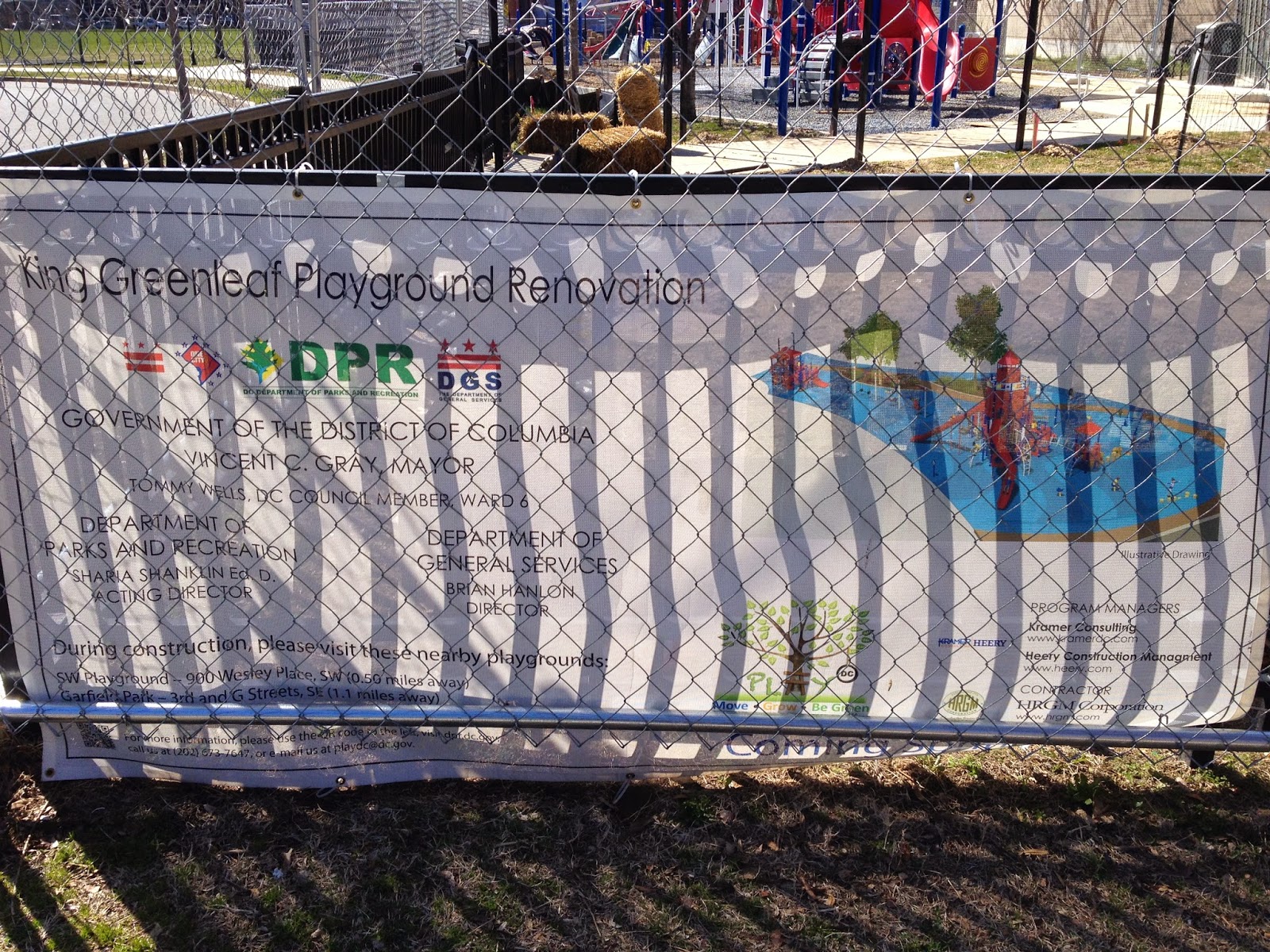 Two playgrounds are currently under construction in the neighborhood – both are part of the Play DC playground improvement program. One is located at King-Greenleaf Recreation Center at 201 N Street and the other is at Randall Recreation Center, located at South Capitol and I streets. King-Greenleaf’s new play equipment has a nautical theme. In addition to new play equipment, there will be a splash park. Below are some construction photos:

Over at Randall Recreation Center, the playground was delayed for over a year before construction began in late 2014. At one point, the site was under consideration for a charter high school, but KIPP decided to build elsewhere in the city amid neighborhood opposition. A skate park and splash park that would have fronted I Street have been removed from plans for phase one of the playground due to lack of funding. The playground equipment at Randall also has a nautical theme, but focused on pirates. Below are a couple construction photos:

Both playgrounds should be complete later this spring.
Posted by SWill at 12:48 AM