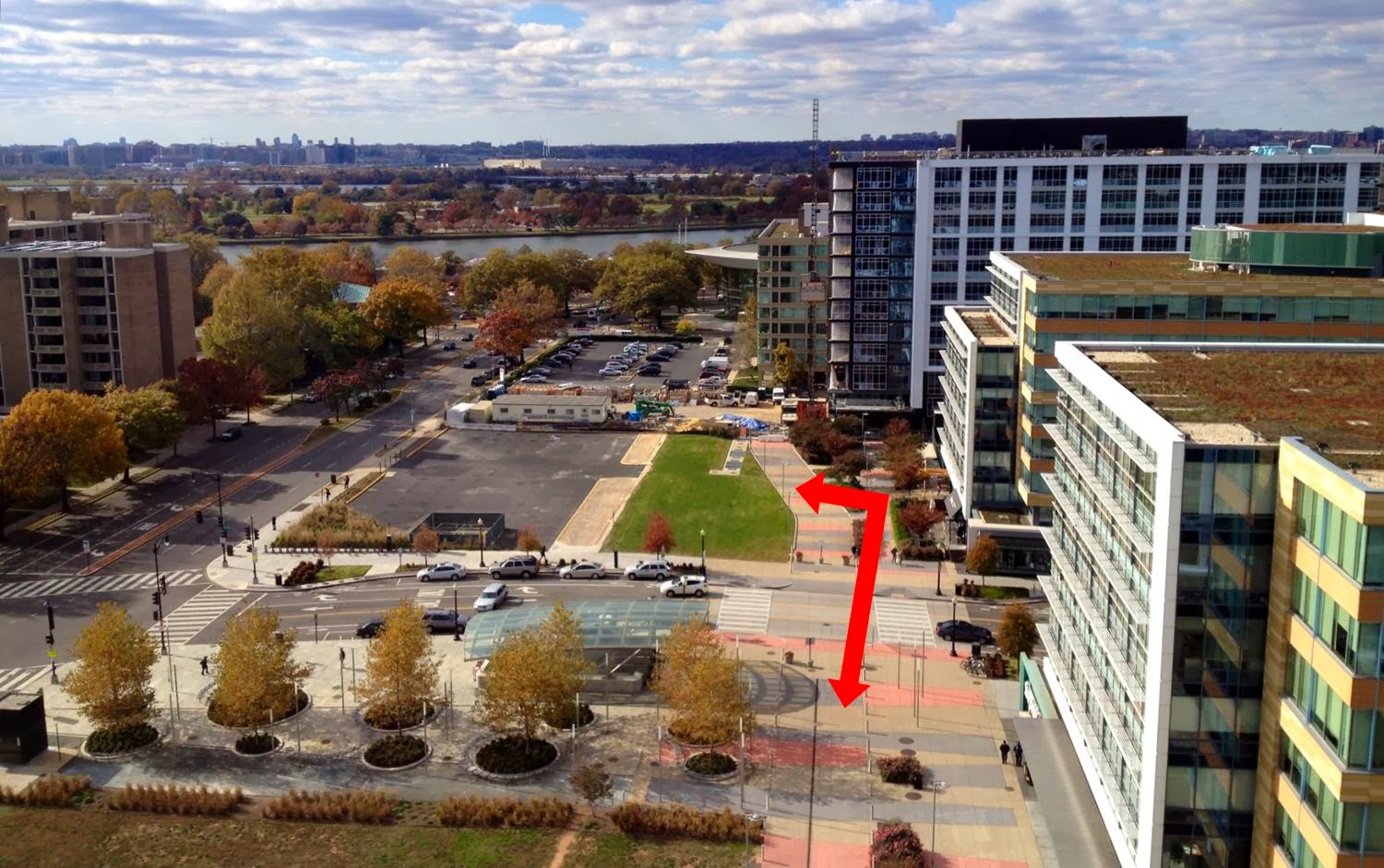 Back in January, representatives from Vornado and Forest City came before the ANC to seek their support for a two-year extension of stage one PUD approval for the planned office buildings on the southeast and southwest parcels at Waterfront Station. The commissioners tabled discussion on the resolution – one of their main concerns was the lack of activation of the vacant sites. One month later, the developers have come back with some ideas to transform the southwest lot into a “Community Square” with flexible event space, outdoor seating, a stage on top of the existing stairwell, green space, and perhaps a beach volleyball court on the far west side of the site. Over the past few months, the developers have slowly begun activating the space. About 400 people came to the SOUP-er Bowl event last month and a Fashion Truck event was held in December. However, expect more activity on the vacant parcels in coming months. An event called Hunt DC will be held on April 25 where 1,500 to 2,000 people are expected to attend. Hunt DC is a city-wide treasure hunt that will start and end at Waterfront Station. There are preliminary plans to hold a night market each Friday starting in May, beginning with 25 vendors. In addition, a monthly food truck event will be held in the Community Square. Meanwhile, the southeast parcel will remain green space, which could potentially be used as kickball fields by U.S.S. league.

Another concern of the commissioners was the lack of signage along the private drive that runs between Safeway and the Metro entrance. The road is one-way going away from 4th Street, serving as an access point to Sky House and Lex at Waterfront Station. Many pedestrians are unaware of the road’s existence due to its design and according to the commissioners it poses a safety hazard. The developers presented signage improvements that will soon be installed along the private drive on both sides of 4th Street. Upon hearing about the planned activation of the vacant spaces and road signage improvements, the commissioners voted unanimously to support the PUD extension.
Posted by SWill at 5:24 PM

I also heard they may use the area as a farmer's market.