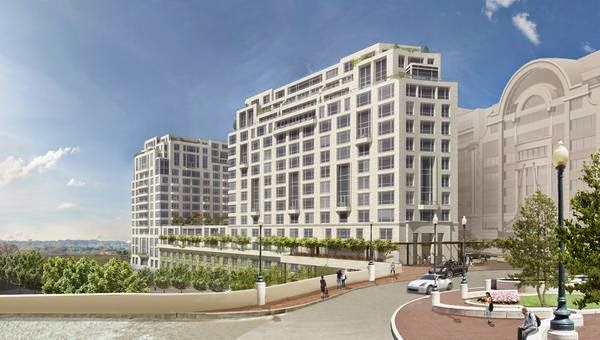 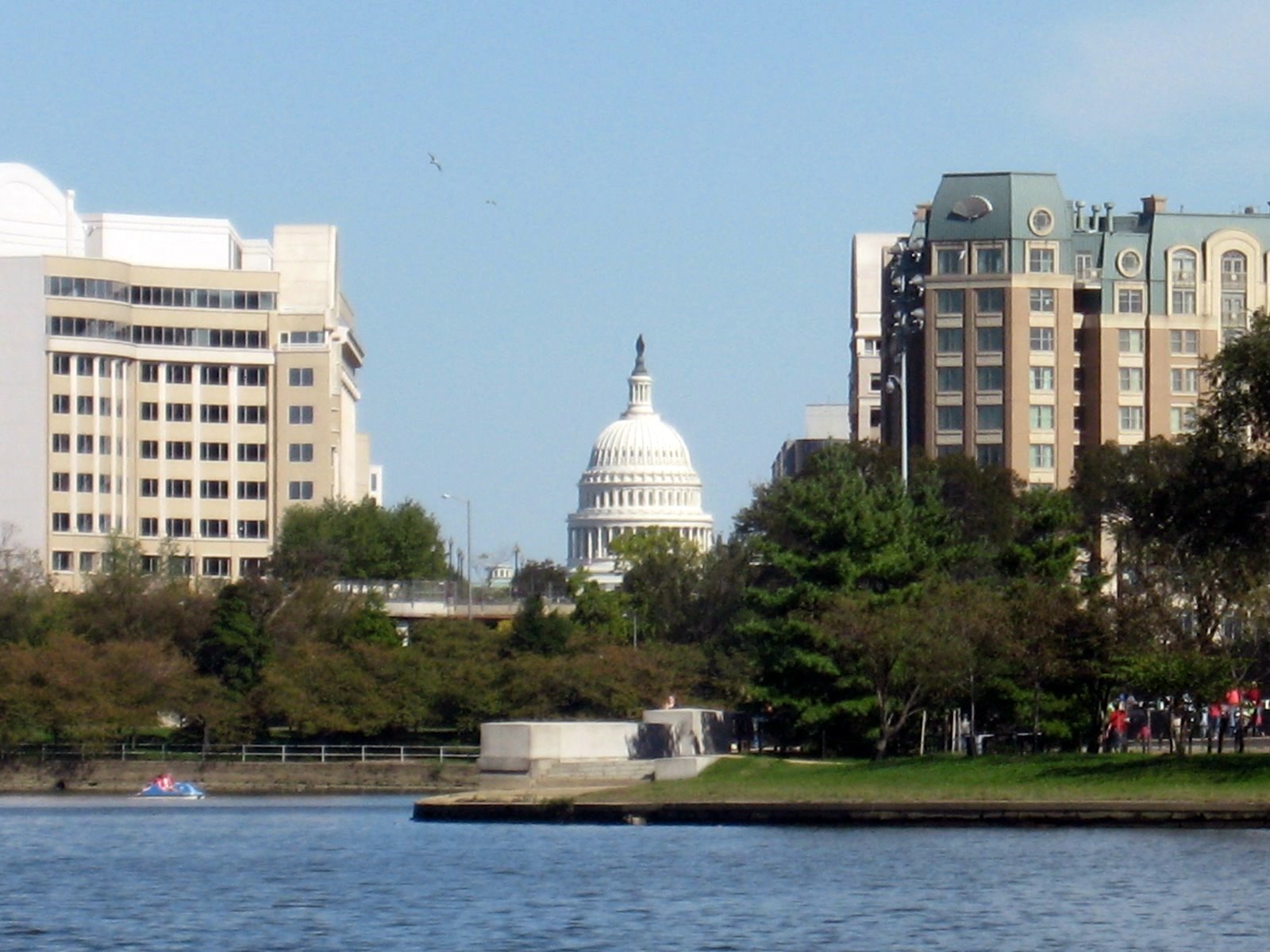 Currently, the area south of the National Mall and north of the SW freeway is primarily an office zone (save for a few hotels) which shuts down after work hours. With this new residential project that image may start to change. The SW Ecodistrict Initiative calls for at least 1,000 residential units in this area of Southwest in order to increase the mix of uses and help turn the area into an 18-hour, live-work-play neighborhood. Although technically outside of the SW Ecodistrict Initiative borders, introducing residential to The Portals may incentivize others to eventually do so within the Ecodistrict.

The Commission of Fine Arts (CFA) reviewed the concept plan for the residential building back in November and expressed concern about the project’s height and design. In addition to being the first residential building in this area of the District, 1399 Maryland Avenue would be among the tallest buildings in the city, since Maryland Avenue is elevated above the rail tracks by 46 feet or so and the 130-foot height is measured from the street surface, not ground level. The other buildings at The Portals are 90 feet tall. With regard to the design, the CFA was concerned that the proposed building’s prominent location at the entrance to the monumental core of the city from the 14th Street Bridge should not have a building that does not stand out too much or is too complex. The Commission requested that Robert A.M Stern Architects refine the design to address these issues. The above and below renderings show the revised concept.

In its letter to the developer dated January 30, the CFA stated:

While finding the revised design to be considerably improved, the Commission made several recommendations for the development of the design and did not take a formal action on the concept submission.

Republic will need to refine the design further and resubmit the project for review by the CFA. The WBJ first reported on this story.

Found this rendering of the entire Portals project, as entitled; this replaces the wedge-shaped office building at the western edge. Portals IV looks to be a mirror image of the NE building.

It'll be interesting to see what they do with the below-street-level floors. Units there could have a great view of the Tidal Basin and Jefferson Memorial... right over their eye-level view of the 14th Street bridge.