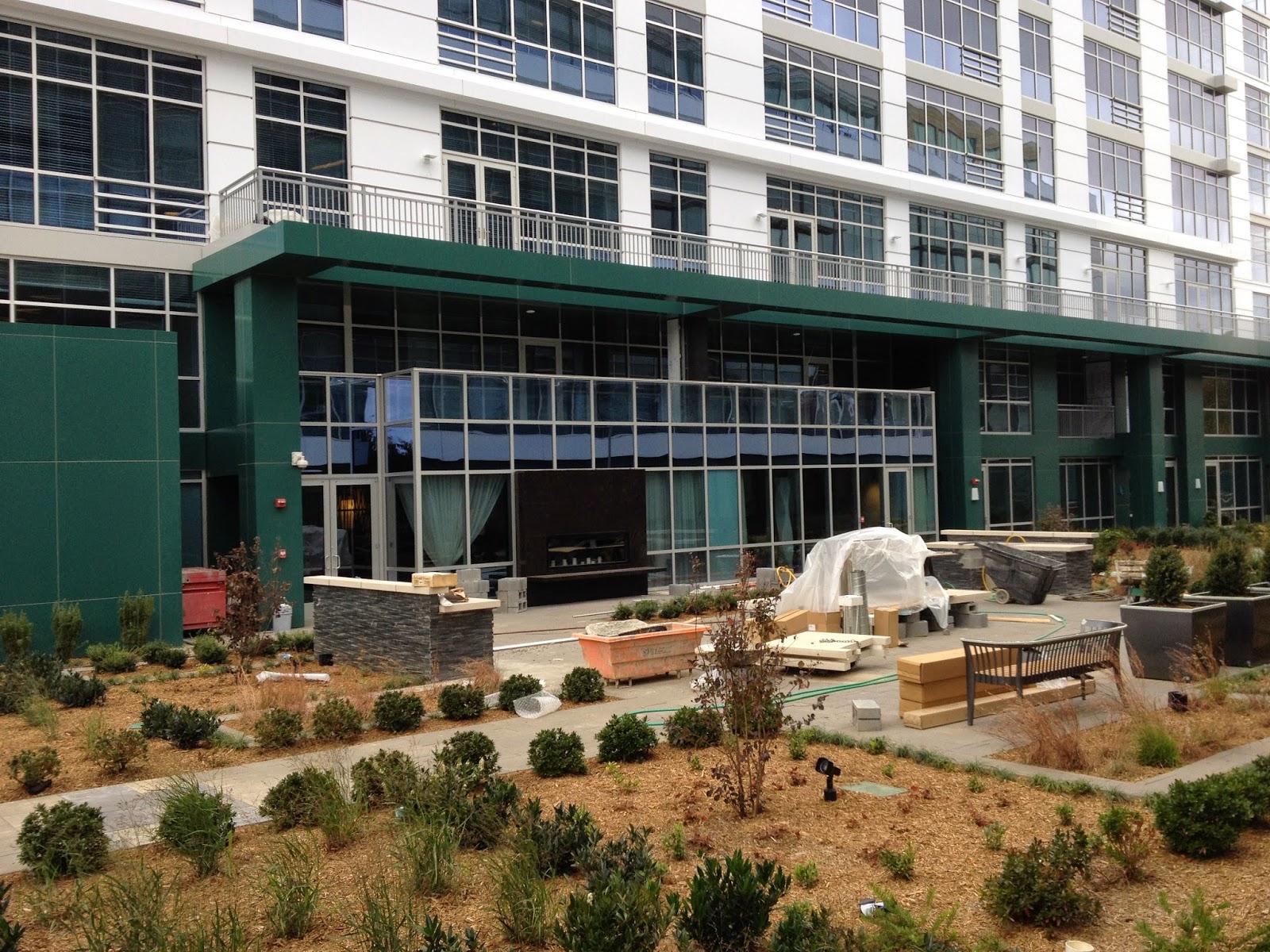 In case you were wondering what was taking so long for Sky House West apartments at Waterfront Station to start leasing, it was reported today in the Washington Business Journal that the building was sold by Urban Atlantic and The JBG Companies to Bernstein Management Corp for $80 million. Typically, if a newly constructed apartment building in DC is sold, it is done so before tenants move in so TOPA rules do not go into effect. Sky House West is a 264-unit building which was formerly an office building that served as the headquarters of the EPA. From the article:

Bernstein owns and manages nearly 90 properties in the D.C. area. Its CEO said Sky House West is a "terrific asset," that Urban Atlantic "did an excellent job with the gut renovation, creating a quality product."

Its sister building Sky House East, which is still owned by Urban Atlantic and The JBG Companies, began leasing in early 2014 and is now more than 95% occupied.
Posted by SWill at 11:12 PM

Note that Sky House East is also being sold to Bernstein. But since tenants have already moved in there, the sale is awaiting the passing of the TOPA period.

And here's the kicker: There was actually a meeting last night to discuss resident purchasing, so ppl are trying... We shall see

What are TOPA rules and TOPA period?

TOPA is Tenant Opportunity to Purchase Act. This law allows the tenant association of an apartment building the first right of refusal to purchase their building within a certain time period if the property is sold before the buyer closes on the sale.