Portions of The Wharf are Ahead of Schedule 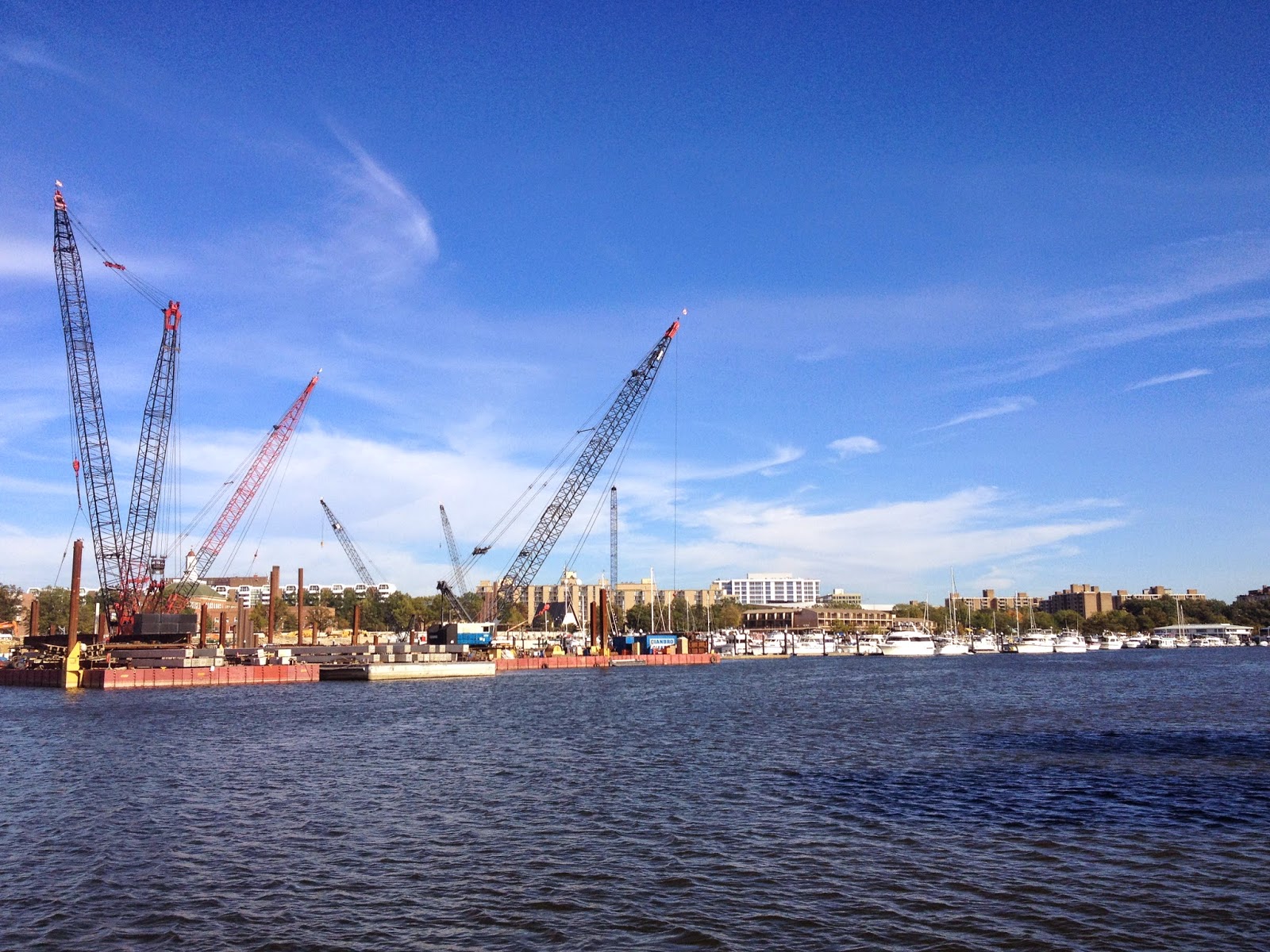 Demolition continues apace over at The Wharf development. Phillips Flagship is now gone and the only building left along the waterfront from 7th Street to the Maine Avenue Fish Market is the Capital Yacht Club/Jenny’s Asian Fusion (both establishments have been relocated to the former Channel Inn).  Utility work along Maine Avenue should last until sometime in December. 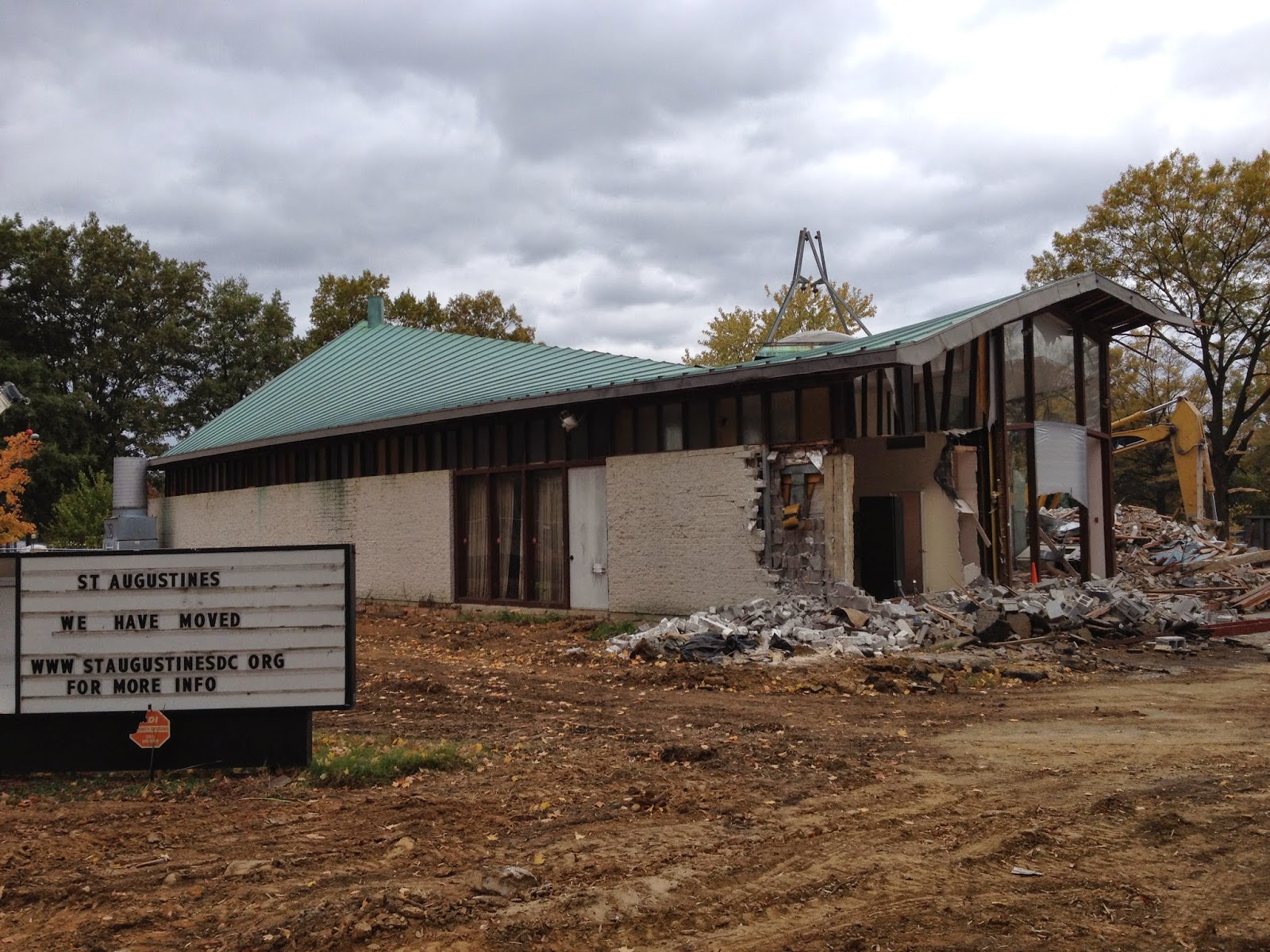 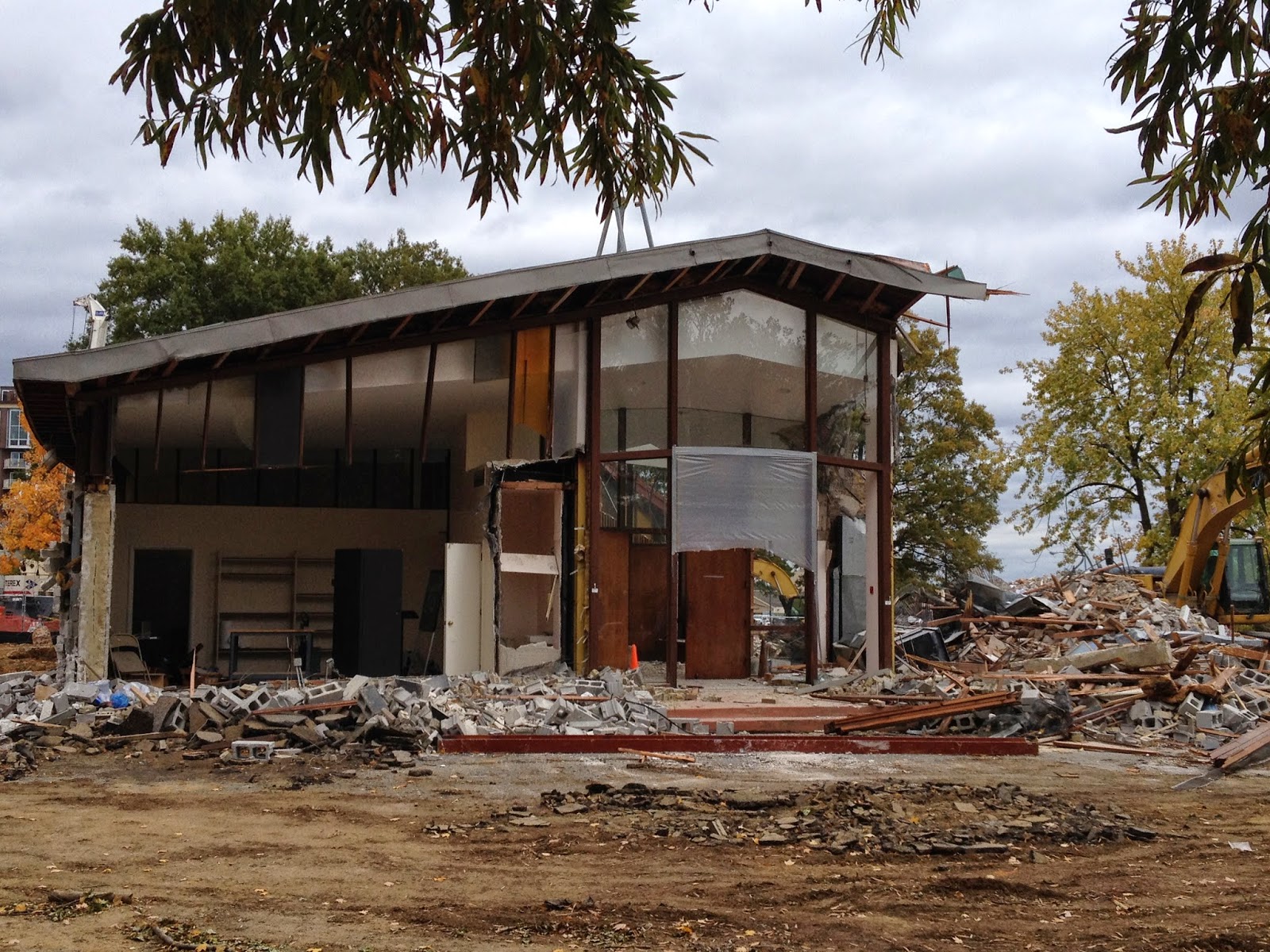 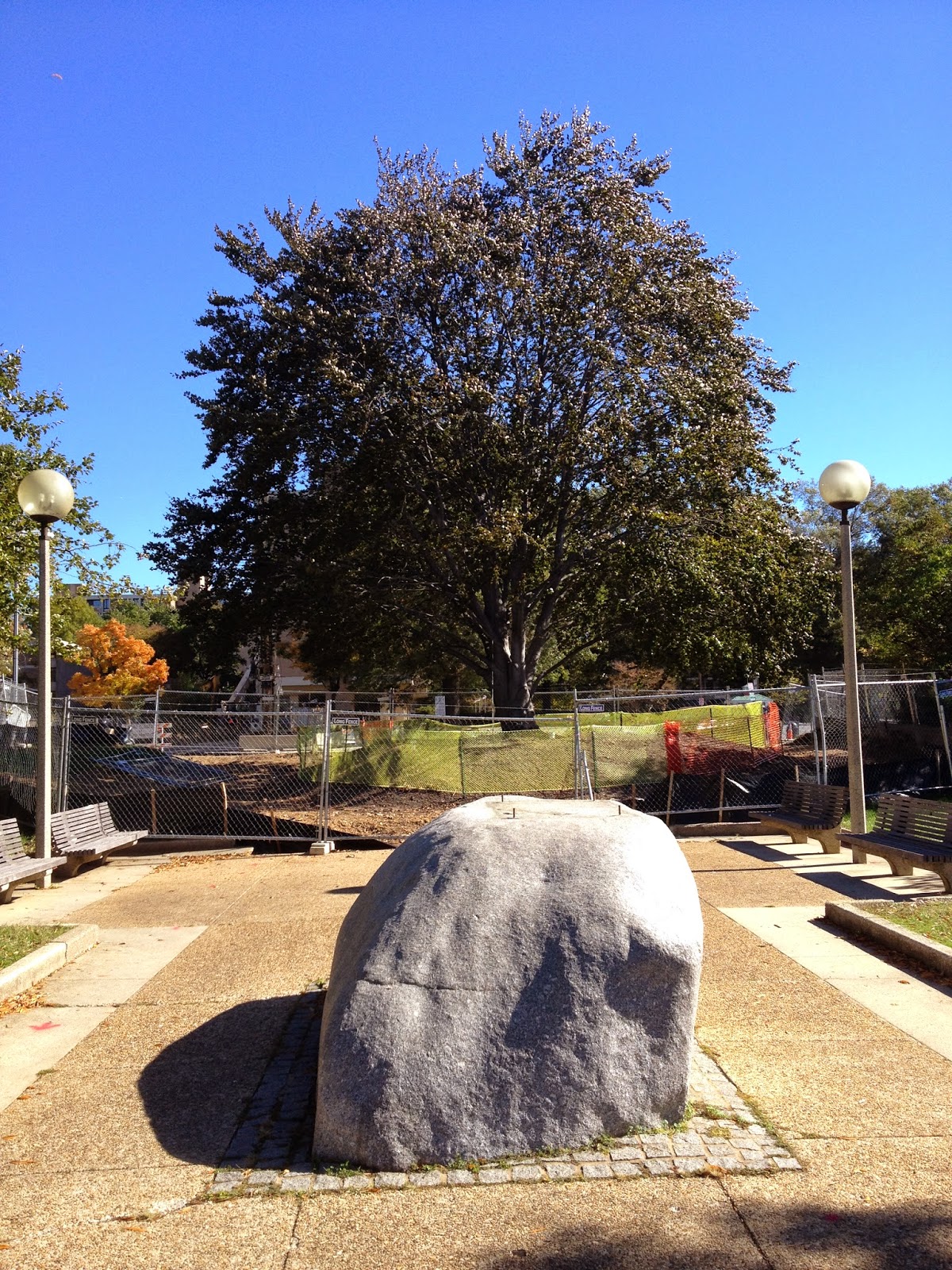 Over at 6th and M streets (also known as Parcel 11), demolition began last Thursday at St. Augustine’s Church. Prior to the demolition, the copper beech tree on site was moved to the site of the future Waterfront Park near where the Maine Lobsterman statue used to be located (it has been put in storage and will be reinstalled near the Maine Avenue Fish Market). In the demolished church’s place will be a new St. Augustine’s, as well as 108 mixed-income condo units, which should be complete in 2016. 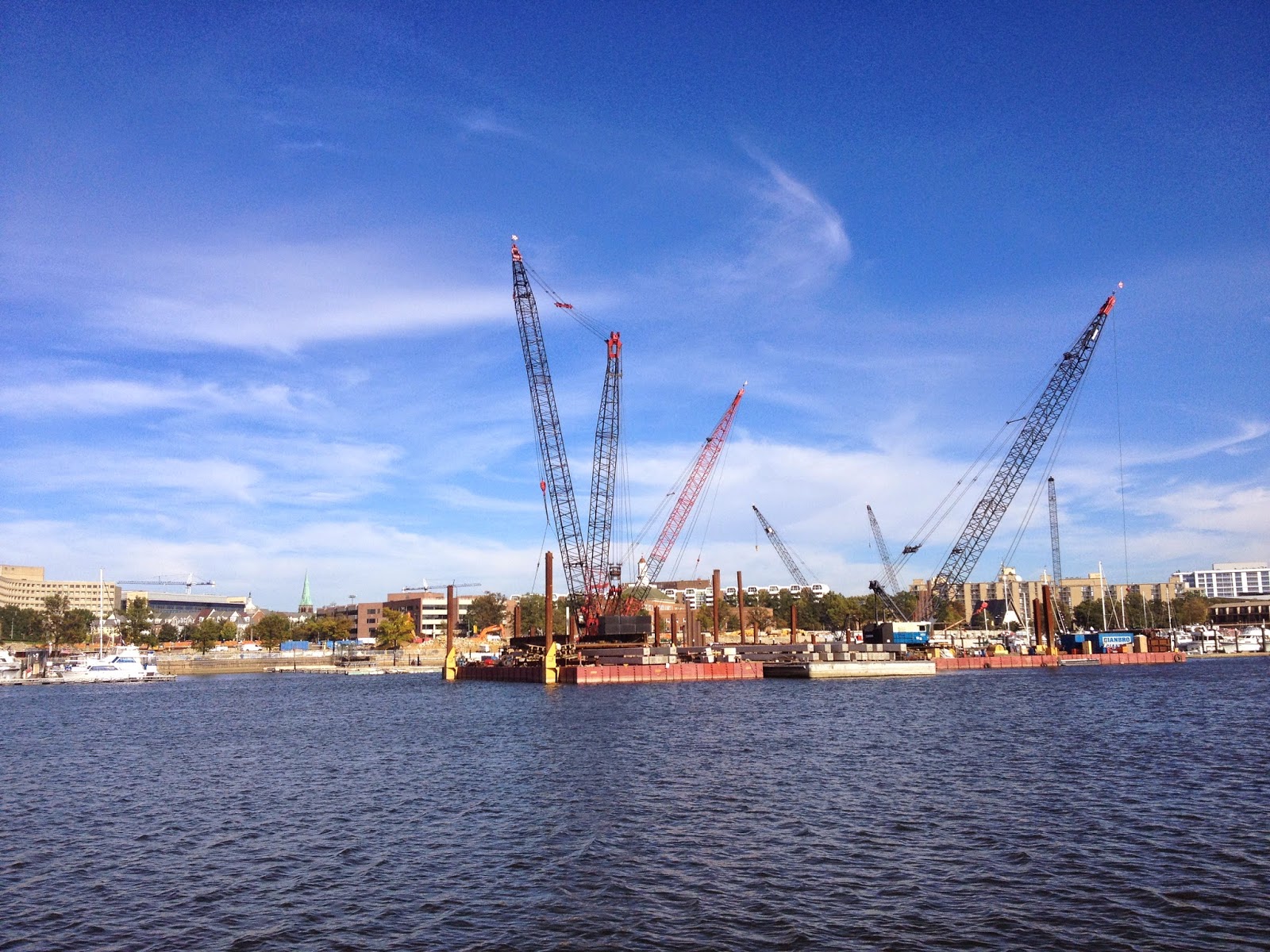 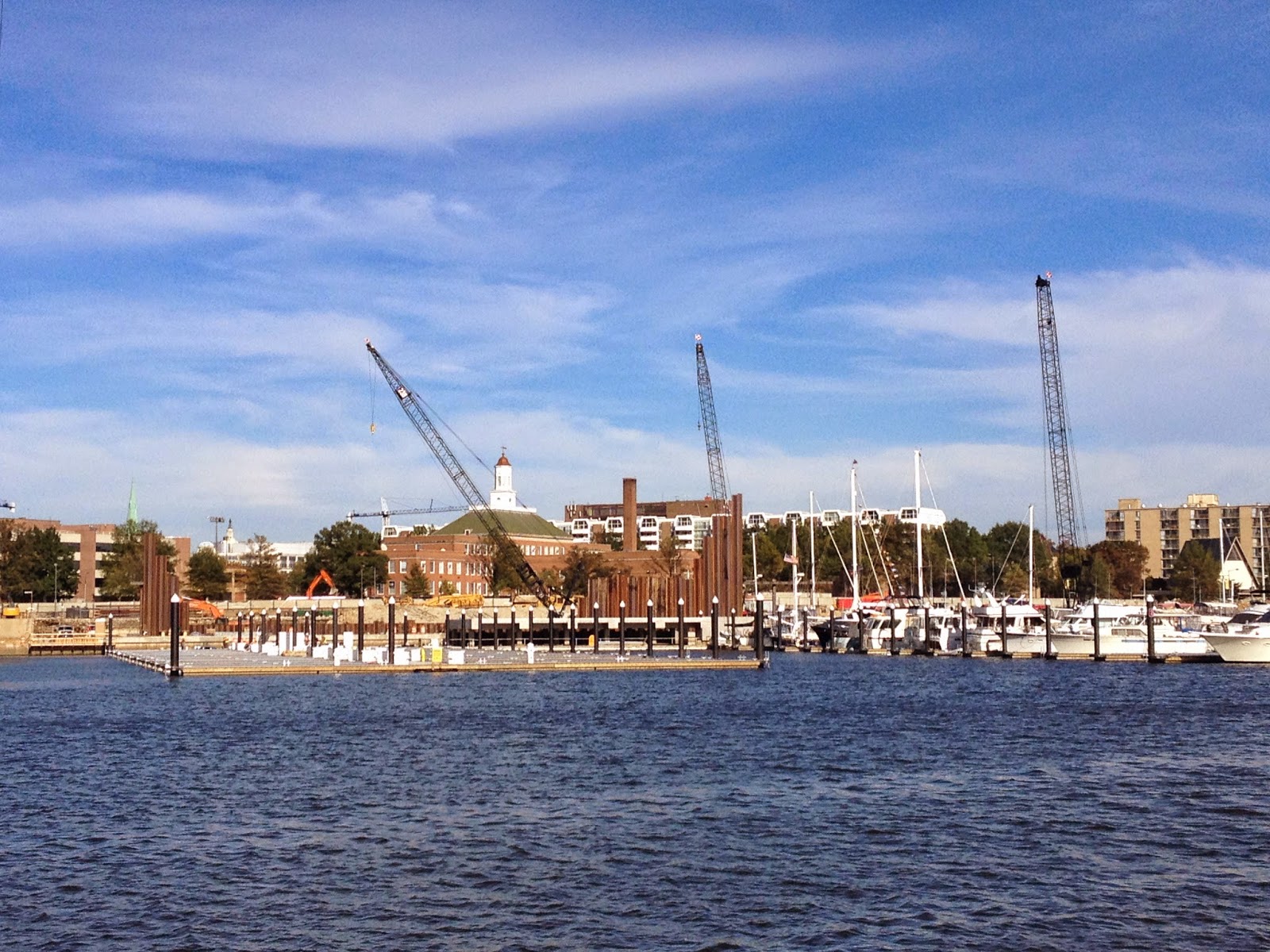 Even more progress has been made on the water side of The Wharf development as crews are months ahead of schedule. New docks and slips have been installed for the Capital Yacht Club to the east of 7th Street and piles are being driven for the massive District Pier that will extend from Maine Avenue at 9th Street out into the Washington Channel. Work on the seawall will also soon be underway. 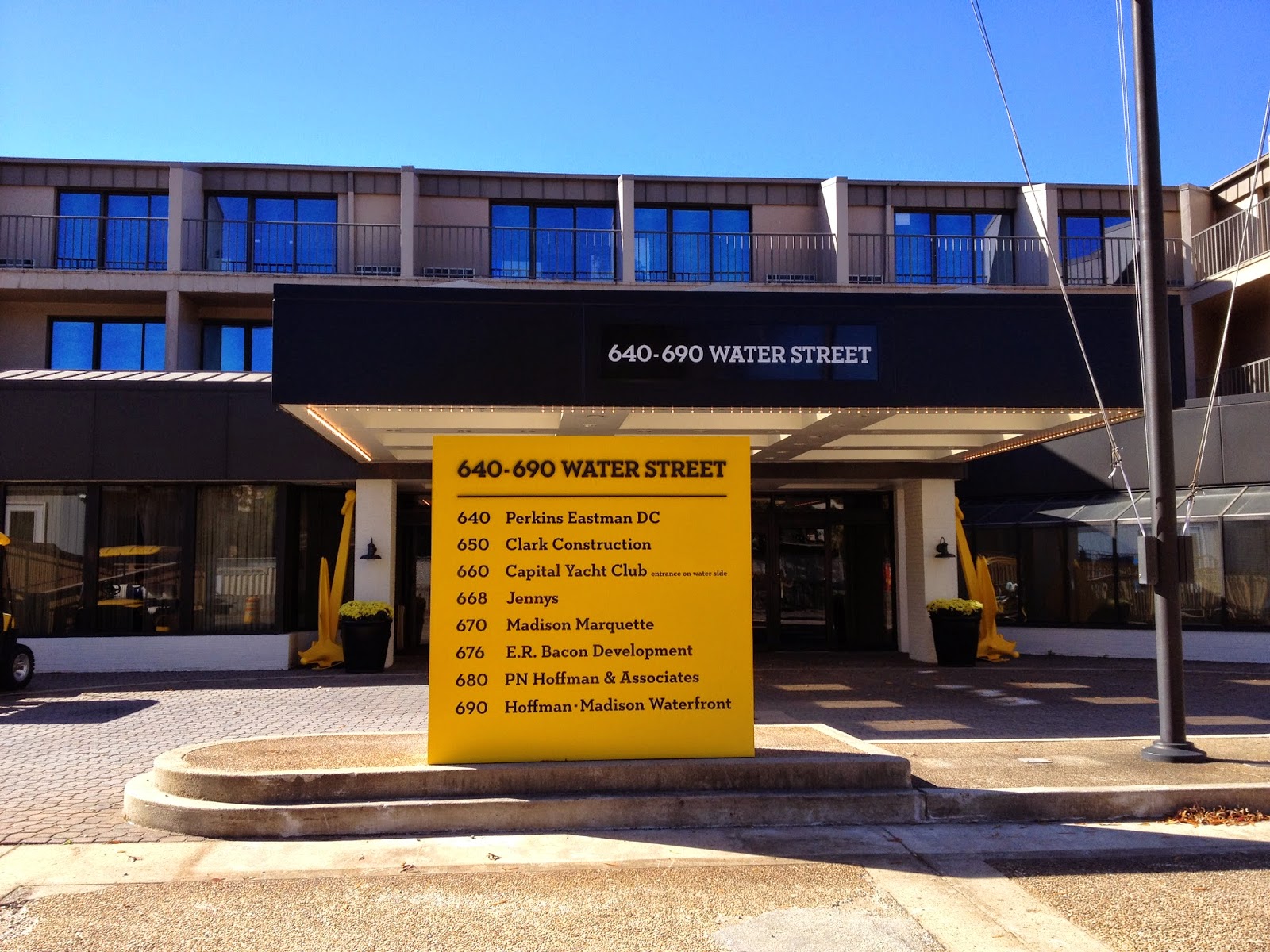 Meanwhile, renovations have been made to the former Channel Inn at 7th and Water streets and will contain several offices, including Perkins Eastman DC, Clark Construction, Capital Yacht Club, Jenny’s, Madison Marquette, E.R. Bacon Development, Hoffman-Madison Waterfront, and PN Hoffman & Associates (PN Hoffman’s corporate headquarters will remain at the Wharf – either at Parcel 3A or at Pier 4). Jenny's may re-open at the Channel Inn by next moth in a cafe format serving breakfast, lunch, and dinner.
Posted by SWill at 8:46 AM

There's a neat display just inside the old hotel lobby that shows how many days until the deadlines for various parts of the project. The hotel pads, for instance, are still 500 days away -- and that's before they even get to vertical construction!