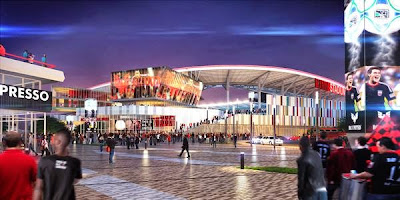 Council Chairman Phil Mendelson will hold a public hearing tomorrow evening to discuss the legislation surrounding the proposed DC United stadium on Buzzard Point. The hearing will be held at the Wilson Building downtown starting at 6pm. It is likely that the Council will vote on the stadium next week soon, so at Monday's ANC 6D meeting, the Commissioners voted unanimously to urge the Council to delay their vote until the next Council session begins in early 2015 in order to fully address unresolved issues with the bill.
Posted by SWill at 6:37 PM

C'mon D.C. Council. Don't chase away D.C. United like you did the Redskins.