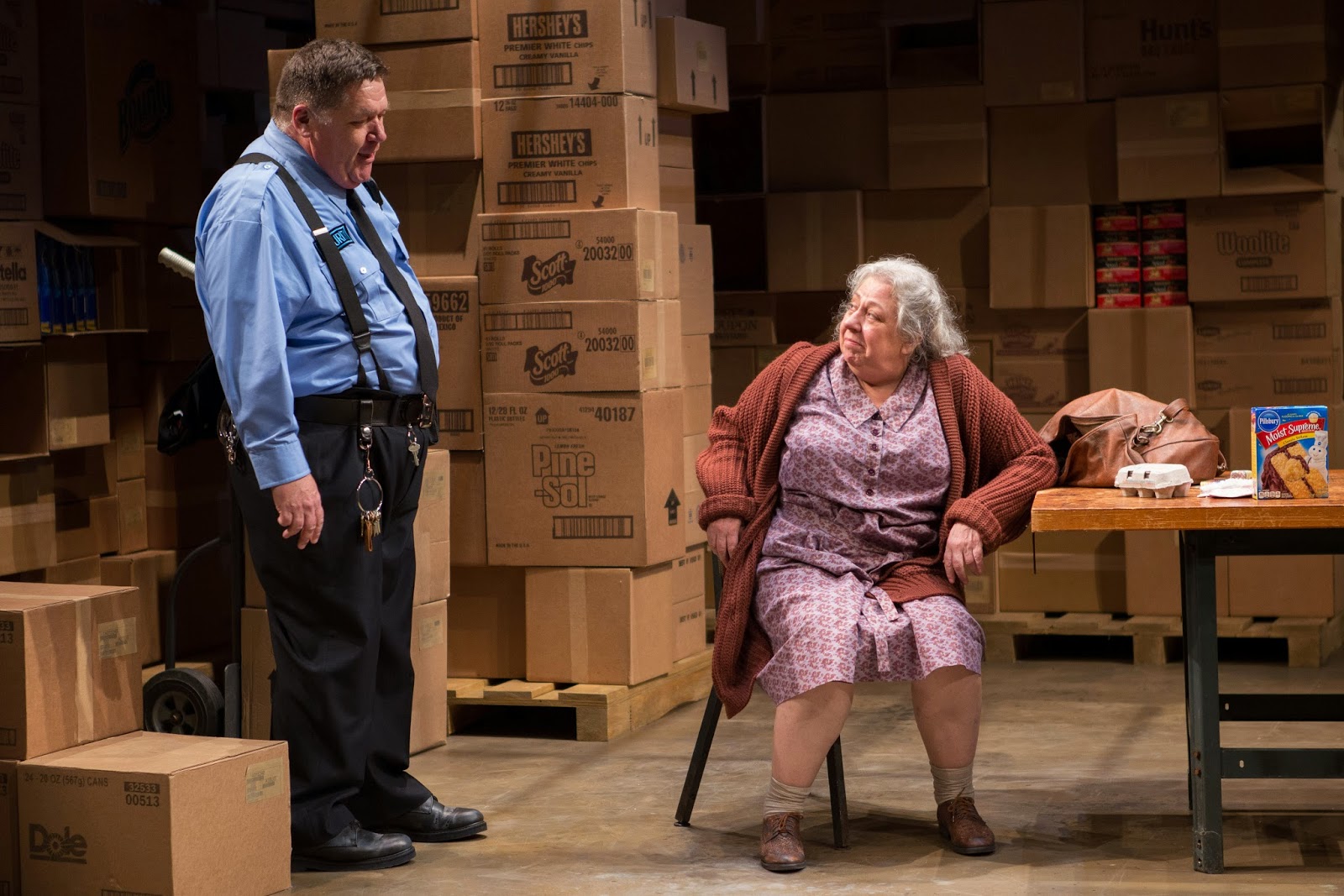 The 2014-15 season at Arena Stage is underway with a new comedy from Canadian playwright Morris Panych called The Shoplifters. The four-person cast is led by Tony Award-nominee Jayne Houdyshell as Alma, Delaney Williams who portrays Otto, Jenna Sokolowski as Phyllis and Adi Stein as Dom. As the title of the play implies, it is about a seasoned shoplifter, who along with an accomplice are caught by a rookie security guard. The ensuing dialogue between the four characters reveals societal differences (and similarities) between the haves and have-nots through humor. At about 90 minutes (including intermission), the show goes by very quickly. Although at times it felt like some of the jokes seemed a bit forced, overall I enjoyed The Shoplifters – all four cast members delivered strong performances. My main question is: how many days do those steaks used in the show last before they need to be replaced?  (they are actually fake)

A day after seeing the show, I saw Houdyshell at the Waterfront Station Safeway and was tempted to tell her not to use the five-finger discount, but I resisted the urge to do so. If you’re looking for a good laugh and have 90 minutes to spare, I’d recommend seeing The Shoplifters. Tickets for The Shoplifters are from $45 to $90 and the show will run at the Kreeger Theater until October 19. Unfortunately, Southwest Night already passed for this production since it was on September 9.

Photo taken by Teresa Wood, courtesy of Arena Stage
Posted by SWill at 12:46 AM