Will Fannie Mae Reconsider Southwest for its HQ? 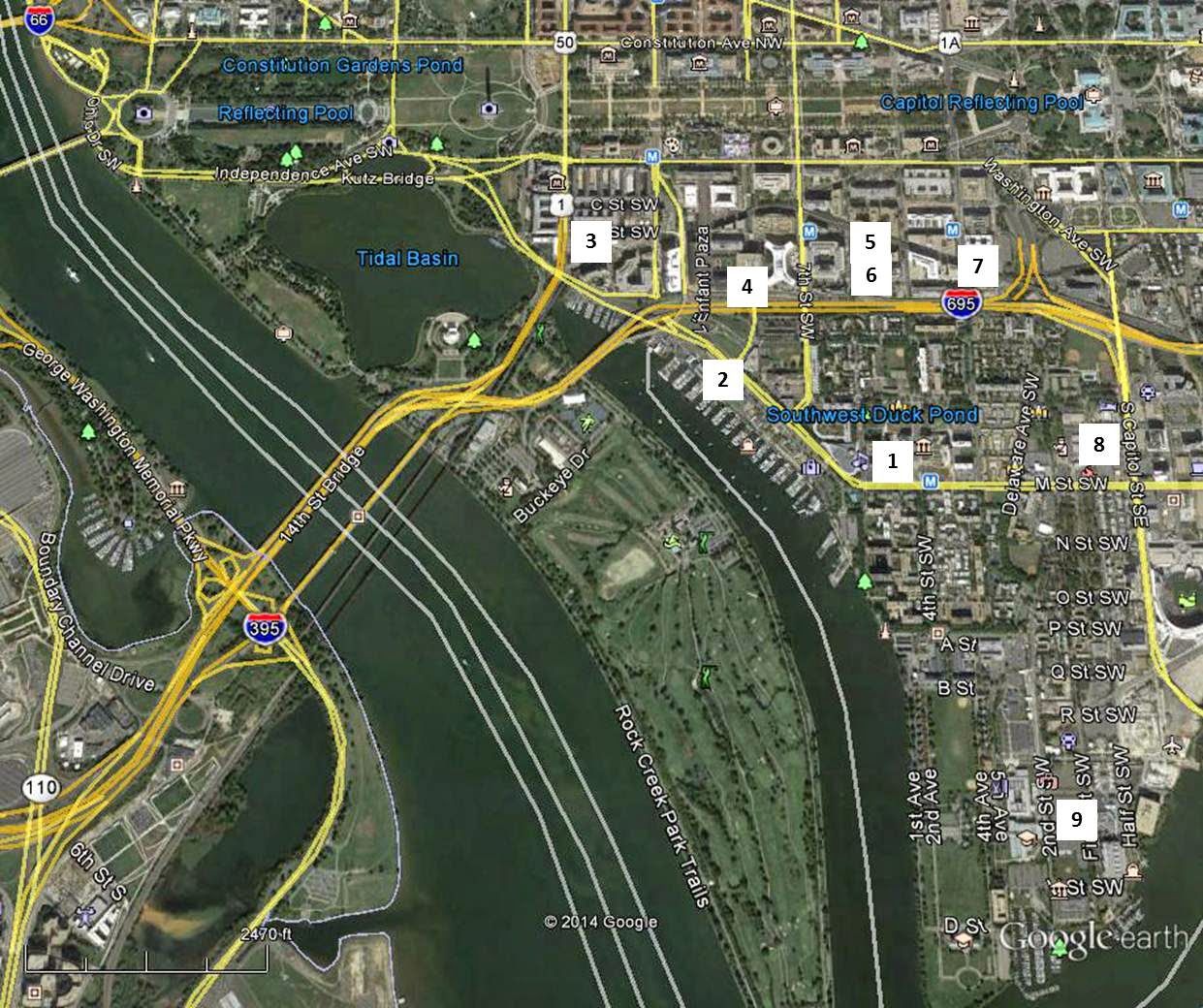 It was reported in the Washington Business Journal and the Wall Street Journal that mortgage finance giant Fannie Mae is selling its headquarters building in Upper Northwest and wants to consolidate its operations in leased space closer to downtown DC. Fannie Mae is looking to move to their new headquarters over the next two to three years, so they have the option of leasing in existing space or new construction. Almost a decade ago, Fannie Mae was planning to be the anchor tenant at Waterfront Station, but financial troubles put the kibosh on those plans and they remained at their current headquarters. Subsequently, the District government decided to lease both buildings in phase one of Waterfront Station and the project was able to move forward. Now that Fannie Mae is on the hunt for new space, perhaps it will give Southwest another look? Let’s take a look at their options in Southwest (since the size requirement for Fannie Mae wasn’t disclosed in the articles, the following options may or may not work based on size needs): 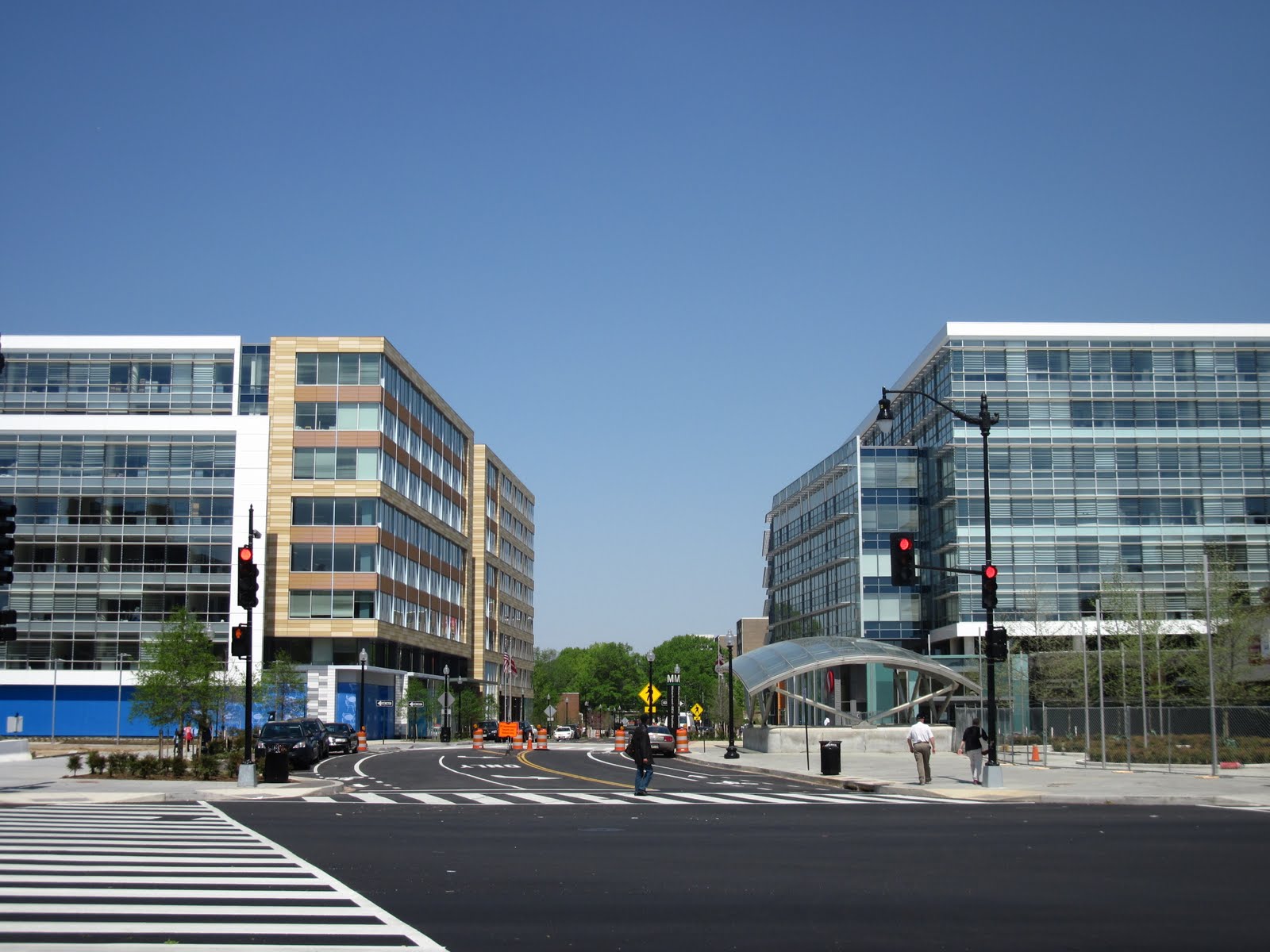 (1) Waterfront Station: There are still two vacant parcels along M Street on either side of 4th Street that are slated for office. The SE parcel is right on top of the Waterfront metro station and both buildings have plans for ground floor retail. Waterfront Associates won’t start construction on either of those parcels until it secures an anchor tenant. Since Fannie Mae was already planning to move to Waterfront Station at one point, this location probably has a leg up on the competition.

(2) The Wharf: Alternatively, Fannie Mae could opt for office space at The Wharf, which started construction in March and won’t be complete until 2017. There is an office building planned in Phase One of construction (Parcel 3A) facing Maine Avenue and a second building could be built closer to the Maine Avenue Fish Market (Parcel 1) if Hoffman-Madison Waterfront found a tenant. The Graduate School USA was originally going to occupy the Parcel 3A building, but backed out of the deal a couple years ago. The Wharf was a contender for The Washington Post, but ultimately the media company decided to move only a few blocks east from its current headquarters building downtown. 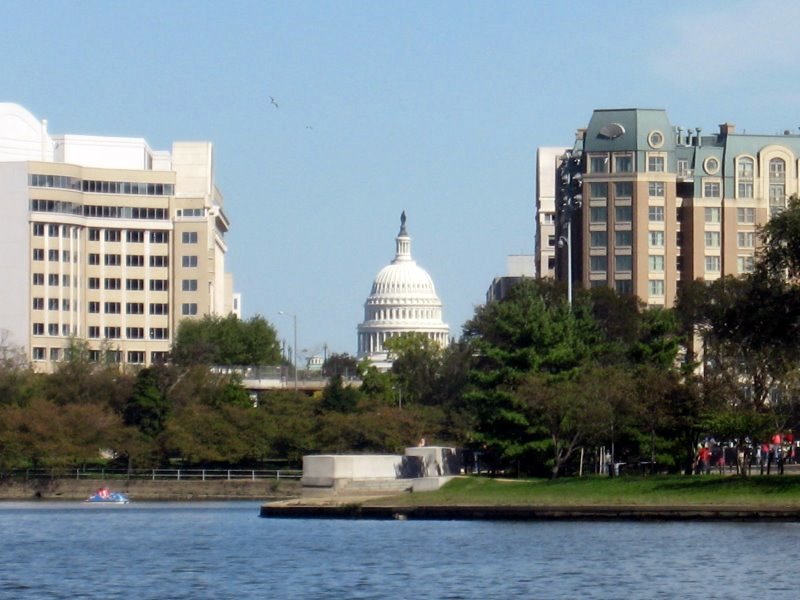 (3) The Portals: Republic Properties has an empty parcel at The Portals that is next to the Mandarin Oriental Hotel on the 1200 block of Maryland Avenue. In addition to the hotel, there are three office buildings that have already been completed at the complex. A Portals address would give Fannie Mae execs sweeping views of the Tidal Basin and high visibility from the traffic that comes into the city daily on the 14th Street Bridge.

(4) L’Enfant Plaza: The JBG Companies has plans to build a 220,000 SF, LEED-Gold office building at 500 L’Enfant Plaza that will offer direct access to the L’Enfant Plaza Metro station and connect to the retail area that was recently upgraded. The building would be south of the under-renovation L’Enfant Plaza Hotel, adjacent to the 9th Street tunnel.

Rendering courtesy of The JBG Companies

(5) 400 6th Street: Trammell Crow is currently building a 12-story, 342,000 SF office building at 400 6th Street, located across the street from Constitution Center and one of the entrances to the L’Enfant Plaza Metro station. If Fannie Mae moved here, it would be near other financial-related tenants including the Federal Housing Finance Agency and the Office of the Comptroller of the Currency; however, the site is not as prominent as some of the other options in Southwest.

(6) 555 E Street: E Street Development plans to construct a 350,000 SF office building on the site of the current Engine 13 firehouse at 6th and E streets. The firehouse will relocate to the ground level of the Hyatt Place under construction at 4th and E streets by the end of 2015, which technically means that Fannie Mae could move into a new office building at 555 E Street by 2017.

(7) 250 E Street: Over at 250 E Street, adjacent to NASA headquarters, the entire building is available for lease by Piedmont Office Realty Trust. The Office of the Comptroller of the Currency recently vacated the building for Constitution Center and has left the 330,000 SF building at 250 E Street vacant. Adjacent to 250 E Street is a vacant lot that once was home to the Market Inn and recently served as the construction staging area for the CFL when it was being built nearby. 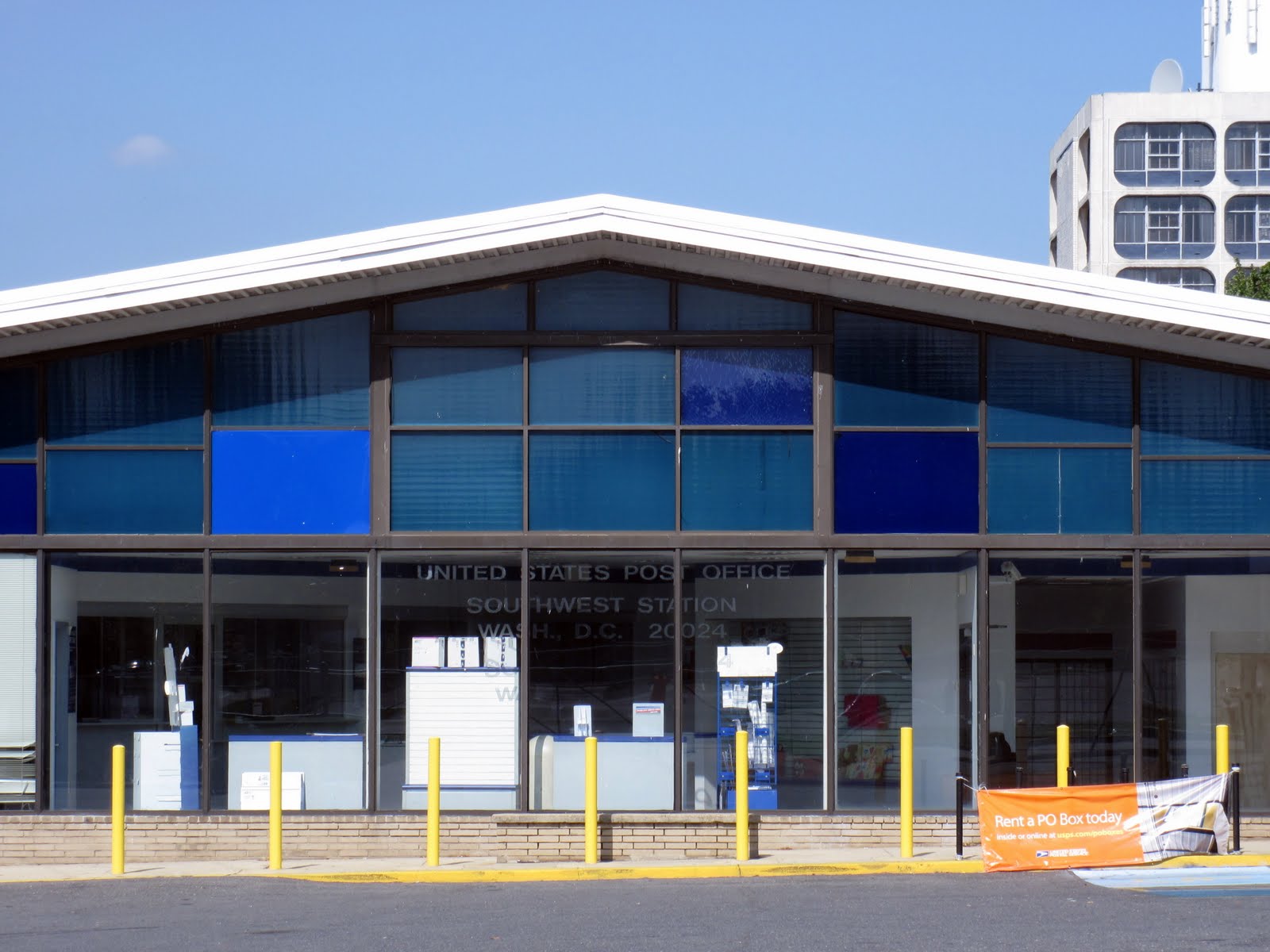 (8) South Capitol Street: The Ruben Companies and Vornado own several parcels along South Capitol Street from K Street to M Street (including the Southwest Post Office) that could be developed as office space. A South Capitol Street address may not mean much now, but the planned infrastructure improvements for the street will make the area more inviting, plus Fannie Mae would have views of the Capitol, Nationals Park, and the Anacostia from their offices.

(9) 100 V Street: The remaining seven acres owned by Akridge in Buzzard Point adjacent to the proposed DC United soccer stadium could be a contender for a Fannie Mae headquarters building. An office building at that location would boast views of the Anacostia and Potomac Rivers south to Old Town and National Harbor, as well as Capitol and Washington Monument views (and the soccer stadium if it gets built). The area is still desolate, but will eventually become an entertainment district (again, if the stadium gets built).

Rendering courtesy of the Office of Planning

There are many other options for Fannie Mae downtown and its environs, including Capitol Riverfront and NoMa, so let’s see who will win the latest battle for a large office tenant in this current tenant-friendly marketplace...
Posted by SWill at 5:45 PM

Their previous interest in Waterfront Station occurred to me as well. At current occupancy standards, they're probably looking for 300-400,000 feet, and in one building. The timeline gives them a chance to wait on a B2S, but whether a developer wants an anchor tenant that Congress wants to abolish would be another thing entirely!

I'm disappointed to see that the park next to the Waterfront Station isn't going to stay as a park. Part of what I like about living in the area, and Southwest in general, is all of the open space. I was told when I moved to the area that the developer had no plans for changing the park into an office development. Guess plans change...