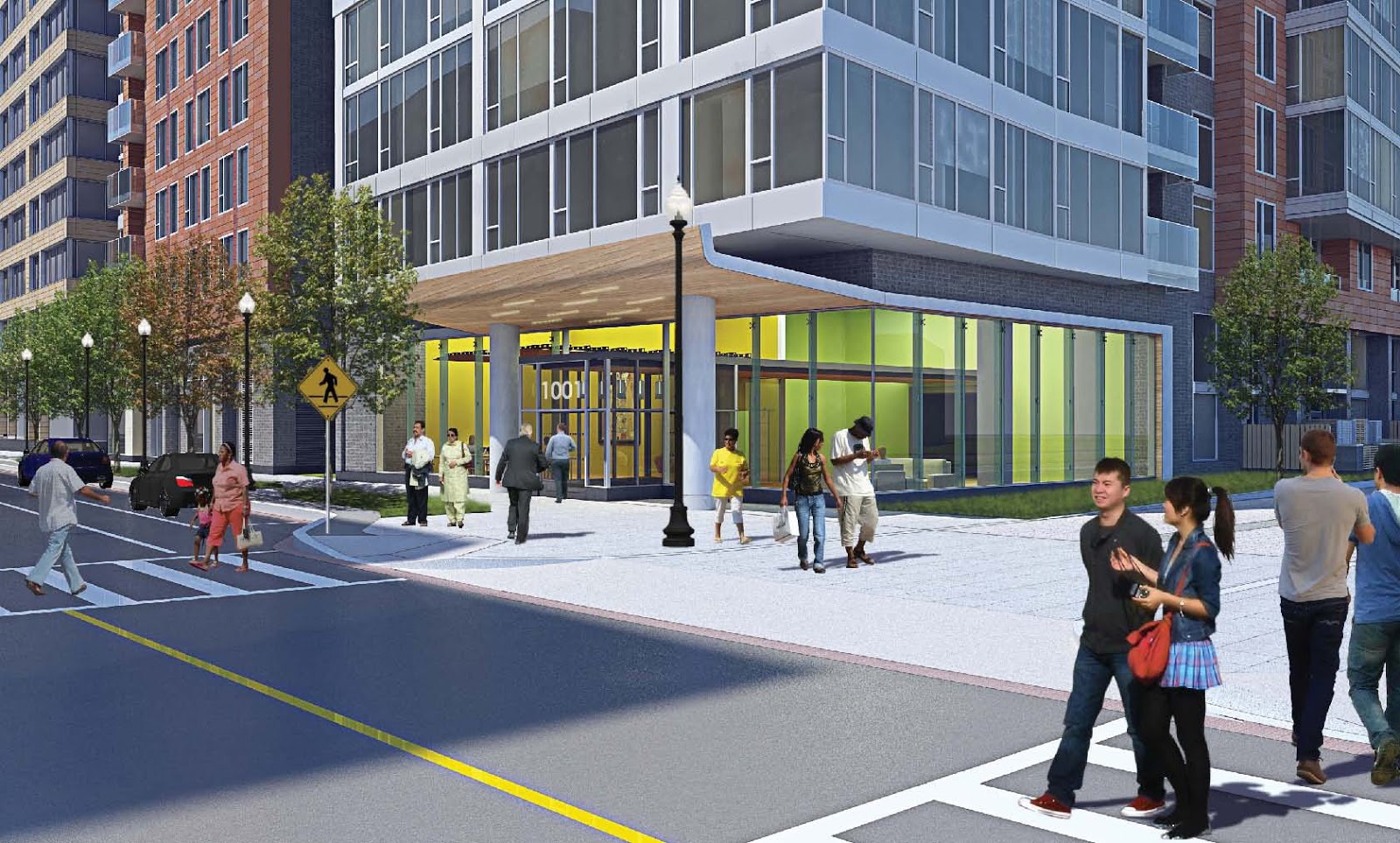 As reported yesterday in the Washington Business Journal, Waterfront Associates filed for building permits and expects to start construction on their planned 11-story, 365-unit rental apartment project at 1001 4th Street in November. This is the NW parcel at Waterfront Station, located to the north of the newly-opened Masala Art Indian restaurant. The building has been designed by Perkins Eastman and there will be a mix of junior 1BR, 1BR, 1BR/Den, 2BR and 2BR/Den units. In addition, 12 two-level townhouse units with 2BRs will be built with private entrances facing the new private drive and Makemie Place to the west. Approximately 5,000 square feet of retail space will be located on the ground level along 4th Street. The WBJ article describes some of the minor changes that were made to the building since the PUD was approved by the Zoning Commission almost a year ago:

This will be the fifth of eight buildings to be built or renovated at Waterfront Station. So far, two office buildings fully leased to District agencies have been built with ground floor retail and the two former EPA headquarters buildings have been transformed into Sky House apartments. The NW parcel building is scheduled to deliver in the second half of 2016.

Rendering courtesy of Waterfront Associates
Posted by SWill at 5:44 PM

We're also happy to share that the developers have pledged funds to the Duck Pond for a filtration system that will allow the water to be less chemically-treated, and more duck/dog/human-friendly, than presently. THANK YOU former ANC Commissioner Ron McBee (deceased) for negotiating this into the P.U.D. With District agencies' help, we hope to have the system installed in Spring 2015.

Great news, especially the assistance to the Duck Pond park!