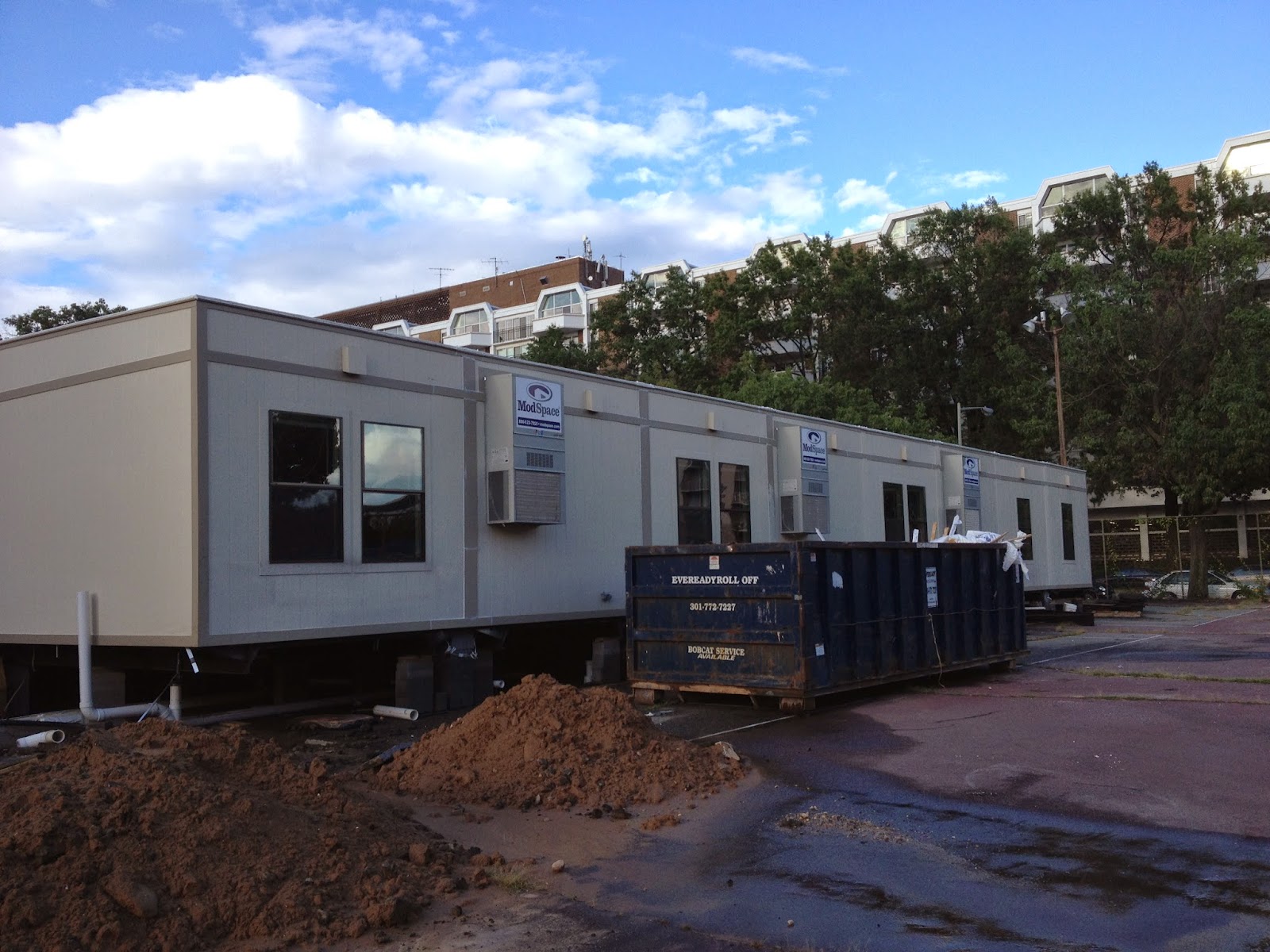 Trailers have been set up on the abandoned tennis courts, located at 7th and I streets at Jefferson Academy to accommodate classrooms for AppleTree Early Learning Public Charter School and utility work is underway. It was reported back in April that the charter school would have to close its two Southwest campuses at Amidon-Bowen and Riverside Baptist Church. AppleTree was looking for a temporary home until their new space is ready at The Wharf in 2017, so ANC 6D commissioner Stacy Cloyd wrote a resolution that was unanimously approved to urge the District government to allow the charter school to place a temporary trailer on the abandoned tennis courts at Jefferson Academy, located across the street from Riverside. A complication in the idea to put trailers in the tennis courts is that Jefferson Academy is scheduled to begin a modernization program in 2016, so Principal Natalie Gordon’s support for allowing the trailers there was conditioned that their presence not interfere with, or delay for any reason, the planned modernization of Jefferson. Some restoration work was recently done to the cupola of Jefferson, which is now illuminated at night and more work will be done on the campus starting in 2016. 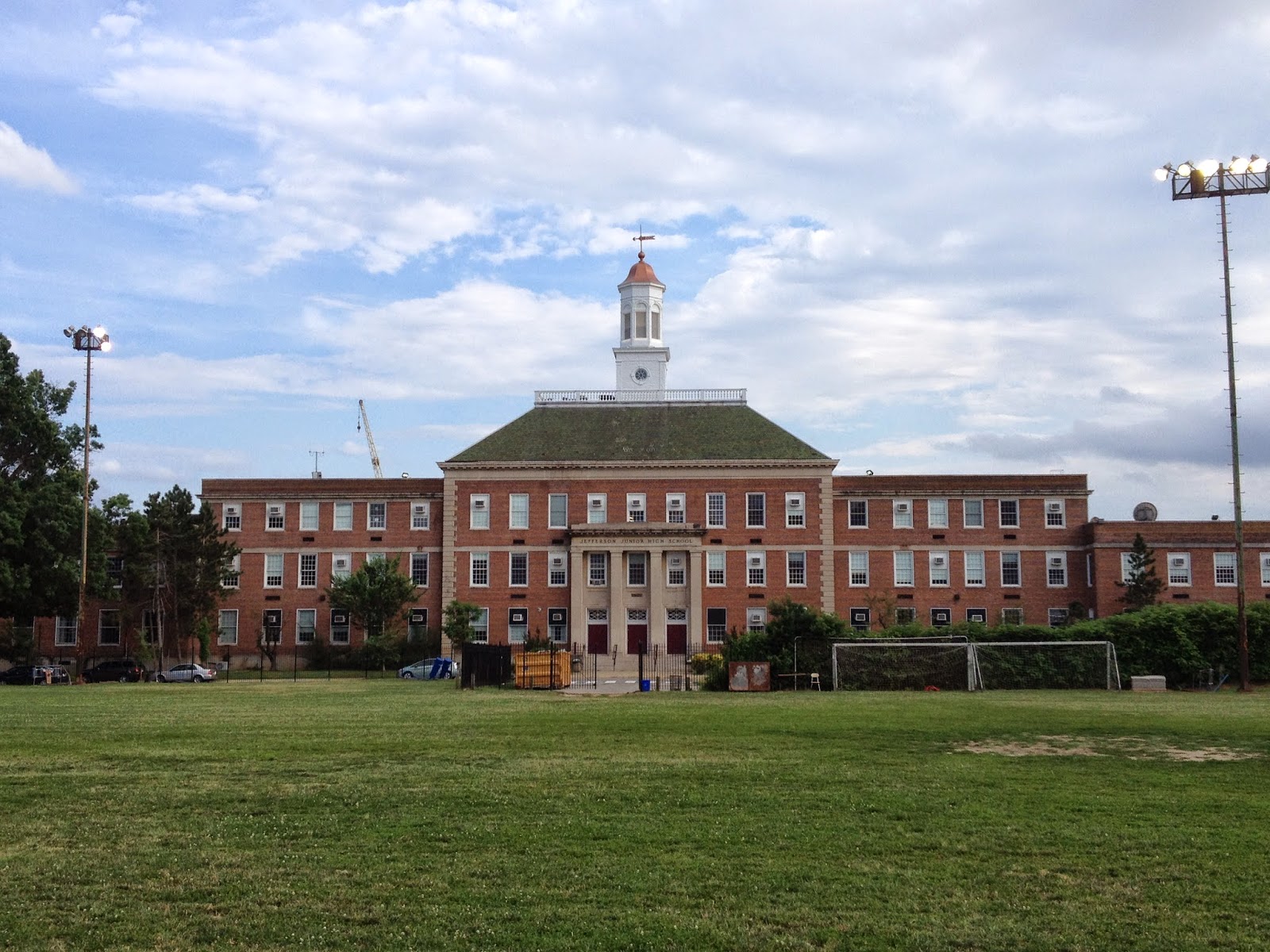