3rd & I Street Park Reopens as a Playground 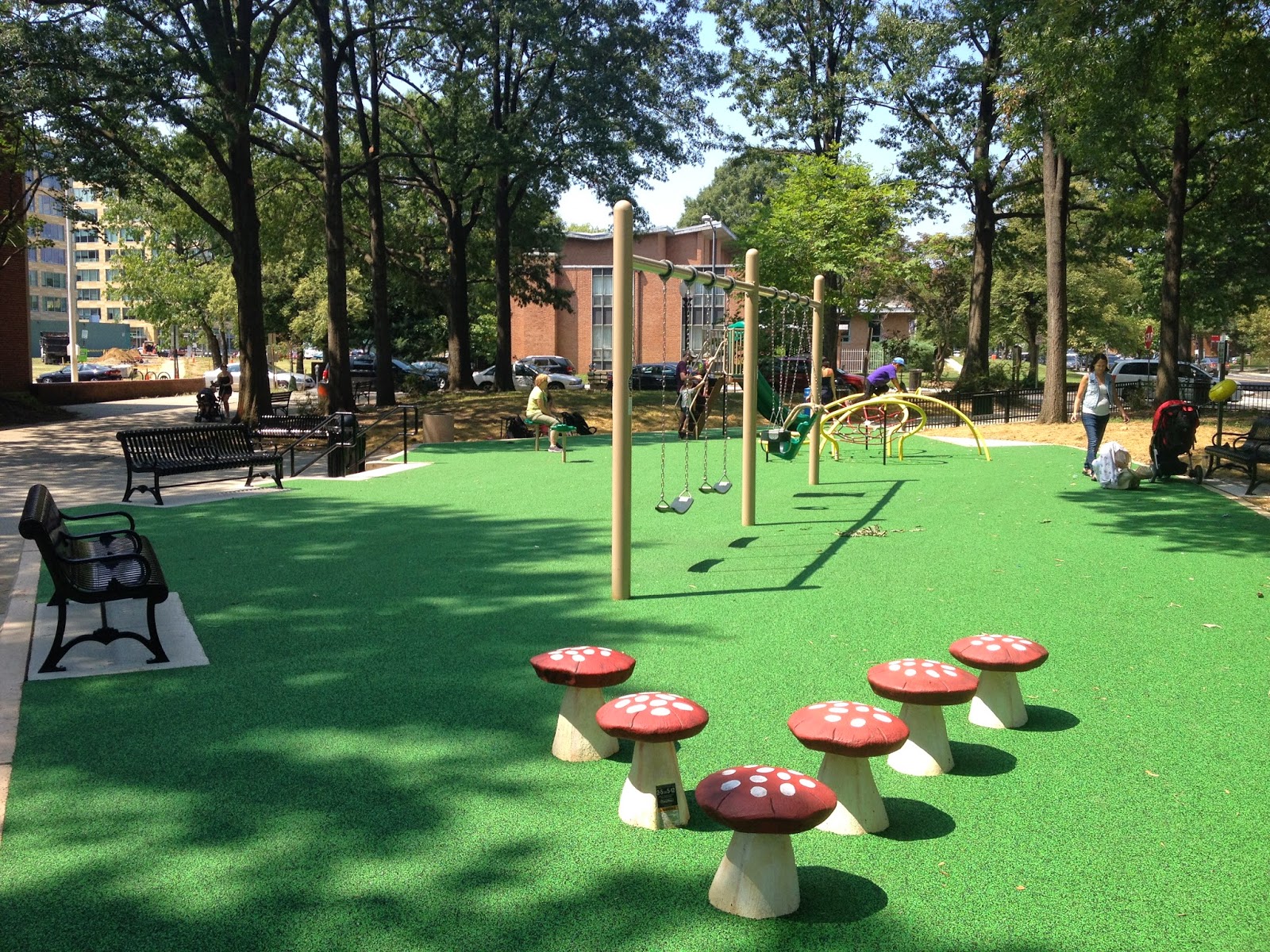 After more than four years of dealing with DC government bureaucracy and fundraising, the library park at 3rd and I streets, SW opened yesterday, which marks the completion of phase one of the Southwest Playground Project (SWPP). The SWPP is a project of the CBCC and was championed by Southwest resident Felicia Couts. In an email to supporters announcing the playground’s opening, Couts stated the following:

“I’m so thrilled to report that the construction fencing is down and the 3rd & I Street Park is open for use! Children and neighbors of all ages have already stopped by to check out the new play equipment, sit on the new benches and enjoy the park!” 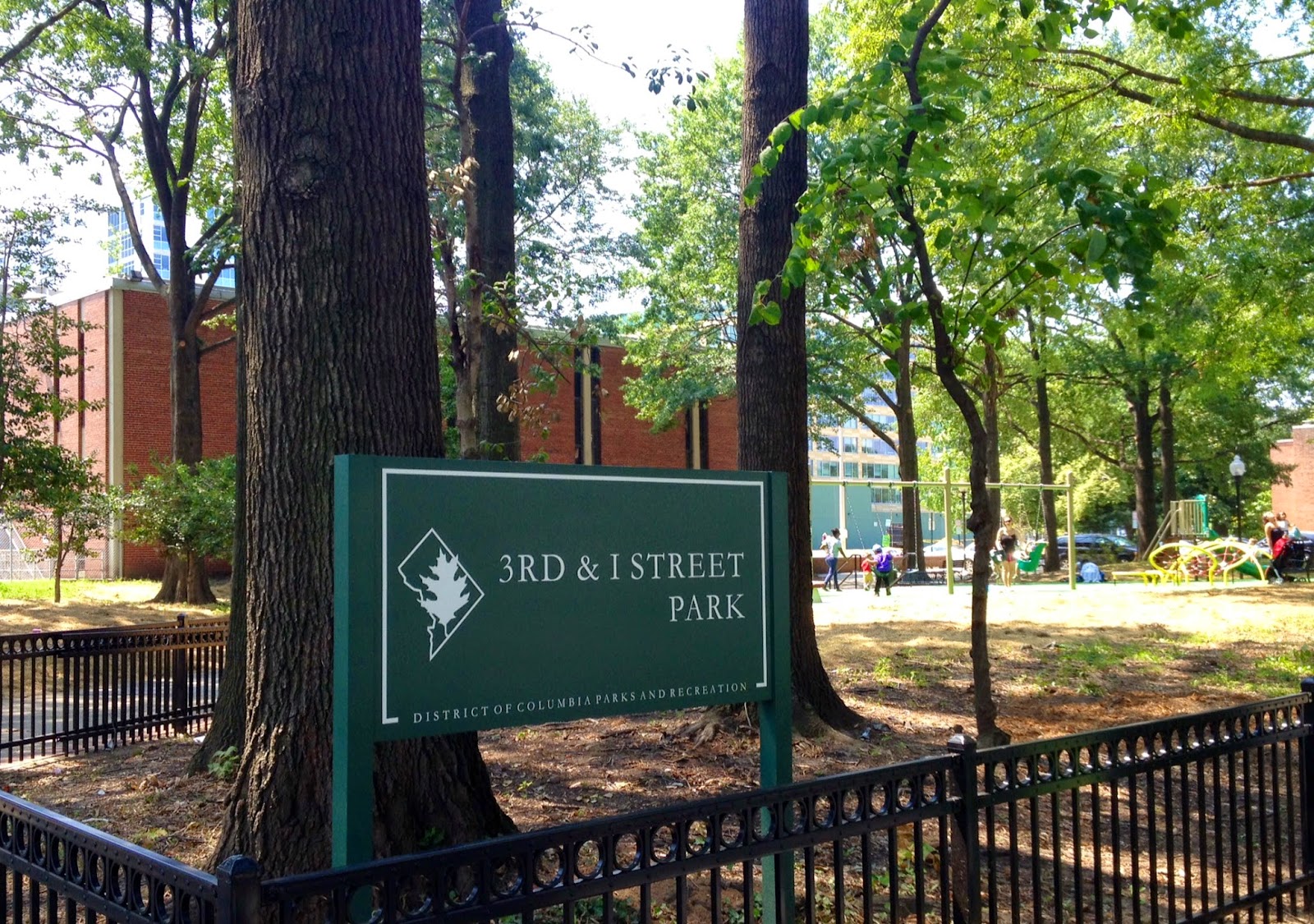 Construction took a little more than seven weeks to complete; however, the playground was a long time coming. Back in 2010, a group of parents came up with the idea to build a centrally-located playground in the neighborhood since there was a dearth of play space for young children at the time in Southwest. With other members of the community joining the parents’ group, the SWPP was born. The group eventually settled on building the playground at the park located at 3rd and I streets, adjacent to the Southwest branch library. This location was chosen because of the synergy that could be created between the library and the playground. In addition, the park is located between public housing and middle class housing, and could serve as a bridge between the two areas where neighbors can interact. 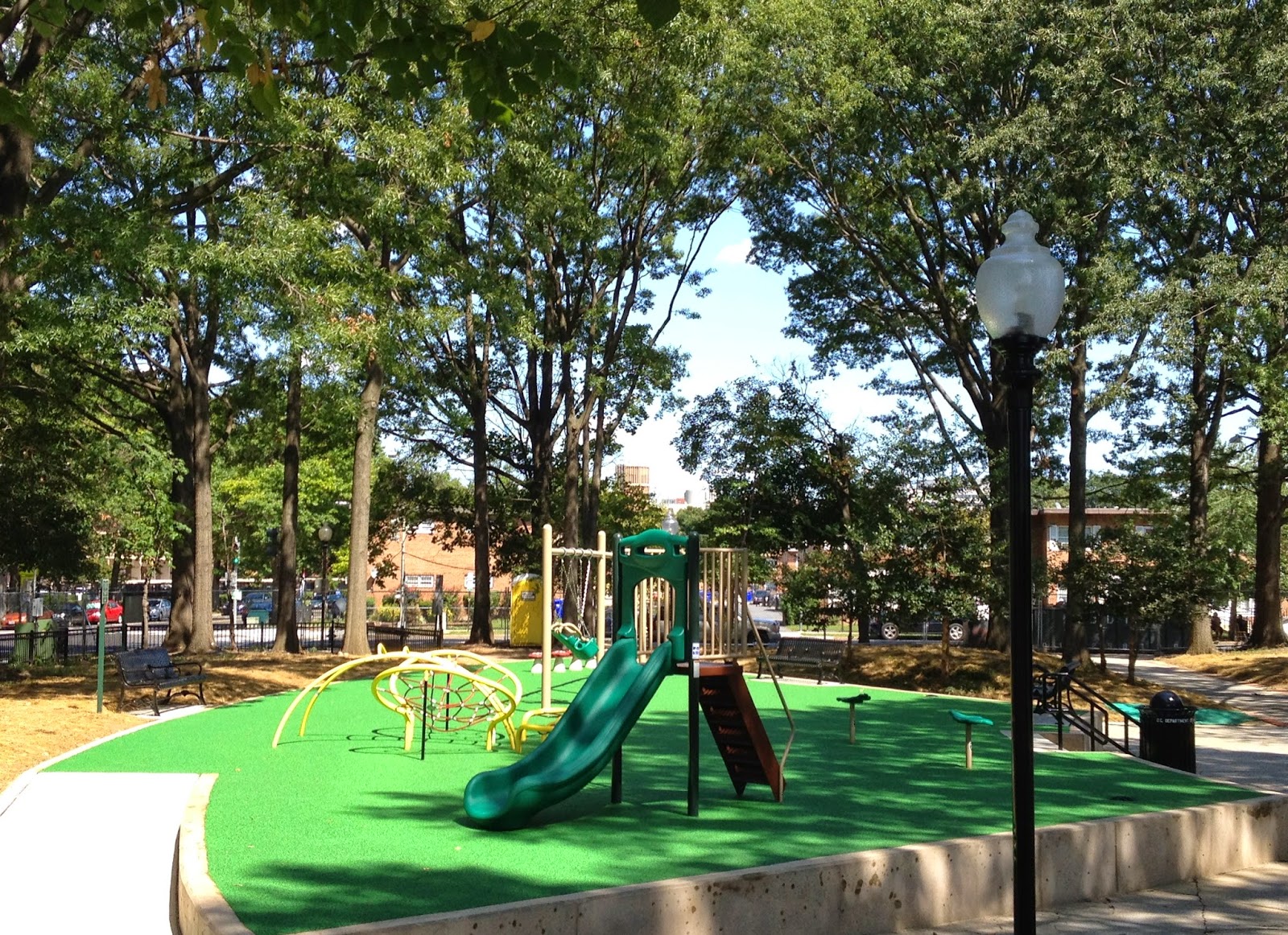 The SWPP first tried working with Kaboom!, a non-profit organization that builds playgrounds across the country. Due to technical issues with working with the Department of Parks and Recreation, the SWPP did not move forward with Kaboom! and instead tried to work with Make Kids Smile, Inc., a local non-profit. The playground equipment used by Make Kids Smile, Inc. was not compatible with the Gametime equipment preferred by SWPP, so the group ended up working directly with DPR and the Department of General Services to hire a contractor to install the play equipment. The selected play equipment is suited primarily for kids ages 2-5 and has a nature theme, including swings, a slide, spinning leafs, mushroom-shaped stepping stones, and climbing bars in the shape of a butterfly.

In 2011, the SWPP hosted a “Draw Your Playground” design competition with students at Amidon-Bowen Elementary, which is about one block away from the 3rd & I Street Park. The students were able to show through their drawings that they wanted features such as swings, slides, a bike rack, and a water fountain at the playground. First place went to Edugwu Agada, second place to Jostin Garcia and third to Vanquisha Smith. In addition, a series of charrettes were held in the community to gather further input on the design of the playground. The original intent was to have a Community Build Day, but the city decided to have a contractor build the playground instead for liability reasons.

An initial budget of $50,000 for playground equipment ballooned to $720,000 once it was discovered that significant infrastructure improvements were needed at the 3rd and I Street Park, including grading, utilities, and drainage. Not to mention the need to hire an architect. The SWPP raised over $100,000 on its own through donations from individuals and local businesses, but the infrastructure improvements necessitated city assistance. After some lobbying, $350,000 was secured in the District’s budget to close the funding gap and allow phase one to be built.

Phase one included pruning and removing dead or dying trees in the park, as well as grading the site; retaining walls along the center berm area; fencing along I Street, SW and portions of 3rd Street and Wesley Place; playground equipment and soft surfacing were installed in the center berm area; and utilities work. A second phase will cost $270,000 and is still unfunded. The second phase will include storm water retention; more retaining walls; and repaving and scoring of the sidewalks. Two other playgrounds in the neighborhood are supposed to be upgraded later this year as a part of the Play DC Playground Improvement Initiative, including ones at King-Greenleaf Recreation Center and Randall Community Center. A ribbon-cutting ceremony will be announced soon for the 3rd & I Street Park.
Posted by SWill at 7:28 PM

Great Article, Will! And thank you so much for acknowledging the students from Amidon-Bowen who contributed their ideas and imagination to this lovely new park!