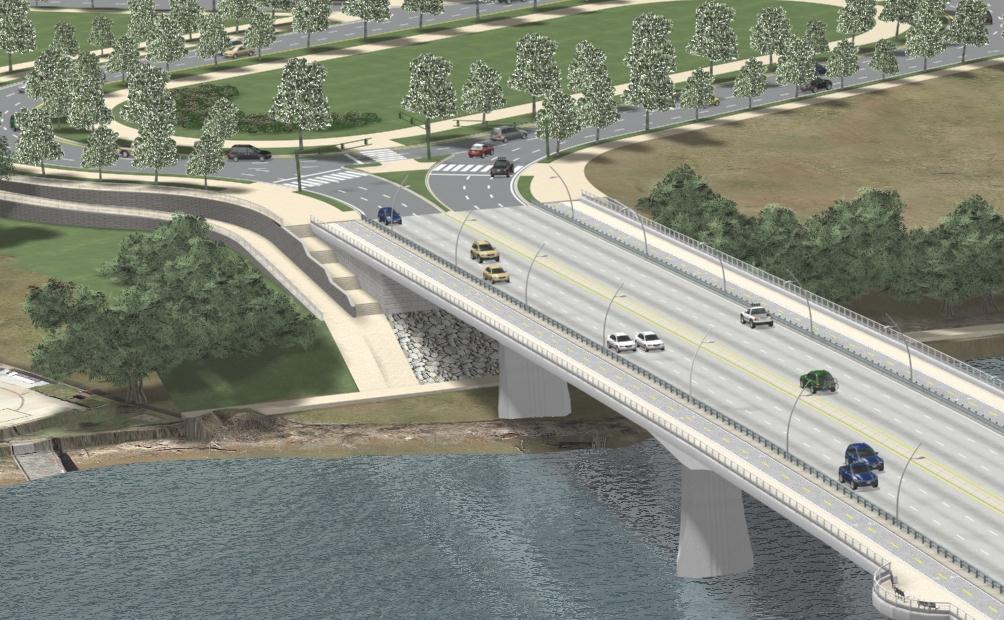 The moveDC Draft Plan that was released back in May by DDOT recommends making several street connections that were removed during urban renewal in Southwest over time as parcels in the vicinity of these streets are redeveloped or through DDOT initiatives:
By far, the most expensive recommendation is for the streets in and around Maryland Avenue in the SW Ecodistrict, including Virginia Avenue, Maryland Avenue, and C Street, which comes in at over half a billion dollars. These road additions are classified as Tier 2 in priority (on a scale of 1 to 4), while the other street additions are ranked as Tier 3 and 4. Replacement projects including the Long Bridge used by Amtrak, commuter, and freight rail and the Frederick Douglass Bridge are considered to be Tier 1 projects.

Other recommendations include high-occupancy toll lanes on I-395 and I-695 from the 14th Street Bridge to the 11th Street bridge; congestion pricing for the downtown area, whose southern edge includes the L’Enfant Plaza and Federal Center SW areas north of the SW Freeway; and many others that relate to pedestrians, bicycles, transit, parking, and freight. The moveDC Draft Plan is a very large document, but feel free to take a look to see all of the recommendations. The comment period ends on July 31, so check out the website to see how you can comment on the draft plan.

Rendering courtesy of DDOT
Posted by SWill at 6:54 PM

Email ThisBlogThis!Share to TwitterShare to FacebookShare to Pinterest
Labels: DDOT

Contender for the ugliest bridge in DC. Robert Moses would love it.