Masala Art opened last night for dinner at Waterfront Station about 14 months after it was first announced that a lease had been signed. There is seating for about 130 people, but there is no space for outdoor seating. Masala Art joins Station 4, Z-Burger, and Subway as the fourth restaurant to open at Waterfront Station. Two vacant storefronts still remain - one on each side of 4th Street. 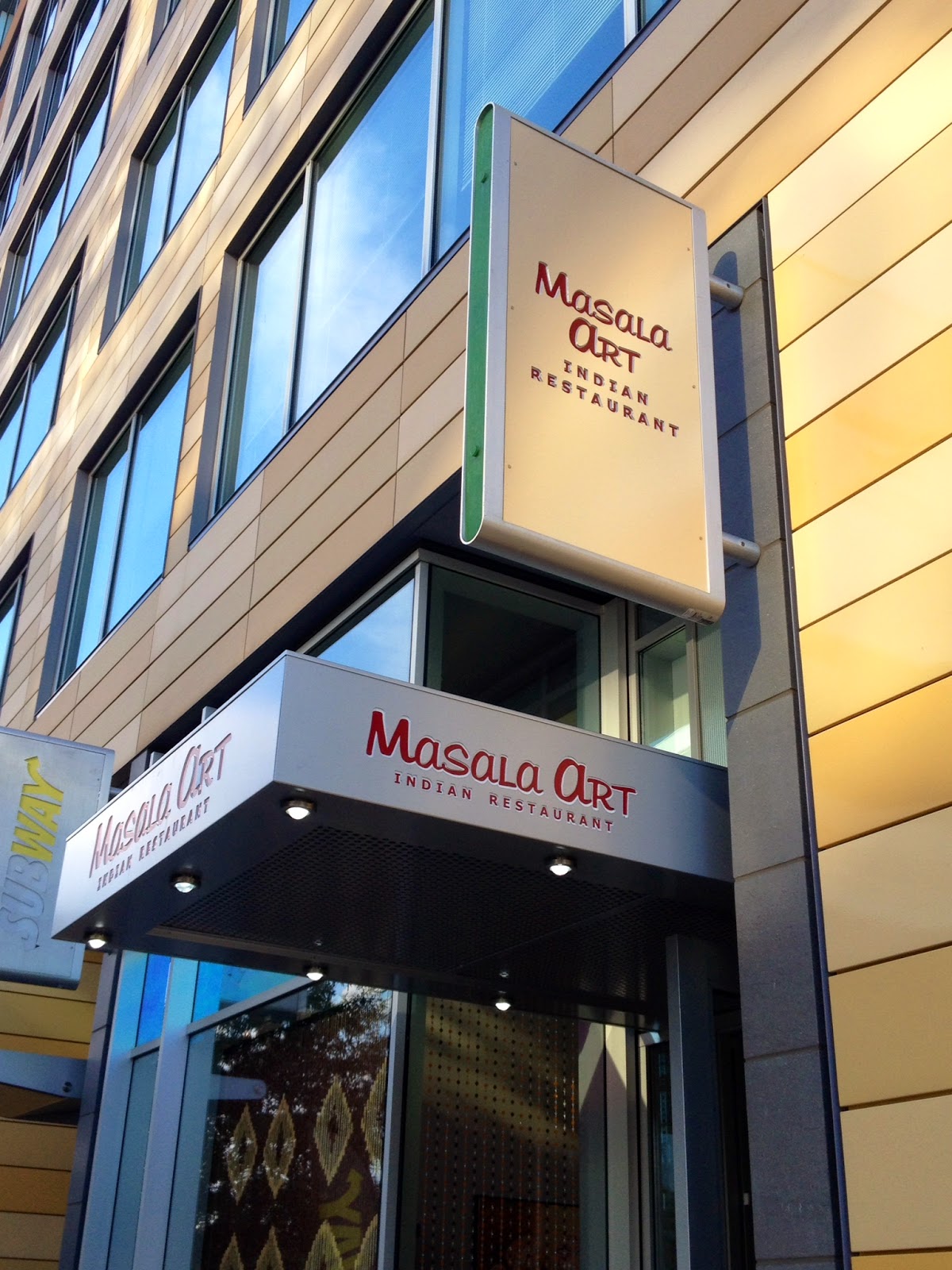 For the first few days, Masala Art will be open only for dinner from 5-10pm, but starting on Monday, the hours of operation will be the following:
The bar will be open until 12am on weeknights and 3am on Friday and Saturday nights. Below are some photos of the interior.

So upset i missed the opening, have been waiting for this forever. Will they be doing the buffet lunch like in tenley? Cant wait for monday!1235

Pretty disappointed to hear they won't be having any lunch buffets, because the menu prices are very expensive.

Say it ain't so, no lunch buffet?

That's what the owner told me when I asked him about it on Friday. Really hope that changes at some point in the future.

And that's a years worth of hopes and dreams dashed...

I agree about wanting lunch buffet. Hopefully, he'll come around on that. That being said, I was told that at least after some time, we can expect there to be a lower set of prices for lunch but that that won't be immediate because they're still getting settled. Will take some time. It's a small comfort, I know, but better than nothing. I think we all dream of a buffet there.

Cut them some slack people, it's brand new! I'm sure if the market demands lunch, there will be lunch. Chill. Let's focus on what is great--the AMAZING food! Went there on day two and could not have been more THRILLED to have this in our community. SW Win!