Where Will a New SW Library be Built? 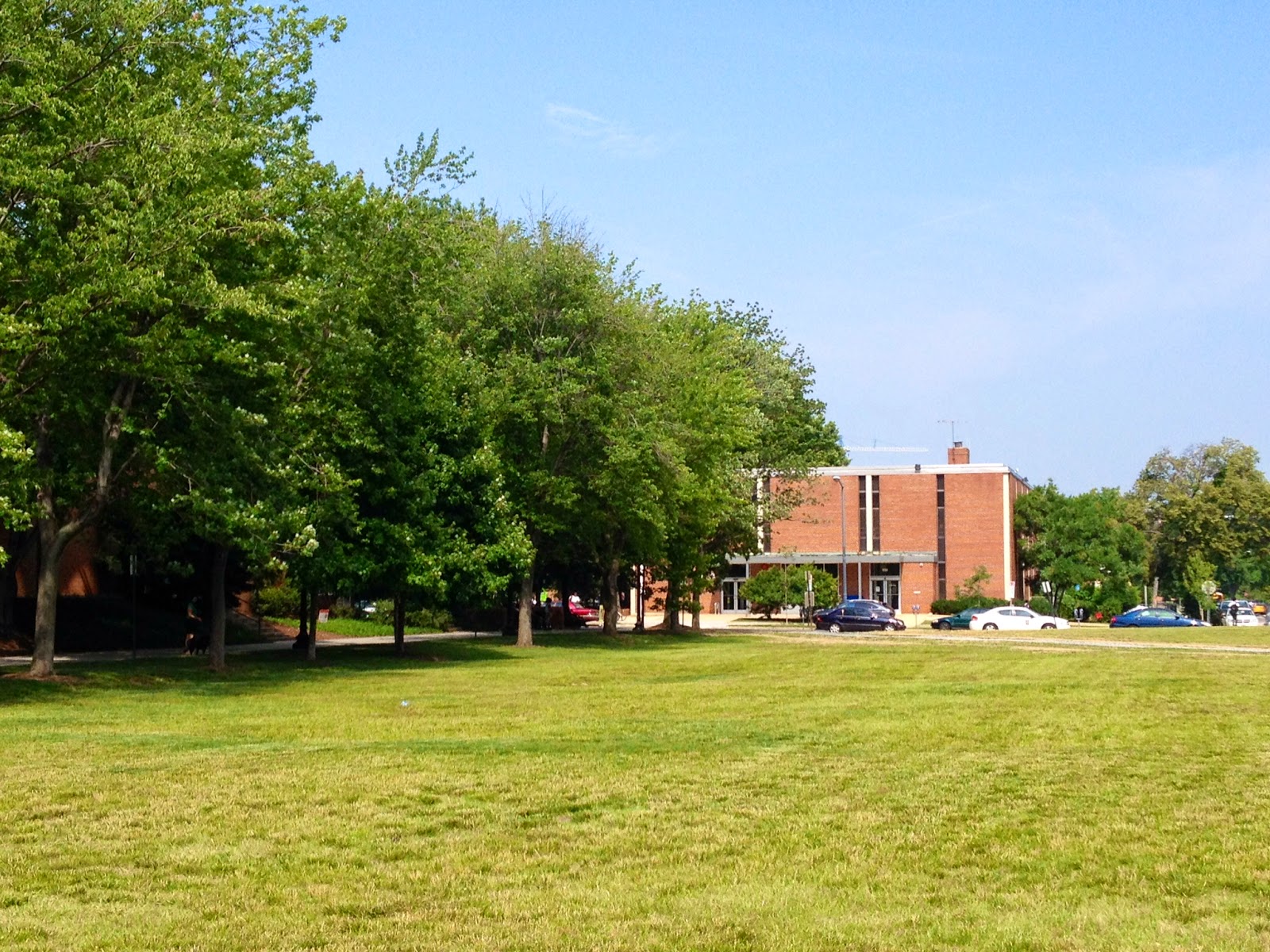 The Office of the Deputy Mayor for Planning and Economic Development (DMPED) and the Office of Planning are pushing for a plan to include a new Southwest Branch Library as a component of a mixed-use building on a 4th Street parcel the city owns at Waterfront Station. As a part of the agreement made with Waterfront Associates when the former Waterside Mall at 4th and M streets was demolished and redeveloped, the city (formerly the National Capital Revitalization Corporation) would retain the NE parcel for future development as a mixed-use building with ground floor retail and residential units above, a percentage set aside as affordable housing. Marc Bleyer from DMPED is now the point man for disposition of the District-owned NE parcel and is looking to release a Request for Proposals (RFP) soon; however, he needs to determine first whether space for a new library should be included in the planned mixed-use building.

DMPED has engaged CORE Architects to come up with some concepts for what is possible for a library that is contained within a mixed-use building, as well as how a standalone library at Wesley Place would look. These concepts will be developed over the next six weeks and presented to the community to gauge support for either option. The city has been building several new or substantially renovated libraries recently – mostly as standalone buildings; however, a library in a mixed-use building is planned in the West End and there are plans to put a non-library addition in the flagship Martin Luther King, Jr. library downtown. Some of the new, standalone library branches built in the city recent years include those in Bellevue, Anacostia, and Deanwood, while other branches that are architecturally significant have been substantially renovated, such as those in Petworth, Georgetown, and Northeast. 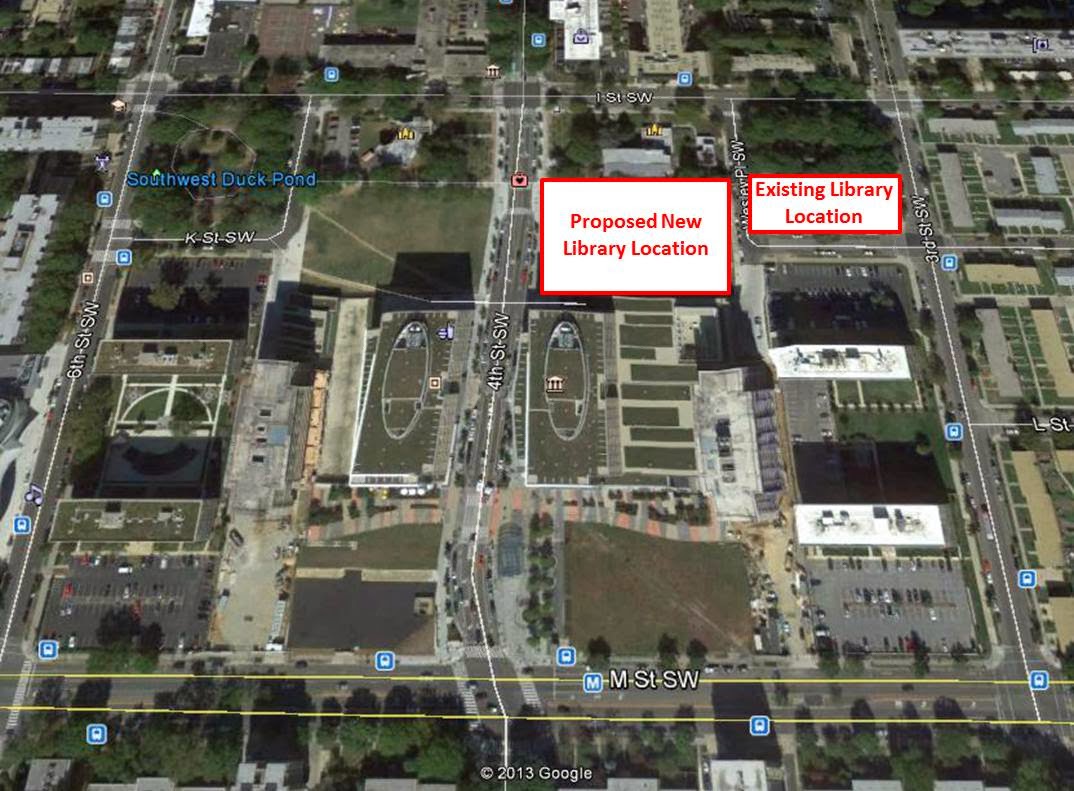 At a recent meeting with community leaders, most of the attendees expressed their preference for a standalone library for several reasons. A concern shared by many was that a library on 4th Street would take away street-level retail space from potential retailers. Melissa Bird from the Office of Planning pointed out that the 4th Street retail corridor has struggled to sign tenants and a library would enliven the street, potentially attracting more tenants. Also, the library could be placed on the second floor, reducing the space it would take away on the ground level. Some were concerned that children would not feel welcome if the library was on 4th Street because of how some businesses along the street have become inhospitable to minors in their efforts to curb shoplifting. It was felt that children need a place to let off some steam after an altercation in the library and the library park serves that purpose – no such space would exist on 4th Street. Related to the library park, another concern was there would be lost synergy between the planned playground at the park and the library if it moved to 4th Street.

Others were concerned that a standalone library at the current site would be overwhelmed by high-rise buildings surrounding it on three sides – the NE parcel at Waterfront Station to the west, a new building planned at Town Center East to the south, and the redevelopment of Greenleaf to the east. Along that line of reasoning, officials from the District Public Library system prefer to move to 4th Street in order to increase visibility and usage of the library. Meanwhile, a majority of respondents to a recent SWTLQTC unscientific poll preferred a mixed-use library on 4th Street. Fifty-two percent of respondents preferred a library on 4th Street, SW, compared to 35% of those who preferred a standalone library. The remaining 12% were unsure. 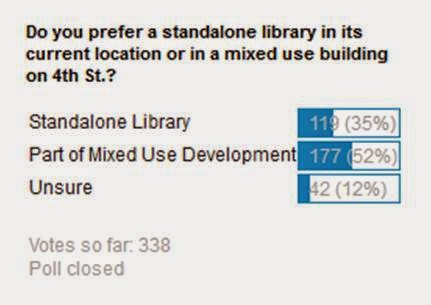 Currently, funding for a new Southwest branch library is tied to the sale of city-owned land. That does not necessarily mean that the land to be sold must be the current library site, but it is implied. There are other city-owned sites around the community that could be sold to fund a new Southwest branch library, including the Department of Motor Vehicles (DMV) inspection station, DMV office, and the fire truck repair facility at Half and M streets. Ward 6 Council Member Tommy Wells has stated that the DC Council could find a way to fund the new library in future budgets without the need to sell District land.

If the current library site is sold, under current zoning, a building up to six stories tall could be built in its place if the owner goes through the Planned Unit Development (PUD) process. Proposed changes to the zoning code would allow for a similar amount of density on the site by-right. The library park to the north would remain whether the library is retained at its current site or moved to 4th Street, so the planned playground is not in danger of being scrapped. In fact, a design-build contract was recently awarded by the Department of General Services for phase one of the park, which includes infrastructure improvements and play equipment in the center berm area.

A community meeting will be planned sometime this summer to discuss the concepts that CORE Architects has developed, then a RFP could be released sometime in the fall, with or without the library component. In the meantime, the vacant NE parcel will receive some upgrades in the coming months. The diagonal gravel pathway will be replaced with concrete or interlocking concrete pavers and semi-circular pathways will also be constructed using compressed stone. These improvements will accommodate a temporary art installation for 5 x 5, A Project of the DC Commission on the Arts and Humanities. 5 x 5 is the largest, temporary public art project in the District. Designed by Lance Fung, the Waterfront Station installation will feature the work of five artists in a piece called Nonuments, described as “a temporary sculpture park featuring ‘monuments’ devoted not to the great but to ordinary people, to the ideals of democracy, and to the common struggles of humanity.” Nonuments will be on display from September 1 to December 6.
Posted by SWill at 5:31 PM

The Waterfront Gateway Neighborhood Association opposes the move of the Library from Wesley Place, S.W., whether or not to Fourth Street, S.W. WGNA's position may change as more options are provided by the District and it's consultants.

I heard from a neighbor that one of the reasons why the retial spaces aren't being filled as quickly is becuase the phone numbers advertising space on the windows are incorrect. I don't know if that's true, and I'm sure price has more to do with it, but can't somebody from Office of Planning look into how those spaces are being marketed (or not being marketed)? As for those empty city-owned lands, sell 'em! There's no economic rationale for Warf being done in 2017 and those lots/retail spaces across from a Metro station to be empty. Something's not happening.

How many different neighborhood associations are there? ANC, SWNA, Watefront Gateway Association, and I'm sure others that I'm missing. These multiple layers of bureaucracy just thwart anything being accomplished in a reasonable amount of time.

HRH: The District owns only the NE parcel at Waterfront Station. The two empty lots fronting M Street and the NW parcel are owned by Waterfront Associates. Construction of an apartment building on the NW parcel is supposed to start before the end of the year (perhaps) and office buildings will eventually be constructed on the M Street lots once the office market is no longer in the doldrums and tenants can be found. As for incorrect phone numbers on the signs, I believe the ANC addressed that issue with the owner a couple years ago and they were corrected. I'm sure an incorrect number wasn't the main factor that has stopped those spaces from being filled up, but it didn't help. My guess is it's the asking rent/SF.

@HRH King - just because a lot gets sold does not mean development is near. But I agree, sell all the lots - every last one. Just be smart about it. Don't sell a lot to make improvements on a two story library, when you could sell the library and lot and move to another DC owned parcel, in a better library at no real cost to taxpayers or the library.

These n'hood associations tend to hold us back more than I've noticed them helping. Designating old useless buildings as historic and stifling development. Enough already. Out with the old in with the new please...

Do the "neighborhood associations" legitimately speak for 300+ local residents?

My thoughts exacly -- sell the land (wisely) to generate revenue and bring in private development. Send the revenue to the soccer stadium project, even if it is just a drop in the bucket.

DC missed a huge opportunity with this. Instead of modernizing the MLK library downtown, The DC govt should have sold that building and built a new main library at L'Enfant. This could have helped start the Southwest Ecodistrict plan, ensuring pedestrian activity at L'Enfant on the weekends and after work hours. It would have also been just as accessible by transit as the MLK library currently is

If them ain library was built at L'Enfant, the District govt could have also either sold the land the Southwest library is currently on or built a park at that site-- likely with the revenue earned from selling a valuable downtown property.