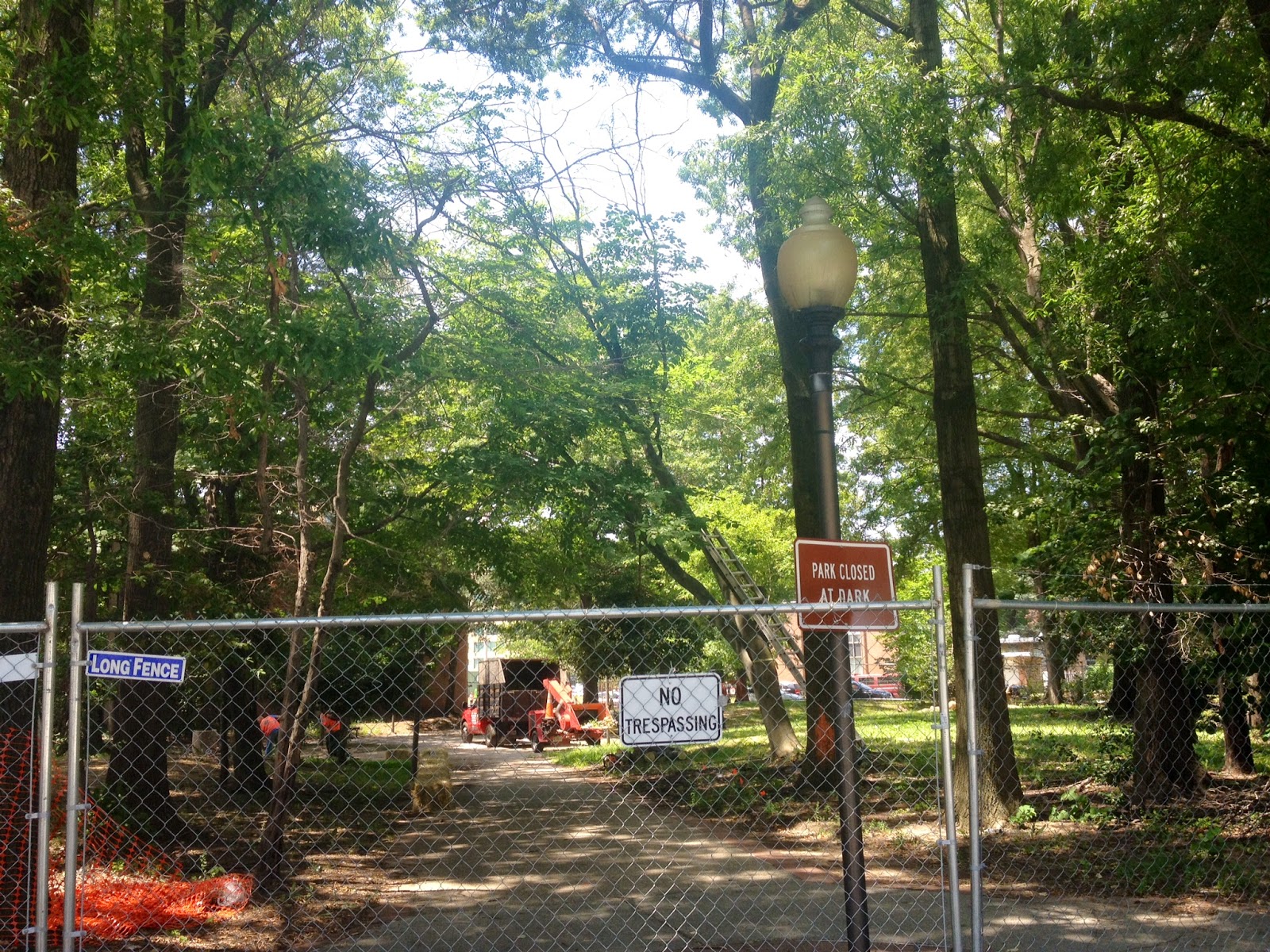 After more than four years of dealing with DC government agencies and fundraising, construction fencing arrived today at the library park at 3rd and I streets, which marks the start of phase one of construction of the SW Playground Project (SWPP).  The contractors have begun pruning and removing dead or dying trees in the park. Phase one is expected to take eight weeks to complete and includes the following: pruning and removal of trees; grading of the site; installation of retaining walls along the center berm area; fencing along I Street and portions of 3rd Street and Wesley Place; playground equipment with a nature theme and soft surfacing in the center berm area; and utilities work. The budget for phase one is $450,000 and came from a combination of city funding and SWPP's fundraising efforts. 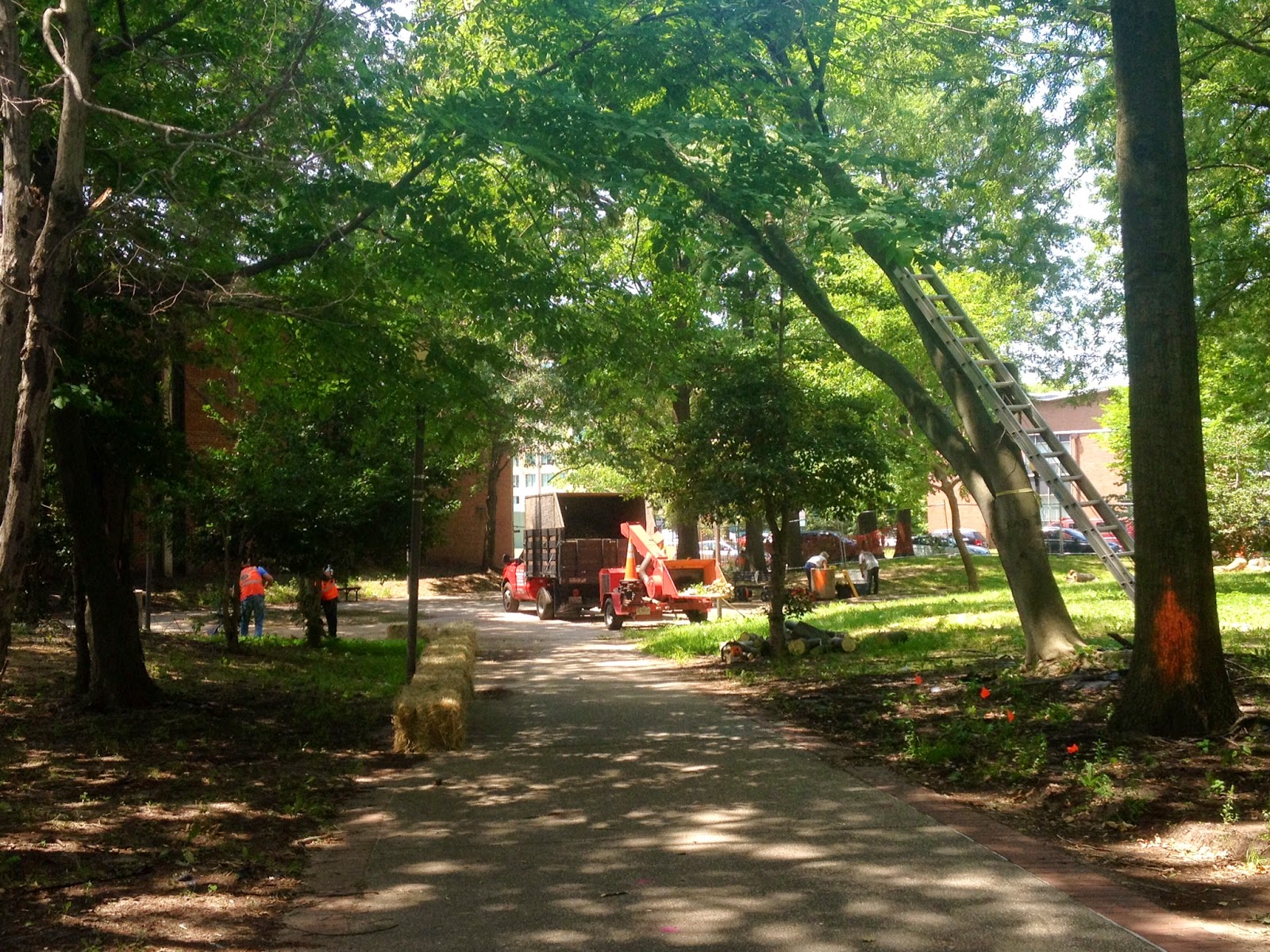 A second phase will cost $270,000 and is still unfunded. The second phase will include storm water retention; more retaining walls; and repaving and scoring of the sidewalks.  Two other playgrounds in the neighborhood are supposed to be upgraded later this year as a part of the Play DC Playground Improvement Initiative, including ones at King-Greenleaf Recreation Center and Randall Community Center.

The SWPP is a project of the Near SE/SW Community Benefits Coordinating Council (CBCC).
Posted by SWill at 11:02 PM

Wonderful news, especially with the start of construction of the Dog Park and the installation of underwater lights at the Duck Pond this year. On behalf of the Waterfront Gateway Neighborhood Association, a special THANK YOU to project leader and Dreamer-in-Charge Felicia Couts, whose vision and tenacity made this dream a reality.