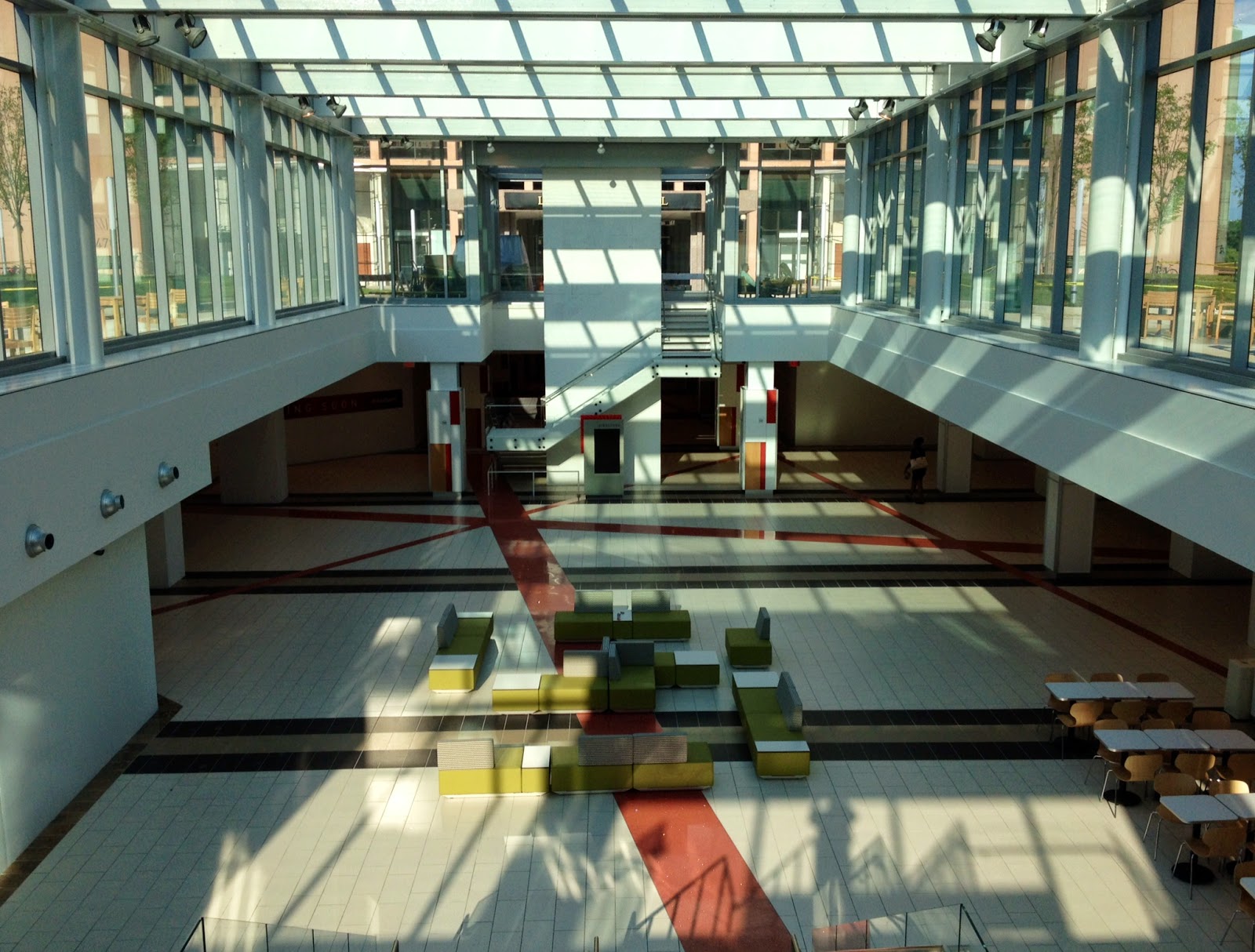 On Monday, the JBG Companies celebrated the opening of the new glass atrium that serves as the entrance to the retail center at L'Enfant Plaza from the square facing 10th Street. The 32-foot high atrium brings natural light down into the retail center, which has been expanded from the initial phase that opened in 2011. Below are some photos taken earlier this week. 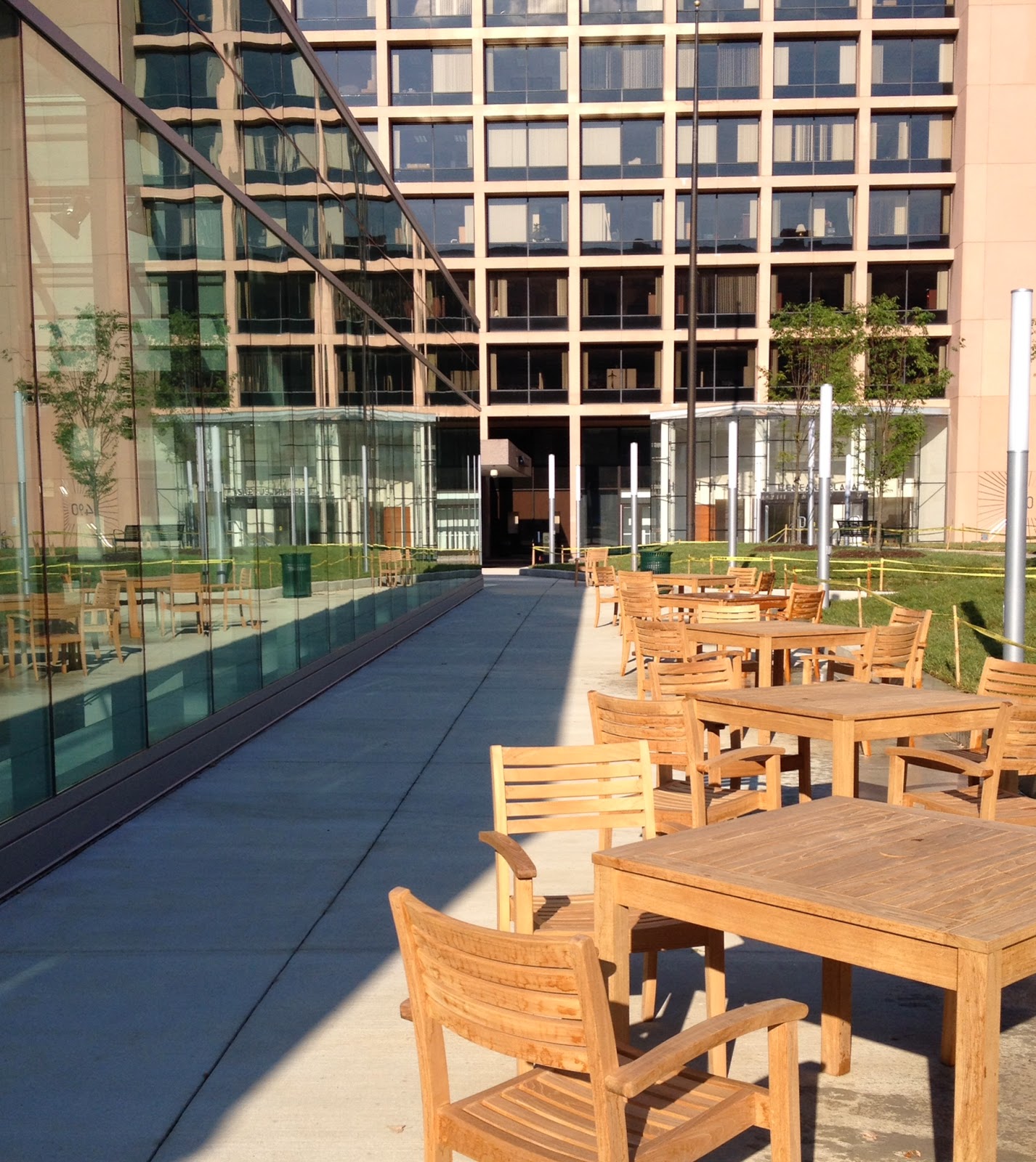 Along with the atrium, the landscaping surrounding it has been improved with trees and green space, and hardscape elements including cafe seating, tables, benches, and lighting. 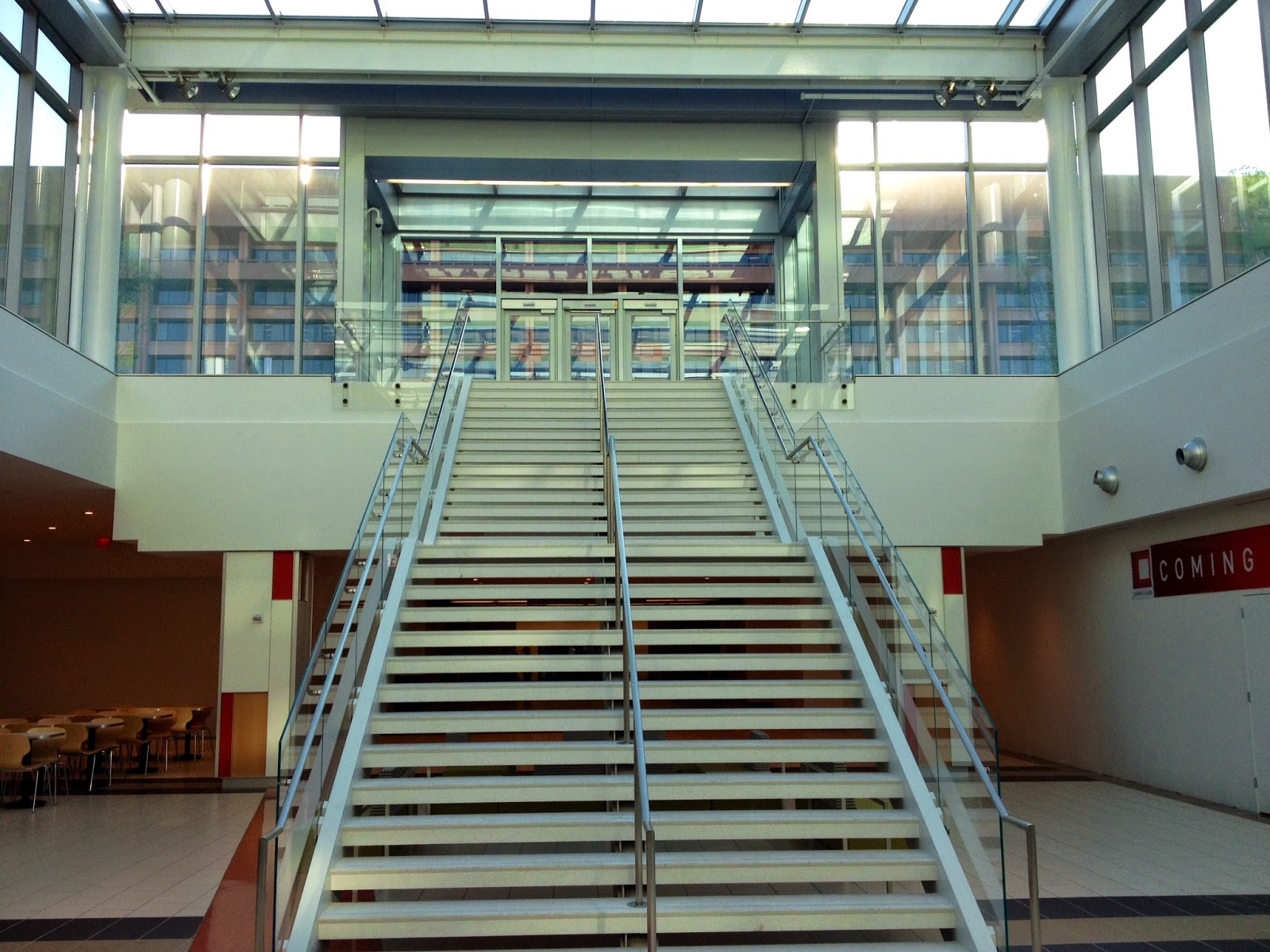 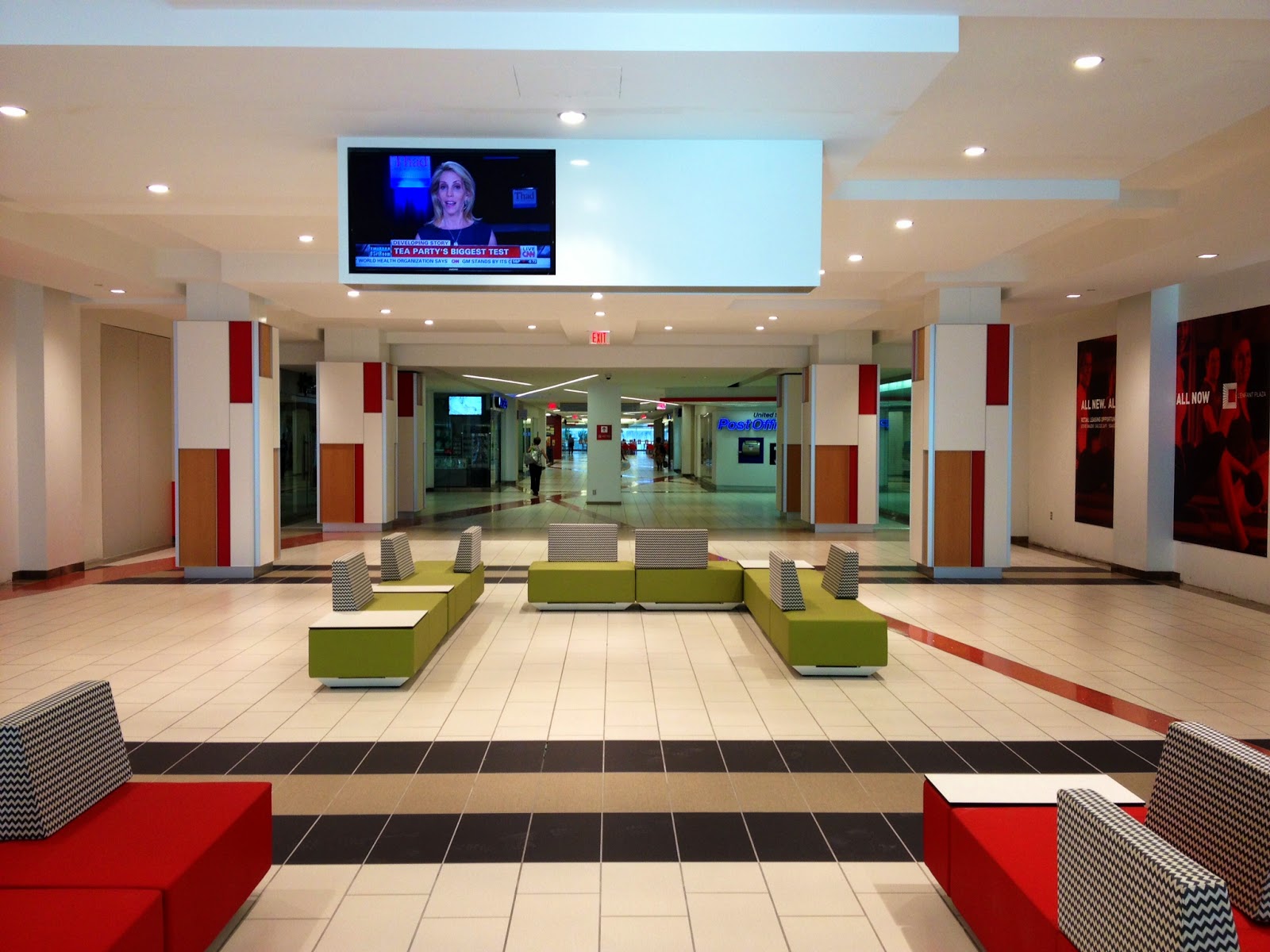 A wide staircase leads down from the square to the retail center, where soft seating has been installed along with television screens. WiFi access is available for patrons. The design of the second phase of the retail center is consistent with the first phase, which was designed by SmithGroup JJR. 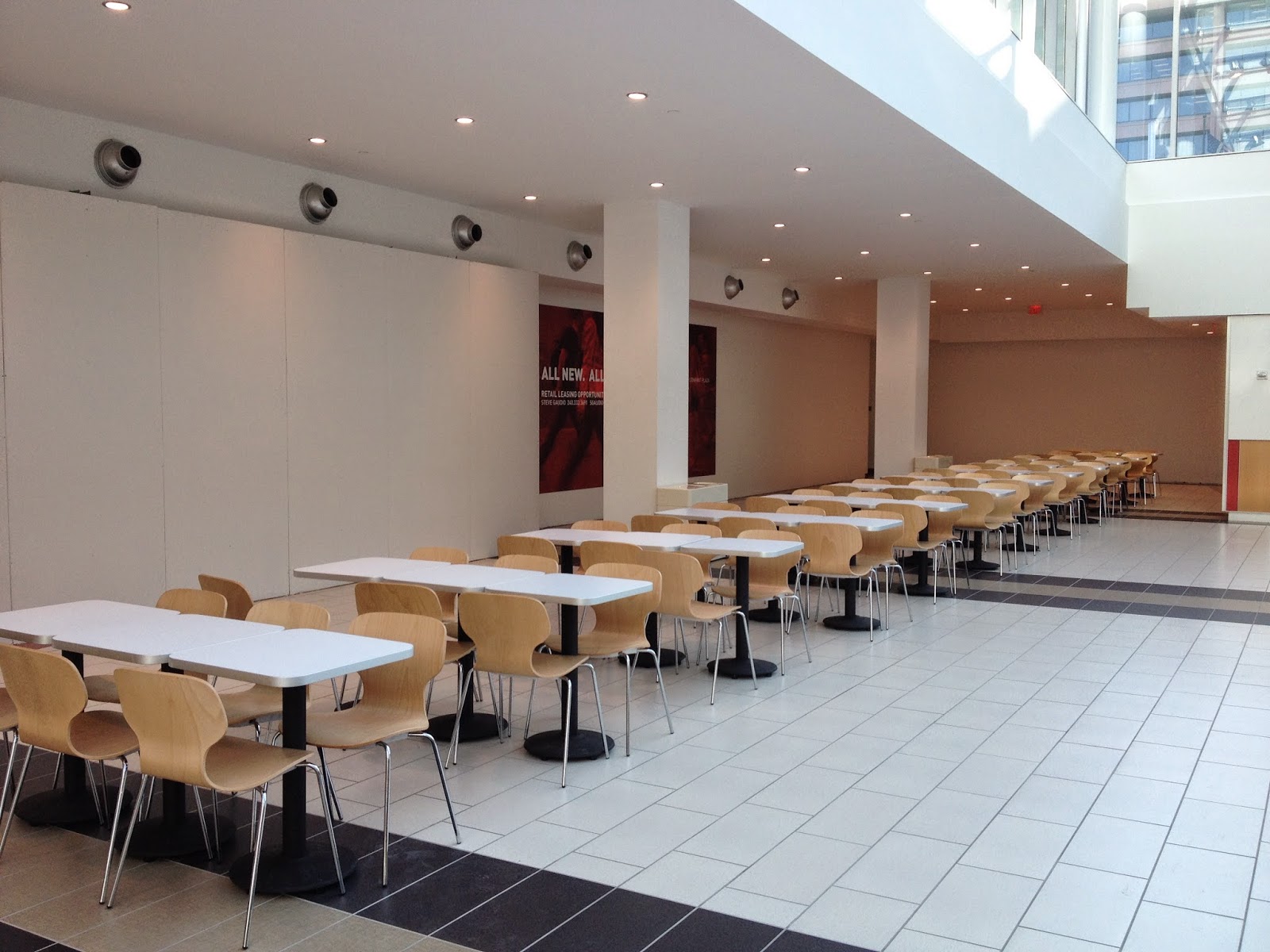 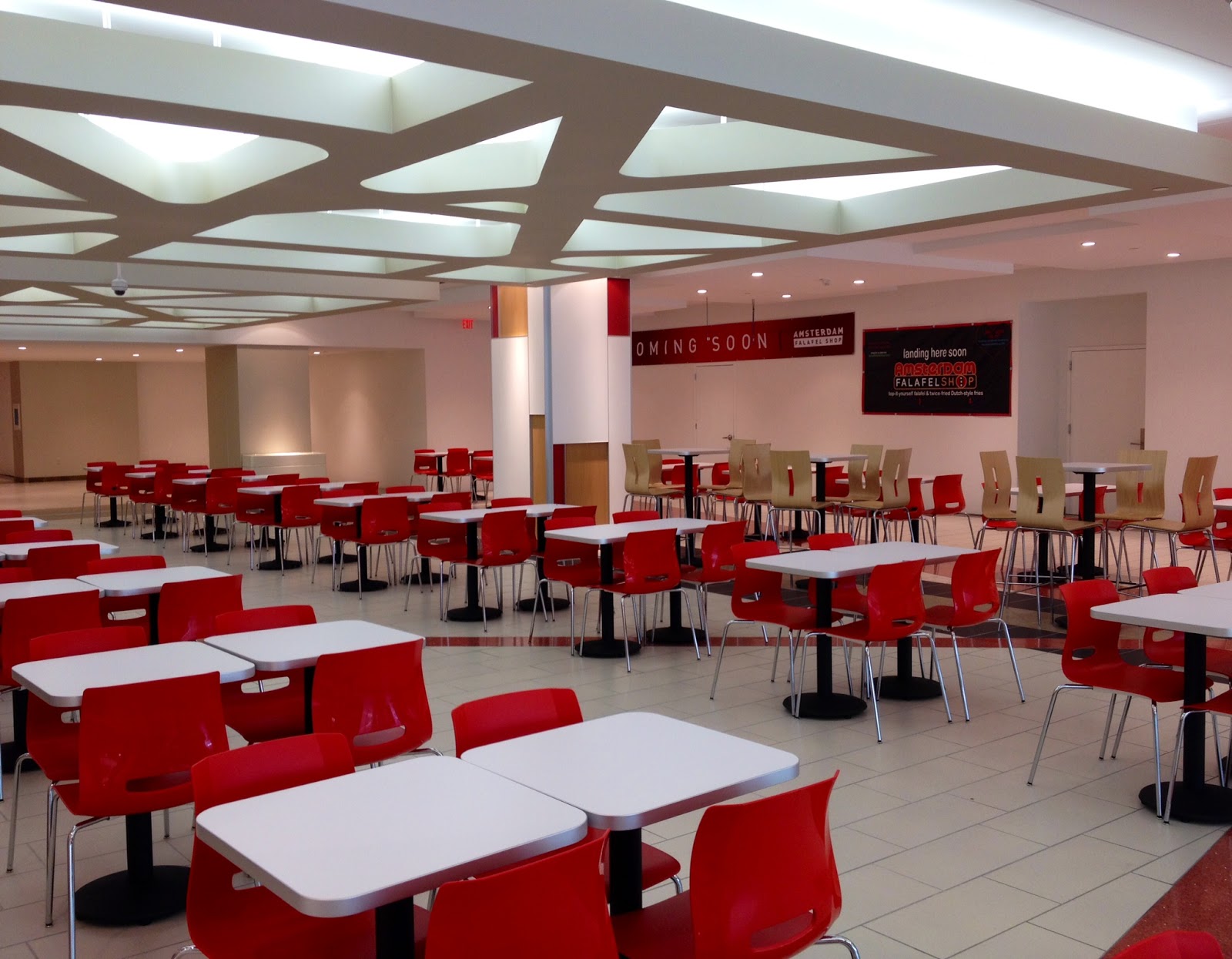 Any idea what, if any, plans the developers have for the above-ground aspects of these buildings? Everything looks so disjointed now. The old-school, communist-bloc style architecture of the L'Enfant Plaza office buildings stands in stark contrast with the shiny, new, modern glass atrium and the one modern glass entryway that's been added to the hotel/office building. Everything looks incongruous and mismatched. I hope JBG has plans to renovate the exteriors of the buildings to make for a more attractive and cohesive overall look for the area.