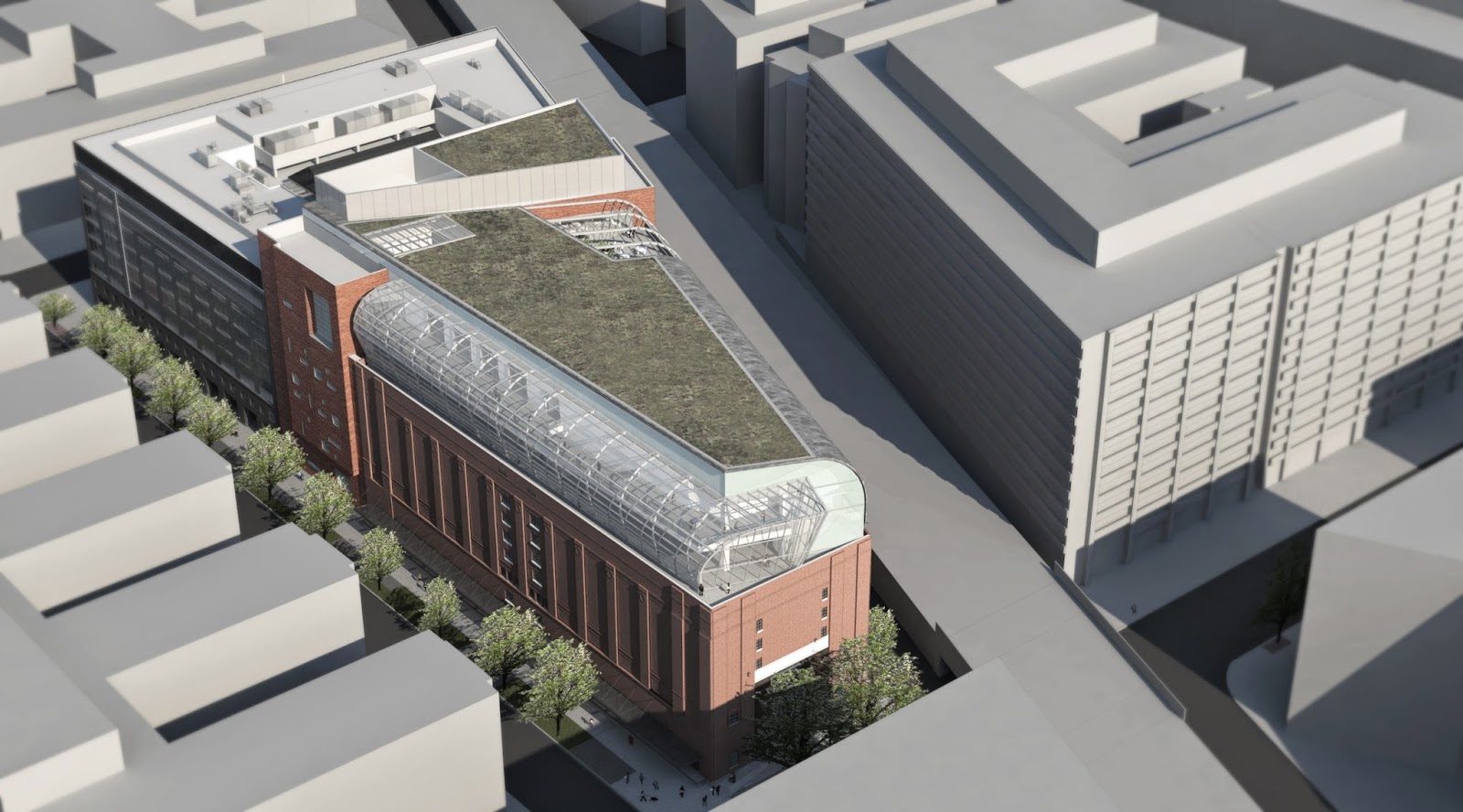 The Historic Preservation Review Board (HPRB) will evaluate plans for a new, private Museum of the Bible planned in the former Washington Design Center building at 4th and D streets on July 10. The museum is applying for historic designation for the building, hence the involvement of HPRB. According to the landmark application, 300 D Street is an eight-story building that was originally built in 1923 in the Neo-Classical Revival style (an addition to the east was built in 1983 when it became the Washington Design Center) for the Terminal Refrigerating & Warehousing Company for use as housing cold and dry storage warehouses, an ice manufacturing plant, and the company’s offices. Trains used to enter the building on the 4th Street side on a spur line to deliver goods and loading docks were located on the D Street and Virginia Avenue sides. An interesting note about the shape of the original building – a notch was created on the southeast corner along Virginia Avenue because row houses were there when it was originally built. 300 D Street is the only large, Neo-Classical-style warehouse still standing in the District. 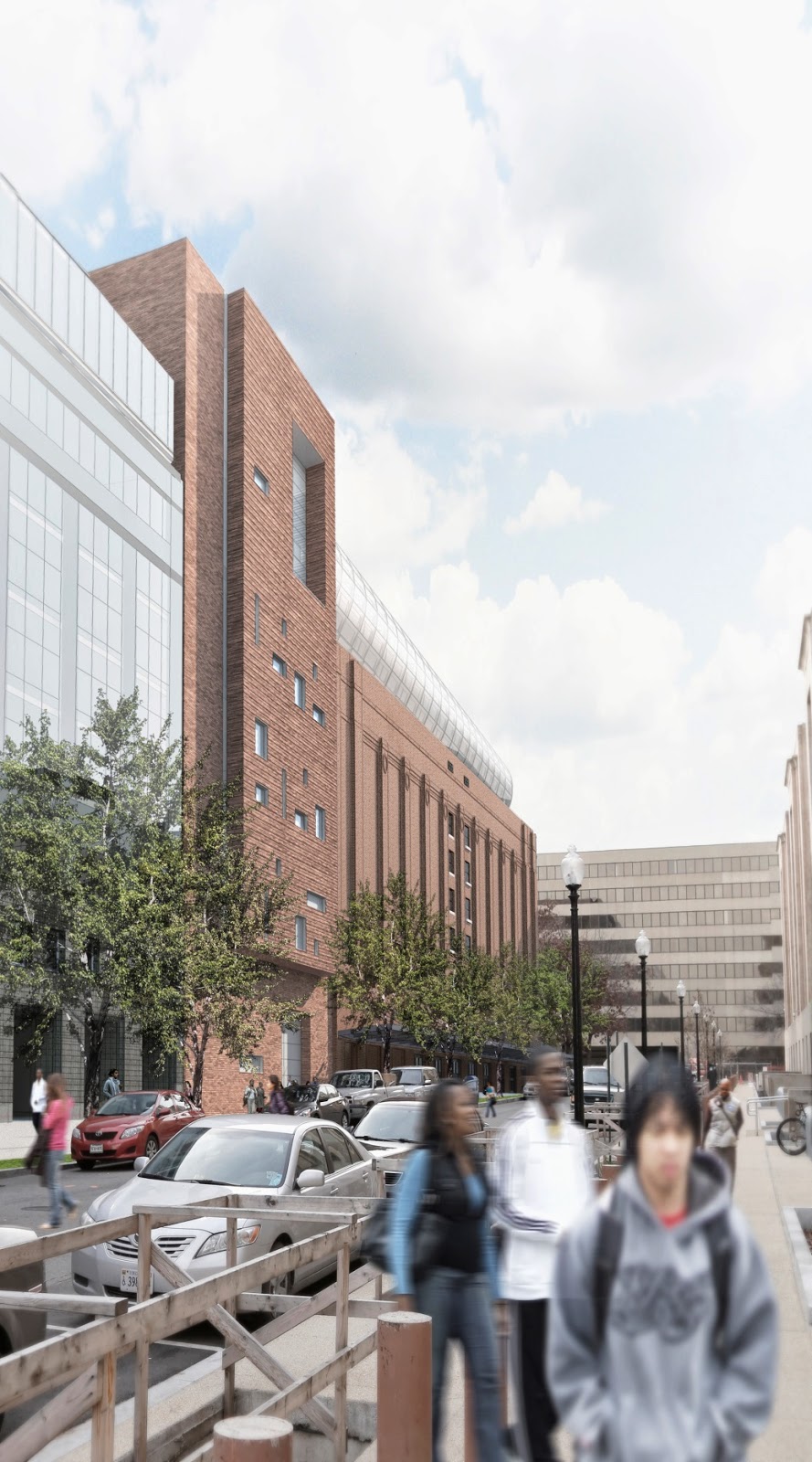 SmithGroupJJR has designed the museum to restore some elements of the building that were lost when it was converted to the Washington Design Center and create a new addition to replace the 1983 version, as well as build a large glass atrium above the existing building with a green roof. The museum will be approximately 400,000 square feet, about 30,000 SF larger than the existing building and addition. The main entrance will be located on 4th Street where the train used to enter the building and the loading dock bays that were on D Street will be retrofitted with windows and an open framed canopy above. The new addition will be made of oversized handmade bricks and have been designed to look like stacked bibles.

On the first floor of the museum, there will be a lobby, museum shop, orientation desk, media wall, and security station. A grand staircase in the new addition will lead to the other floors. Above the first floor is a mezzanine level that will have a coffee shop and multipurpose room. The second through fourth floors will contain permanent exhibit space, while the fifth floor will contain an affiliated museum and performance hall. The sixth floor will have conference space, restaurant, lounge, and biblical garden. Special exhibits and museum support will be in the first basement level and space will be carved out in a second basement level for storage and staff support. The adjacent office building will also receive a one-story addition for an institute with a conference hall, offices, library, education center, and housing units for visiting scholars.

If approved, the museum is looking to open in 2017.

Renderings courtesy of SmithGroupJJR
Posted by SWill at 7:42 PM

Sweet Jesus! I deplore Hobby Lobby's politics but I am glad they're willing to invest in DC and will help create more pedestrian activity at this area of Federal Center, SW.

And at least we aren't getting a museum that is overtly arguing that the dinosaurs roamed the earth 6,000 years ago.