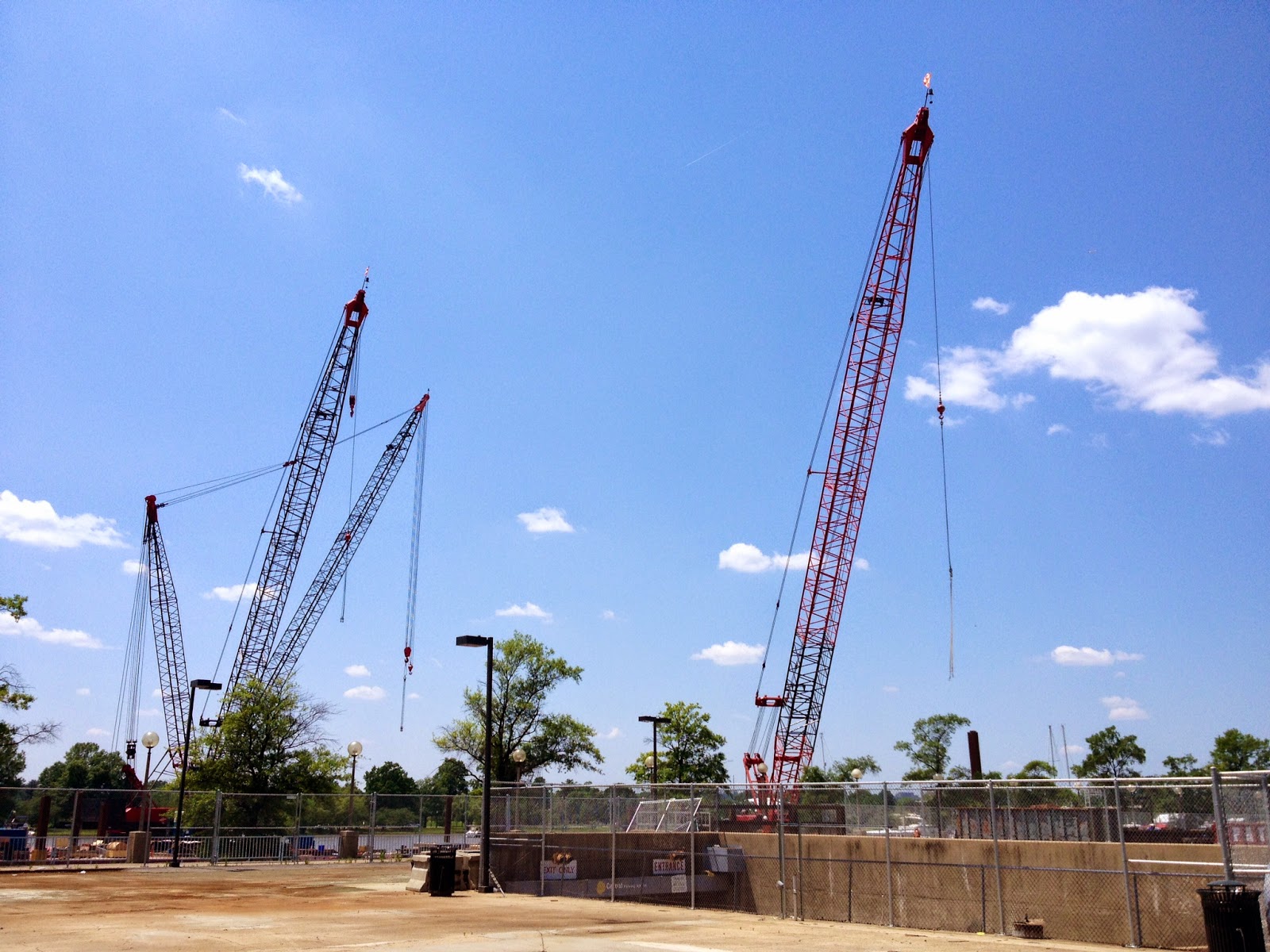 Three more cranes have arrived on-site at The Wharf over the past couple of weeks to help with demolishing the existing docks at the Gangplank Marina and the seawall. Gangplank Slipholders Association President Karen Anderson brings word that construction fencing has cut off the lower portion of the seawall promenade between 7th Street and what was formerly Phillips Flagship. The restaurant closed late last month and will reopen in a much smaller takeout format at L’Enfant Plaza this summer. Pier 7 Restaurant at the Channel Inn closed in late March. Meanwhile, Jenny’s Asian Fusion is still open for the time being and the Maine Avenue Fish Market will remain open through the duration of construction. Seventh Street Landing is also a part of the construction zone, so activities that used to take place over there have been moved downchannel to Gangplank Park closer to 6th Street, including Bufus’ King Ribs.

Water Street is now closed to traffic between 7th and 9th Streets while utility relocation work gets started. In addition, parking is no longer allowed along Water Street from 7th Street to the fish market. The street will no longer exist when phase one of The Wharf is completed in late 2017.
Posted by SWill at 7:18 AM