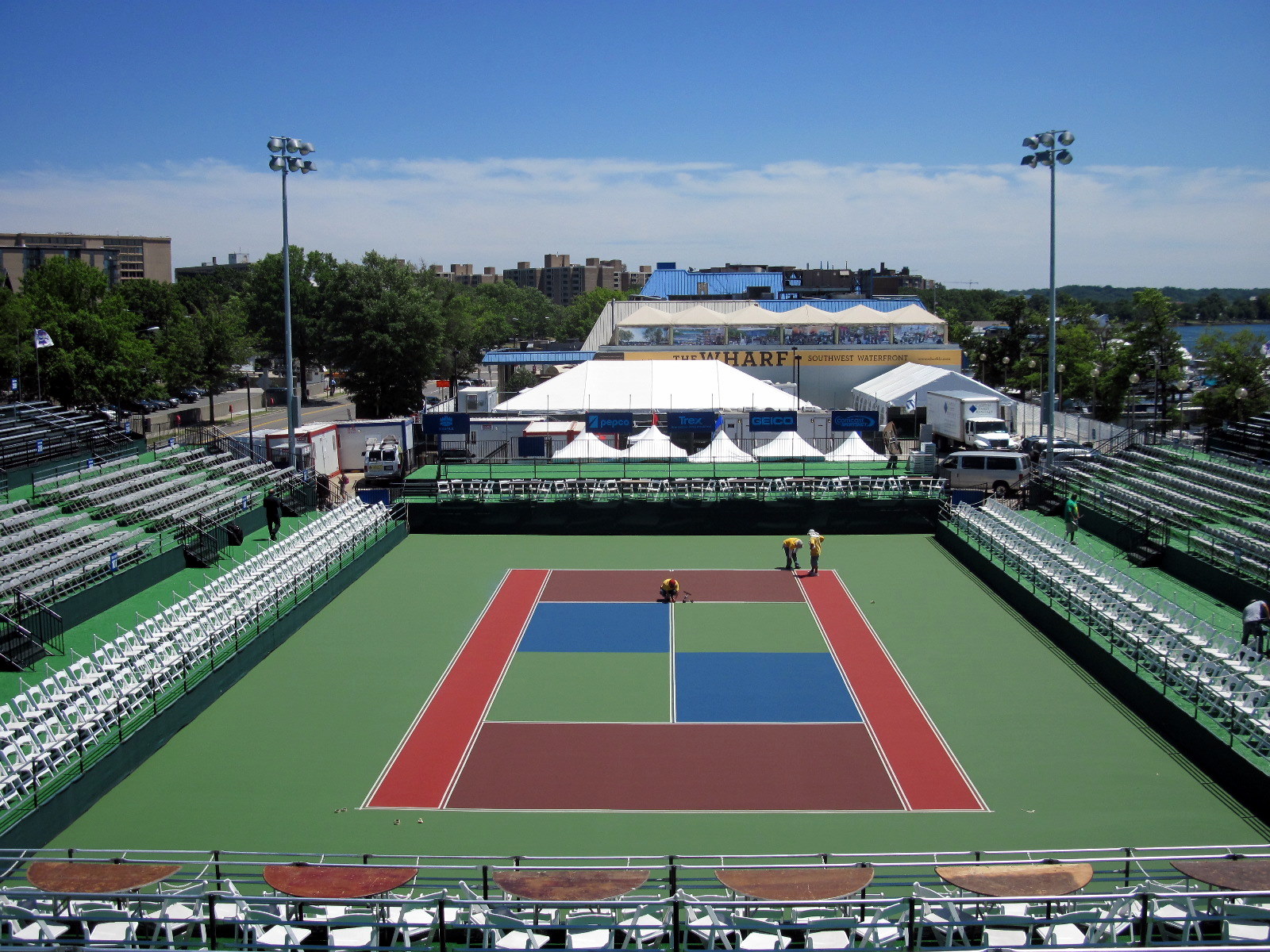 According to Gordon Fraley at Vornado, the Washington Kastles stadium will not be built on the empty lot at the northwest corner of 4th and M streets in Waterfront Station. It was reported last month that the team was considering the site for their temporary stadium, which had to be removed from the Southwest Waterfront last year to make way for Phase I of The Wharf.  From Fraley's email update:

After extensive due diligence, we were not able to make the site work for this use...We are in the process of working with other organizations to provide other exciting interim activation experiences at Waterfront Station.

It's unclear where the Kastles will be playing their home matches this season, which is set to get underway on July 9 against the Boston Lobsters.

Meanwhile, another planned interim use at Waterfront Station that will be moving forward is an art installation on the District-owned NE parcel next to CVS. The Southwester reports that the lot will become a mini-exhibit garden with works of art from five internationally-known artists as a part of the 5x5 Project from the DC Commission on the Arts and Humanities. Curator Lance Fung selected the following artists to work on the SW exhibit, which will be called Nonuments: Jonathan Fung, Cameron Hockenson, Peter Hutchinson, Jennifer Wen Ma, and Nora Naranjo Morse. From the article:


“For my curatorial contribution to 5×5, I envision Nonuments — a temporary sculpture park featuring ‘monuments’ devoted not to the great, but to ordinary people, to the ideals of democracy, and to the common struggles of humanity,” says Curator Lance Fung.

The exhibit will be on display for 16 weeks from September to December.
Posted by SWill at 8:57 AM