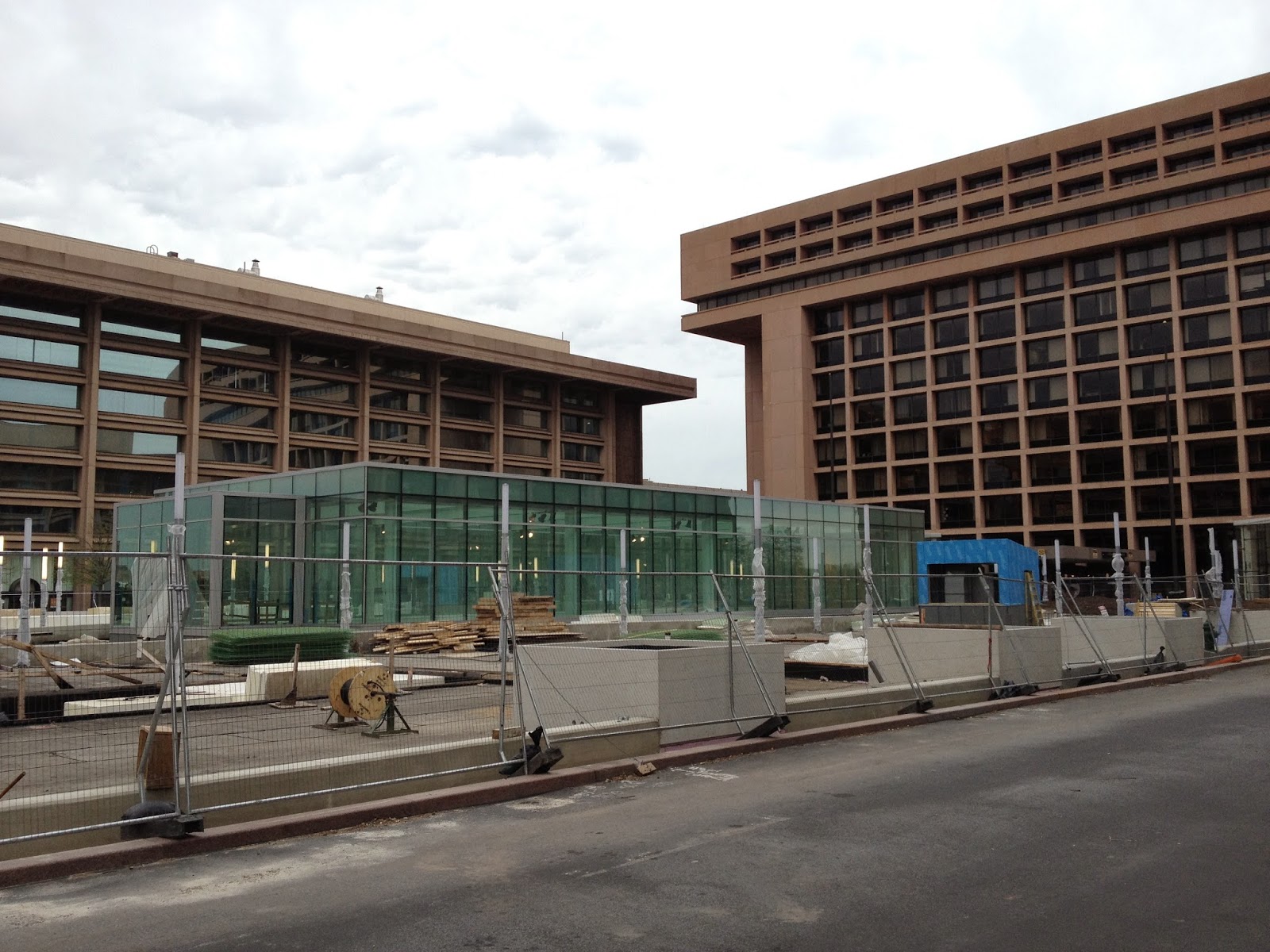 More retailers have been announced for the second phase of renovations at L’Enfant Plaza’s retail center, according to an ad taken out by The JBG Companies in the Washington Business Journal (subscribers only). These include: Amsterdam Falafelshop, Brown Bag, Charleys Philly Steaks, Church’s Chicken, Dress Barn, Elite Dry Cleaners, Italian Gourmet Deli, Naan & Beyond, Panda Express, Phillips Seafood, Red Robin’s Burger Works, Shoes by Lara, Subway, and a dentist office. Several of these retailers were already suspected of opening in the second phase in a post from last July, but the ad makes the arrival of these tenants official. Shoes by Lara is relocating from its downtown location and their tenant fit-out is underway in phase one of the retail center, while Phillips is relocating from the Southwest Waterfront. The retailers are expected to open in the summer/fall of this year.

Meanwhile, Bike and Roll has opened in the ground floor of the north office building facing the plaza, which itself is transforming with the glass atrium erected and new lighting installed. The atrium will serve as the entrance to the renovated retail center. Bike and Roll relocated from the Old Post Office pavilion downtown. The L’Enfant Plaza Hotel is closed until 2015 as it is renovated (according to the hotel’s website) into “a modern and stylish version of its former self.” In addition, the north office building is under renovation. There is still some space available on the ground level of the north office building for retail, which can help active the plaza with the right kind of retailer, such as a restaurant with outdoor seating.

Rendering courtesy of The JBG Companies
Posted by SWill at 8:45 AM

Awesome--now if only they would stay open during evenings and weekends!

These are fast food restaurants, not retailers, except "Shoes by Lara." Looks like JBG isn't having luck attracting higher-end retail to L'Enfant Plaza, despite the renovation.