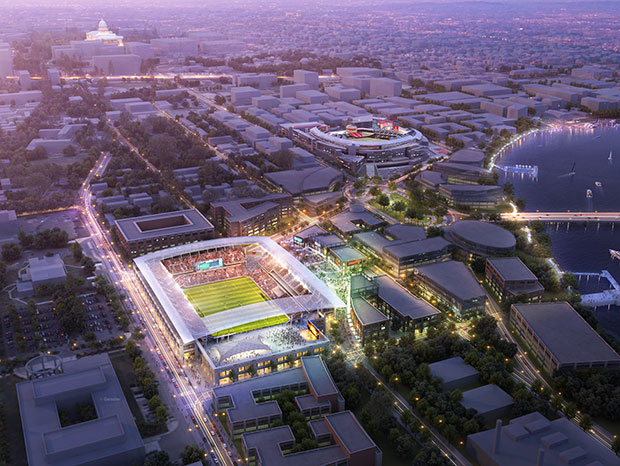 Soccer Insider from The Washington Post speculated about the soccer stadium deal’s chances for success depending on who wins the DC Democratic Mayoral primary. With Ward 4 Council member Muriel Bowser’s victory Tuesday night over Mayor Gray, the author theorized that the deal may still have a chance to move forward. From the article:

Where does Bowser stand? Initially, she came out against the proposal, saying she would not support a plan that would turn over the city-owned Reeves Center at 14th and U streets NW to a developer in exchange for a large parcel on the stadium footprint. Her stance was fueled in large part by politics: opposing a major Gray initiative ahead of the campaign.

But in recent months, her tone has softened and those involved in the stadium talks believe, in the event she wins, they could work with her. One figure said Bowser is “open-minded and reasonable. She wants the right deal.”

Terms of the proposal would probably have to change and the process would slow, but the plan could remain on track, especially if Bowser retained City Administrator Allen Lew, Gray’s stadium point man.

The CBCC tweeted on Tuesday (not an April Fools’ Day joke) that over $1 million that had been held up for months by the city to rebuild the playground and plaza area at the Randall Recreation Center on South Capitol and I streets has finally been released. The park funding had been in limbo since 2013 when KIPP unsuccessfully lobbied to build a charter school on the site. The planned improvements include:
In addition to the renovations, the front door and windows at the rec center may be replaced with new ones. There is no estimate yet for when the playground and plaza will be completed.

Rendering courtesy of DPR
Posted by SWill at 8:33 AM

This is great news. I walked by that area just the other day and marveled at how uninviting and sad-looking it is.