The Wharf development is featured on the cover of this week’s Washington Business Journal (subscribers only). A timeline showing how the project has progressed over the past 10+ years is presented, as well as a description of each of the parcels to be developed. A groundbreaking ceremony is supposed to occur sometime this month (it’s election season of course, so it has to happen soon).

On a related note, PoPville reports that the Channel Inn will close at the end of March, which is more than a month before the May deadline it was given by Hoffman-Madison Waterfront. As reported last month, the Channel Inn will be used as office space for the construction team and the Capitol Yacht Club will move its operations there. In addition, Jenny’s Asian Fusion may open a small restaurant in the Channel Inn space that would include breakfast. A building permit was issued recently for the conversion.

The Office of Planning will be undertaking an Urban Design Framework for the Buzzard Point neighborhood in anticipation for the new DC United stadium planned for 2nd and R streets. An Opportunity Analysis Diagram was sent in the monthly SWNA newsletter that shows certain elements that should be taken into consideration when re-imagining the neighborhood. Most of the southern portion of the study area is industrial in nature while some public housing and private homes are in the northern portion near P Street. A public kick-off meeting will be announced soon. The last time a plan was done for the area was the Buzzard Point Planing Assistance Team (PAT) back in 2009.

Do you support the current plan between the District and DC United for a soccer stadium in Buzzard Point? Vote in the poll on the left sidebar of the blog.

Rendering courtesy of the Office of Planning 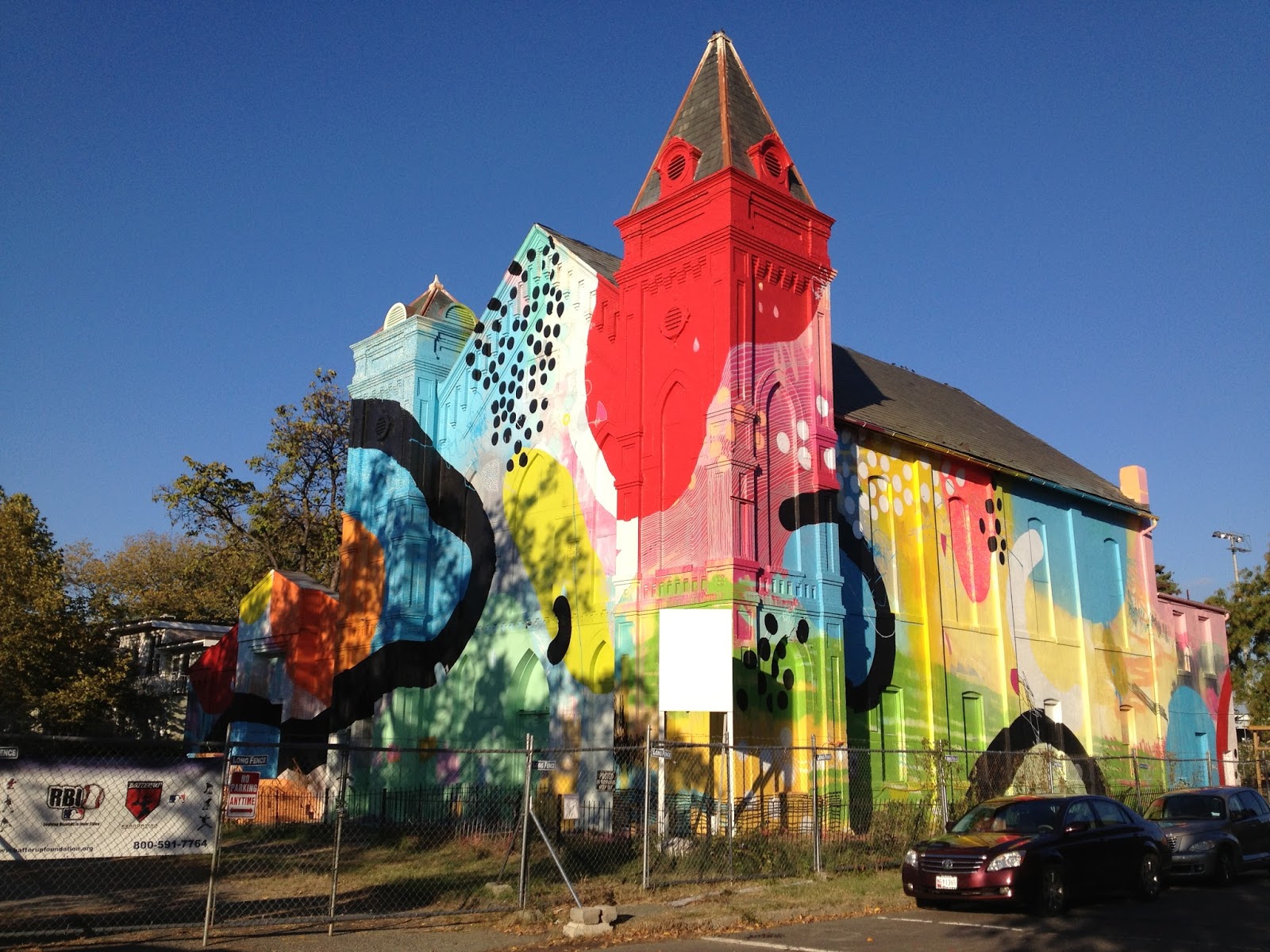 Blind Whino: SW Arts Club will be hosting a free reception on Saturday, March 22 from 8-11pm to kick start Art Without Borders 2014, which is a custom vinyl art exhibit raising awareness and funds for the Doctors Without Borders Organization. The arts club is located in the former Friendship Baptist Church at 734 1st Street. After the reception, the exhibit will be on display until April 22 at the Art Whino Gallery at National Harbor. RSVP for the reception here.
Posted by SWill at 5:41 PM

I think you've the address wrong. It's Delaware Avenue, not First Street.

Blind Whino: SW Arts Club lists their address as 734 1st Street, SW on their website. The 1st Street right-of-way runs in front of the building. If anything, the building is more on H Street than Delaware Avenue.