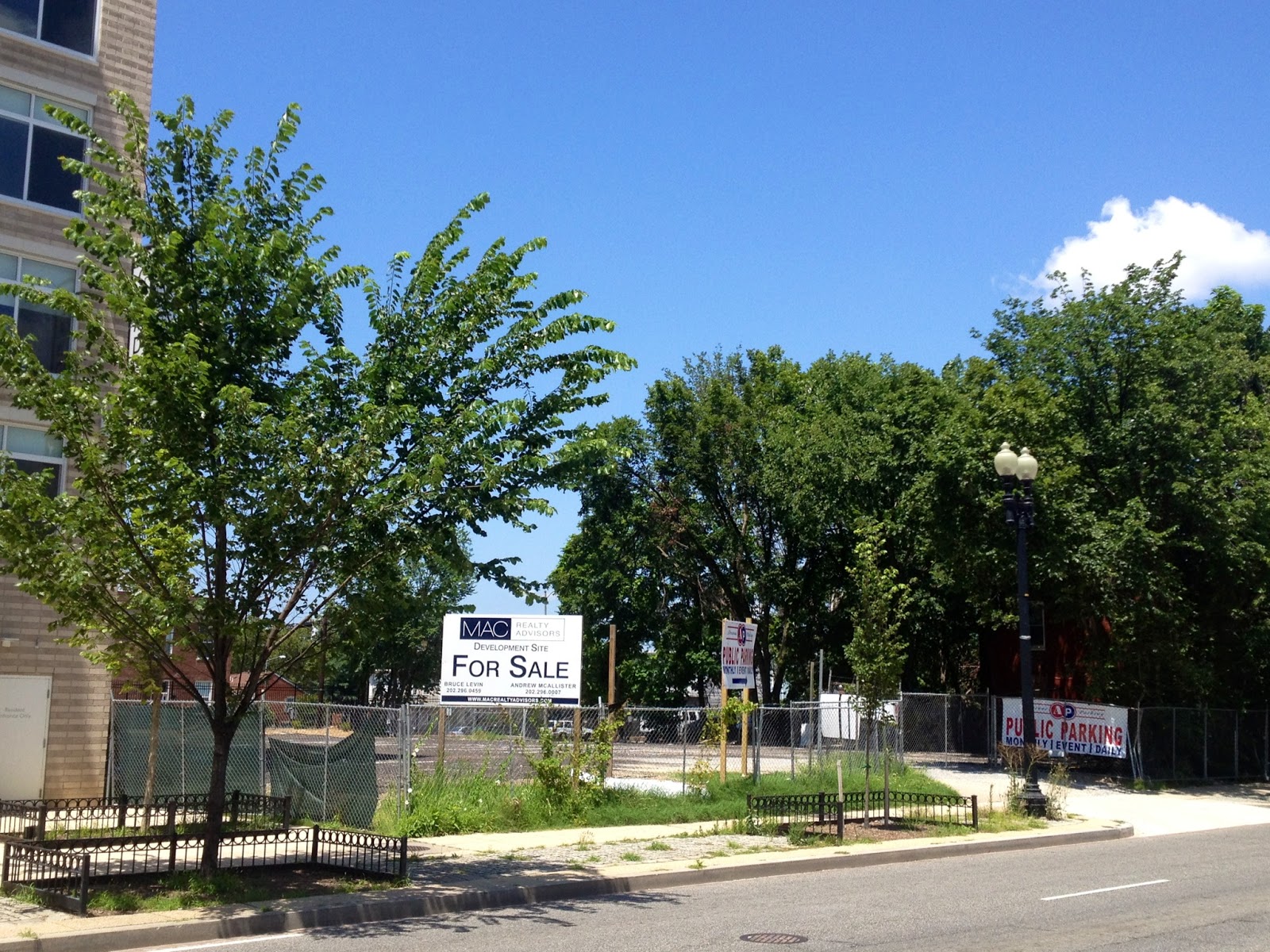 Camden South Capitol may soon get a new neighbor to its north. 1319 South Capitol Altus LLC (Altus Realty Partners) has the vacant lot and some of the adjacent buildings under contract, located across the street from Nationals Park. It was just six months ago when a permit was issued to build a parking lot on this site. Leasing at Camden South Capitol has been averaging about 20 units per month since opening last spring, which is encouraging news to Altus. They are in the initial stages of planning a rental apartment building on the site and are negotiating with the remaining property owners on the block to potentially increase the lot size. The developers came to the ANC on Monday evening to give them an update on their preliminary plans. They are currently planning a 250,000 SF building which is allowable by-right with about 260 to 270 units and some ground floor retail. There will also be an affordable component due to inclusionary zoning requirements.

The developers will need to come back before the ANC once their plans are further along in order to get their support for any zoning approvals needed since the site is within the Capitol Overlay District. If some or all of the rowhomes become part of the development footprint, hopefully they can be incorporated into the design of the new building. A recent example of where this has been done is 7th Flats at Progression Place in Shaw. There are so few older rowhomes in Southwest and their reuse as retail space (a dentist office currently occupies one of the rowhomes) could help bring some unique retailers to the area as the South Capitol Street corridor gets revitalized in the coming years.

Lot map courtesy of Altus Realty Partners
Posted by SWill at 12:01 AM

I also thought of Progression Place when I first saw this. I've been meaning to get some photos of it, since they've done a fantastic job of :
(a) making the tower disappear as you're walking by at street level
(b) fixing up the rowhouses to make it look like nothing has happened
(c) making the transition from old to new building almost seamless within the interior spaces
(d) getting some really awesome retailers into the old/new spaces, partly thanks to the new customers upstairs.