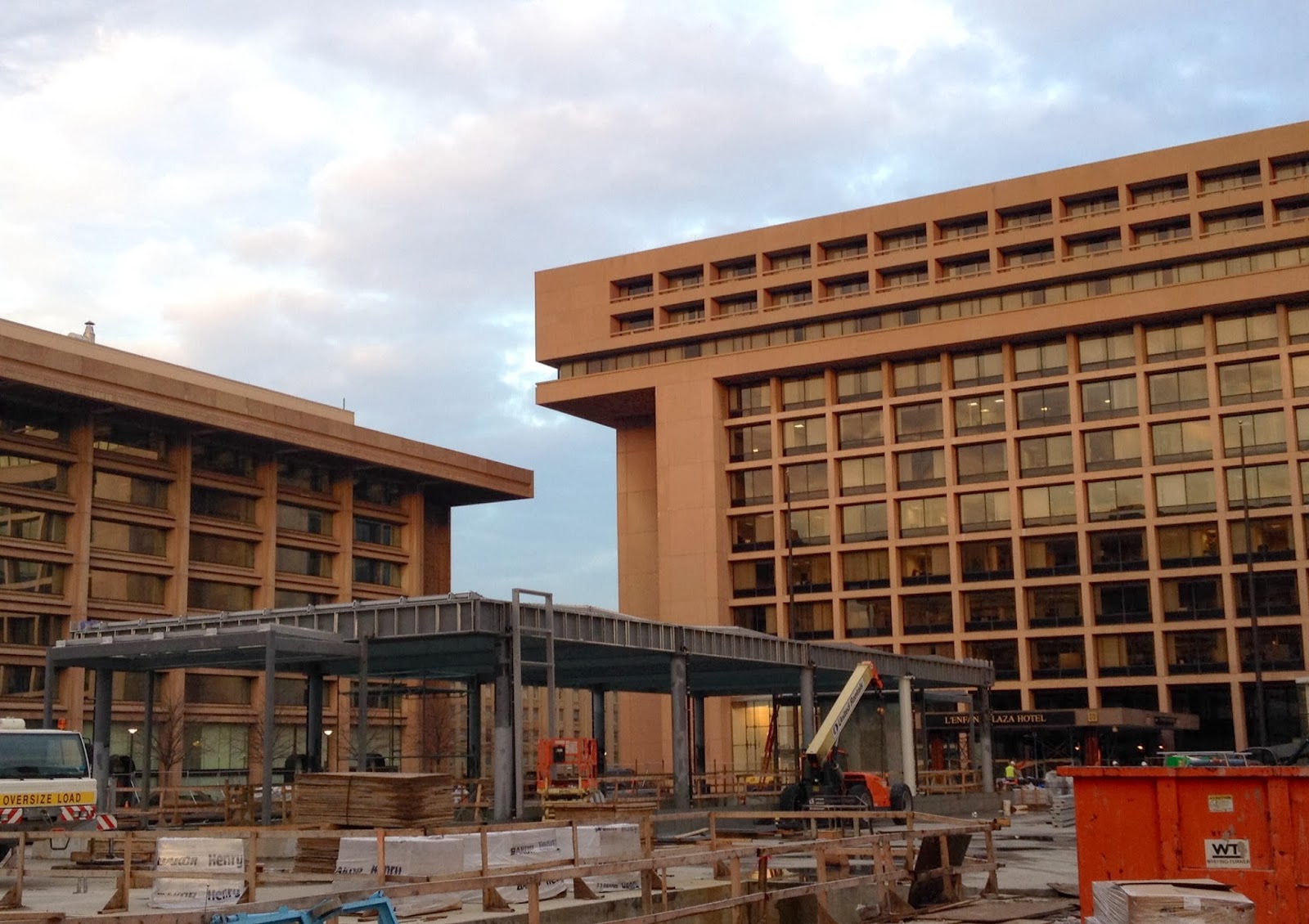 On a recent trip to L'Enfant Plaza, I noticed a couple "Coming Soon" signs in the retail promenade. One of them was Brown Bag, which will replace Frozen Yogurt Indulgence. Brown  Bag serves breakfast, salads, sandwiches, noodles, and soups. A second sign was up for Shoes by Lara, located next door to Nash's Sporting Goods.  It appears that Nash's has reduced its footprint to accommodate Shoes by Lara. According to the Going Out Guide, Amsterdam Falafelshop will be opening in L'Enfant Plaza as well, aiming for an August or September opening. The above photo shows construction of the glass canopy from last month, but more progress has been made since then. A portion of the facade is now being installed.
Posted by SWill at 8:07 AM

Does anyone know what the road construction on L'Enfant Promenade (i.e., 10th St. SW) is all about? They've been working on it for months. Is it just intended to be repairs to the crumbling surface? It's been in bad shape for years. I can't help but wonder why they're fixing it up now, when supposedly it might all get demolished/reconfigured in the next 10 years or so if the NCPC's grand plan comes to fruition (which is admittedly a big question mark).

Also, I love the fact that they bothered to go to the trouble to take down and repaint all of the light fixtures along the street and put them back up ... and yet at least half of them are not working. The whole street is dark and creepy at night. The painted light poles are a nice idea, but it would be a lot nicer if the street lights actually provided ILLUMINATION. That area is a total safety hazard.