Another Vacancy on ANC 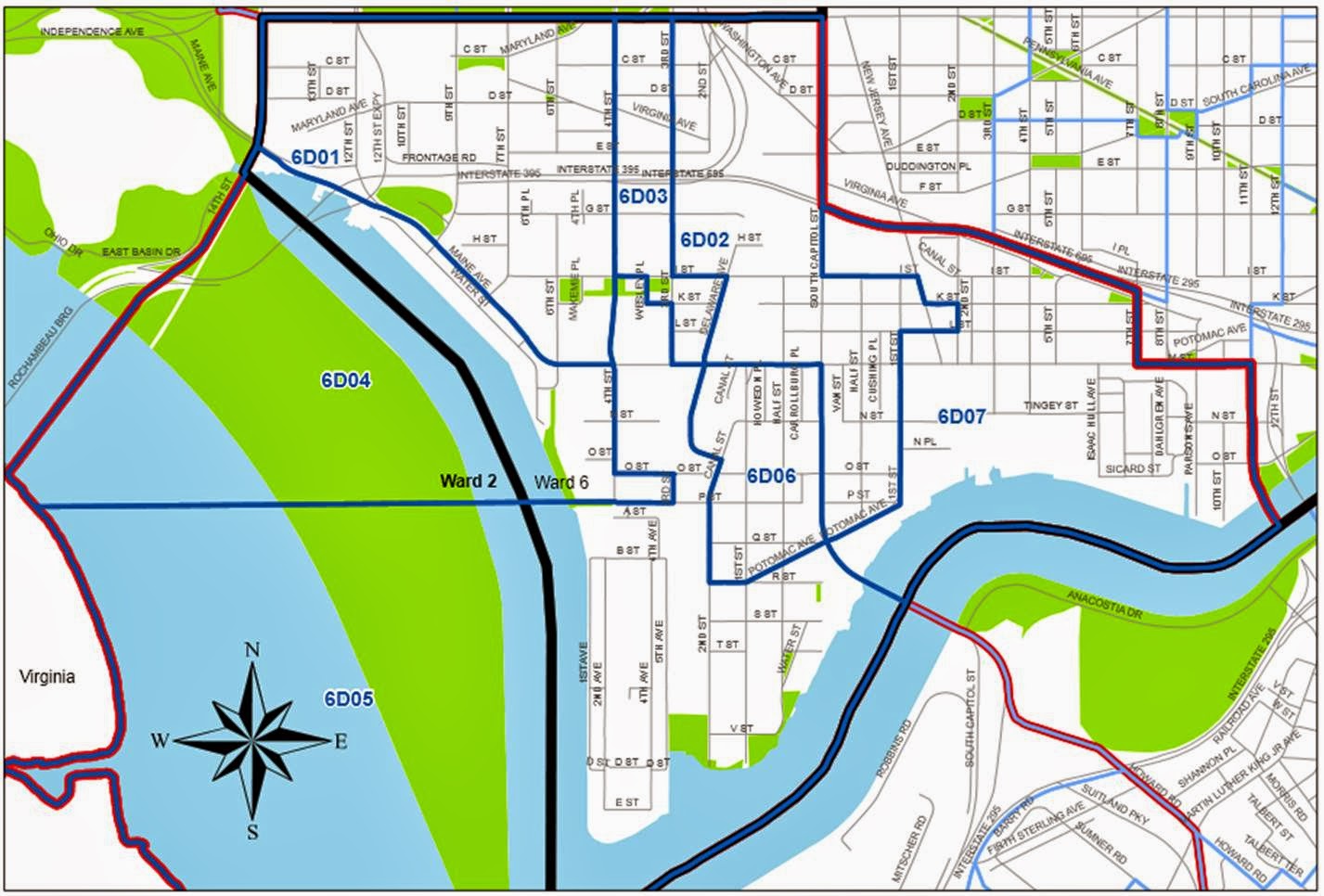 ANC 6D Commissioner Ed Kaminski resigned from his post representing SMD 6D02 effective January 1, which leaves a vacancy on the ANC. This particular SMD is the only one that covers both sides of South Capitol Street. In Southwest, the SMD includes Capitol Park IV, Capitol Park Plaza, and Capitol Park Twin Towers. Residents of these communities as well as those in Near SE have a chance to run for the seat. In order to do so, candidates will need to visit the Board of Elections and file the necessary paperwork, then obtain 25 signatures over the next three weeks (which began last Monday). After a one week protest period where the signatures are verified, those who meet the requirements will be able to run for the seat. There will be a special election at the March 10 ANC meeting where residents of SMD 6D02 will be able to vote for a new ANC commissioner. If only one person qualifies for the position, they will win the seat without the need for an election. The newly elected commissioner will serve the remainder of Kaminski's term, which ends this year.

This is the third vacancy on the ANC since October. SMD 6D03 Commissioner Ron McBee passed away and SMD 6D01 Commissioner Donna Hopkins resigned shortly thereafter. Replacing them on the ANC are Rachel Reilly Carroll and Sam Marrero, respectively.

The next general election will be in November when all ANC 6D seats will be up for grabs.
Posted by SWill at 12:03 PM

I am running for the ANC 6D02 seat and encourage people to check out my website at https://www.facebook.com/CloydforCommissioner