King-Greenleaf Playground to be Upgraded; New Randall Programming to Begin 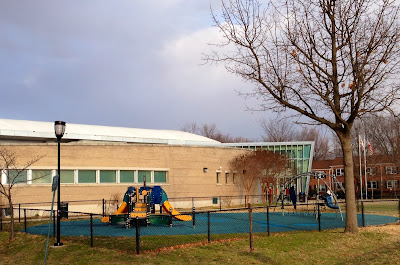 Last month, Mayor Gray announced that eight additional playgrounds have been added to the original list of 32 playgrounds that will be upgraded under DPR’s Play DC Playground Improvement Initiative. King-Greenleaf is one of the eight new playgrounds added to the upgrade list for improvements in 2014. Randall is one of the original playgrounds on the upgrade list, but that project has been delayed due to the uncertainty earlier this year revolving around KIPP DC’s unsolicited proposal to redevelop the Randall Recreation Center, pool, and ball fields to a new charter high school campus. At least 20 of the original 32 playground upgrades have been completed so far. Once I get an update from DPR about timing for King-Greenleaf and Randall, I’ll pass that along.


Separate from the Play DC initiative, planning for the Southwest Playground Project at 3rd and I streets is moving along. A builder RFP was issued by the Department of General Services (DGS) in October, although additional funding is still needed in order to complete the project since labor costs are higher than originally estimated. Build Day is tentatively scheduled for spring 2014, but the exact timing will not be known until a builder is selected by DGS.


Meanwhile, Randall Recreation Center is gearing up for new programming that will begin the week of January 6th. Sasha Bruce Youthwork, Inc. has put together a programming guide for classes at the rec. center during the winter months.  Classes for people of all ages are available, including art, fitness and exercise, as well as youth-oriented activities. The Tot Lot program for toddlers ages 18 months to three years old is already underway. Programming has been very limited at Randall for several years and the effort to bring more activity to the rec. center has been a collaborative effort between the CBCC, SWNA, DPR, Sasha Bruce Youthwork, Inc., and others.

All classes are free, but registration is required. Register in person on Mondays between 4 and 7pm, or send an email to Clynthia Graham to request an electronic registration form. More information is available by calling 202-554-6973.
Posted by SWill at 6:06 PM

Since KIPP has signed a deal to build their high school on the site of the old Hamilton school building on Brentwood Parkway behind Gallaudet, that shouldn't be a hold-up on the site anymore.