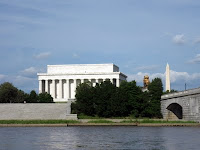 The vocal ensemble Shirli Hughes and Ovation! will perform a free concert called "Singing Freedom's Song" on Saturday, August 24 at 6pm to commemorate the 50th anniversary of the March on Washington. Members of the audience will be asked to sing along to some of the freedom songs from the Civil Rights Era. The concert will be held at Westminster Presbyterian Church at 400 I Street. 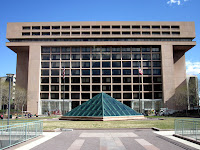 It was reported in the Washington Business Journal that an affiliate of The JBG Companies will have to sell the L'Enfant Plaza Hotel to San Francisco-based Stanford Hotels Corp. for $48.7 million due to a ruling by a DC Superior Court Judge.
Posted by SWill at 9:00 AM