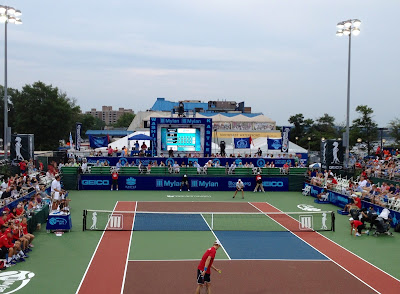 The season began with history being made as the Kastles broke the Los Angeles Lakers' long-standing record of consecutive wins by a professional sports team.  The unbeaten streak ended at 34 wins and after a two-game skid, the team rebounded and secured the top seed in the Eastern Conference (as well as the best record in the league).  The two-time defending Mylan WTT champions begin the quest for a three-peat tonight at 7pm.  If the Kastles win tonight, they will host the Mylan WTT Finals on Sunday, July 28.  Tickets are available.

Oval Office photo courtesy of Washington Kastles
Posted by SWill at 10:04 AM