What Will Happen to Randall Recreation Center? 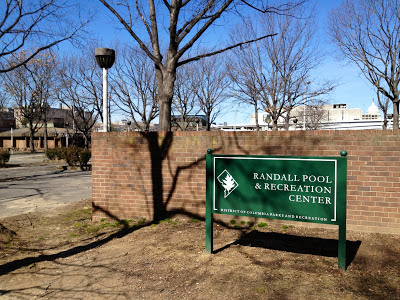 For several years, Randall Recreation Center at South Capitol and I streets has been underutilized. Next door to the recreation center are a community pool, tennis & basketball courts, ball fields, a playground, and a forlorn plaza area. While the ball fields, pool and sports courts are heavily used, the recreation center is currently devoid of programming. There have been efforts by local organizations, such as the Near SE/SW Community Benefits Coordinating Council (CBCC) and SWNA, to get financing and bring some programming to the recreation center. Funding has been secured by the Gray administration’s “Play DC” initiative to build a new playground and renovate the plaza area to make the entrance to the recreation facility more inviting and user-friendly, with construction to occur later this year.


Meanwhile, the Department of Parks and Recreation is supposed to release a Request for Proposals (RFP) to select a non-profit provider of services to Randall Recreation Center. Related to the upcoming RFP, KIPP DC proposes to build a new, LEED-certified charter high school designed by StudiosArchitecture on the site of the current recreation center along South Capitol Street that will accommodate 650 students. There would be space on the ground level for a facility run by Georgetown University Medicine. In addition, KIPP DC would refurbish the existing Randall pool and ball fields, move the basketball courts to the northwest corner of the site, and build a brand new community center and pool house adjacent to the pool. KIPP DC has an ambitious schedule and plans to deliver the new school by the summer of 2014.


However, KIPP’s plans are incompatible with those of the developers of the former Randall Junior High School site next door. Telesis/Rubell (the Rubell family also owns the Capitol Skyline Hotel across the street from the rec. center) bought the former school from the Corcoran and plans to bring a contemporary art museum and restaurants to the historic buildings as well as build 400,000 square feet of apartments and townhouses. Telesis’ Marilyn Melkonian has pledged to find financing to renovate the existing recreation center. In addition, the Randall Recreation Center could be designated as a historic landmark as one of the few remainders of buildings that existed prior to Urban Renewal, which could complicate KIPP DC’s plans.


Each of the plans for Randall has their pluses and minuses. KIPP DC would build a brand-new community center, but what about the increased traffic from 650 students and faculty coming to the site each school day? Is a brand new community center and refurbished fields worth bringing a new school into the community where only students from KIPP DC’s elementary and middle schools would be able to attend? Would Telesis/Rubell still move forward with their plans next door if the charter school is built? Telesis has pledged to find financing to help renovate the existing recreation center, but is it guaranteed that financing would be found? How long would it take to get sufficient financing under either scenario to fund programming? There are a lot of questions yet to be answered.

Rendering courtesy of Studios Architecture
Posted by SWill at 6:00 PM