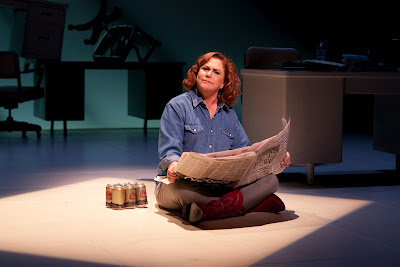 The third season at the new Arena Stage has begun with Red Hot Patriot: The Kick-Ass Wit of Molly Ivins, starring Kathleen Turner, written by Margaret Engel and Allison Engel and directed by David Esbjornson. Red Hot Patriot is a 75-minute performance filled with anecdotes from the life of Molly Ivins, a feisty liberal newspaper columnist from Texas played brilliantly by Turner. If you haven't seen the show yet, make your way down to 6th & M Street.

While Southwest Night has already passed for Red Hot Patriot, here are the dates for the other Southwest Nights during the 2012/13 season where tickets are discounted for residents and workers ($35 for musicals and $25 for non-musicals):


Red Hot Patriot will run through October 28 in the Kogod Cradle and tickets are available here.