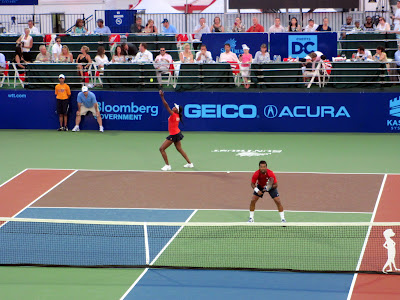 The Washington Kastles, WTT Defending Champions, began their 2012 season last night with a win on the road against the Orange County Breakers 22-18.  Tomorrow, the team plays another road match against the Springfield Lasers.  Thursday will be the first home match of the season at Kastles Stadium at The Wharf against the New York Sportimes.  Gates open at 5:15pm and first serve will be at 7pm.  Prior to the start of the match, a WTT Championship Banner Ceremony will take place.  The 2012 home schedule is as follows: 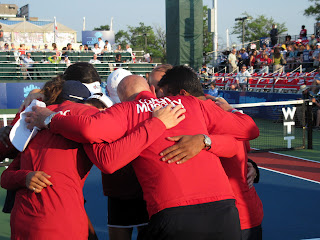 The Kastles will host an inaugural charity tennis match on Tuesday, July 17 at 7:30pm called the Washington Kastles Charity Classic. There will be two teams of 12 players, with each team featuring members of Congress from both major political parties, diplomats, members of the Obama administration, media personalities, and Kastles players.  All proceeds will go to Share Our Strength, DC Public Education Fund, and the Tragedy Assistance Program for Survivors (TAPS), which helps care for the families of fallen heroes. Tickets are $10 for general admission, $100 for boxes, and $500 for tables. General admission tickets are available on Ticketmaster and tickets for boxes and tables can be purchased by calling the Kastles at 202-4TENNIS.
Posted by SWill at 11:50 PM

Here’s a SHOUT OUT to the Kastles and their sponsor, Residence Inns, for giving our SW Washington Youth Tennis Club 25 tickets to opening night. We all loved the excitement of the matches, and cheered when our name flashed across the jumbo video screens. And, to cap off the evening, the Kastles gave all of our youngsters a new racket. It was a fun evening. Thank you Kastles and Residence Inns.