Other Capitol Park Apartment Buildings to be Sold 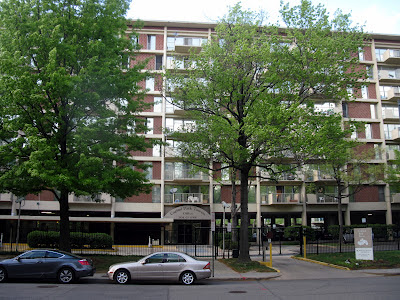 After it was revealed that Capitol Park Towers (pictured above) was under contract by Urban Investment Partners and the tenants formed a tenants association to exercise their Tenant Opportunity to Purchase Act (TOPA) rights, it appears that the owner of the other two Capitol Park apartment buildings want to sell their remaining interest in those buildings as well. The Department of Housing and Community Development received a notice of transfer on April 18 for Capitol Park Twin Towers (a 320-unit building located at 101/103 G Street) and Capitol Park Plaza (a 328-unit building at 201 I Street). The owner intends to transfer 5% of their interest in the properties. The 95%/5% transaction was a loophole owners used to avoid TOPA taking effect before the law was amended in 2005. What was done previously was an owner would deed 95% of their interest in a building but maintain 5% interest, so the transaction was not technically a sale.  In the case of Capitol Park, 95% interest in the two buildings were transferred from Capitol Park Associates to Capitol Park Apartments (both Limited Partnerships) in 2002. Capitol Park Twin Towers formed a tenants association and sued to block the transaction in 2003 saying it was actually a sale and their TOPA rights needed to be enforced, but after several appeals, the suit was eventually won by the owners in 2006 due to the 95%/5% loophole.  What will happen now to Capitol Park Plaza and Capitol Park Twin Towers remains to be seen.
Posted by SWill at 8:10 AM

At the moment, those of us who live in the Park Plaza and Twins have been reassured that our leases and/or housing vouchers will continue to be honored and there are no plans to convert the buildings into condos.