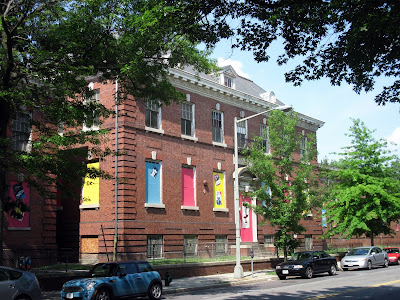 At last Monday's ANC 6D meeting, Marilyn Melkonian from Telesis came before the commissioners to request their support in extending the PUD for the Randall School project at Half and I Streets.  The Telesis/Rubell team have yet to submit their own PUD for the project, so the extension is for the original plans when the site was owned by the Corcoran and Monument Realty. The Telesis/Rubell team agreed to purchase the site from the Corcoran in 2010, but the sale closed only a few months ago. Telesis is putting together the programming, financing, and design of the project and hopes to start construction in 2013 with completion in 2015-16. While the project is still in the design phase, some particulars were revealed during the presentation. Below is a massing study done on the project by Bing Thom Architects that was presented at the meeting. 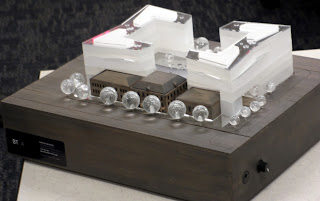 The ANC voted to support the PUD extension 6-1 after agreeing to rescind their prior disapproval 5-1-1 when no one from the Telesis team came to the February ANC meeting. Next, the Telesis/Rubell team will meet with the Zoning Commission on March 21 to seek the PUD extension.
Posted by SWill at 11:31 PM