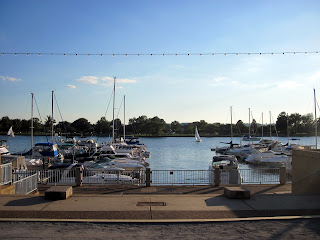 Our Mobile Market will retail local produce and artisan foods to urban dwellers both in central, downtown areas, as well as neighborhoods that typically don't have access to fresh food.  The mobile market will offer recipes, cooking demos, and fun food education to encourage better eating and home cooking, and will happily accept SNAP and WIC.

The Arcadia Center is a non-profit organization launched last year by National Restaurant Group's Michael Babin, who operates restaurants in the metro area including Rustico, Tallula, and Birch & Barley.  Back in December, The Washington Post did a story on Babin's new venture at Woodlawn Plantation near Mount Vernon, where over 100 acres have been set aside to establish the Arcadia Center. From the article:

Last month, the 42-year-old restaurateur broke ground on the site that will become the Arcadia Center for Sustainable Food & Agriculture, a nonprofit venture aimed at training young growers, educating kids about farming and, perhaps most significant, scaling up the regional food economy by coordinating sales and delivery of the area's sustainably raised foods to restaurants, schools, groceries, institutional clients and consumers.

The Hoffman-Madison Waterfront team, the developers of The Wharf at the Southwest Waterfront, will soon be rolling out their full programming schedule for 7th Street Landing and 9th Street park, where a tennis stadium will be built for the Washington Kastles later this spring. Last fall, 7th Street Landing hosted jazz nights, yoga, food truck corrals, lawn games, and other events.
Posted by SWill at 7:58 AM

As a Mobile Market financial baker, SW resident, and enthusiastic farmers market and CSA patron, I am disappointed they selected a day when we have a fabulous farmers market a short metro ride away (2 stops!) in Penn Quarter.

Any idea what the hours will be?

Yes, it would be nice to know the hours. I live in SW but if it's during the day, I won't be able to take advantage, which would be sad.

I visited their kickstarter page for this mobile project, and it looks like they have about $900 to go by saturday to get $15,000 for this. don't know if a lack of this funding would scuttle the SW portion of the plan, but I'm going to donate a little now since i don't want to find out!