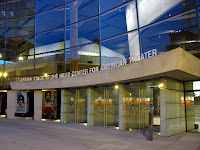 - Clark Construction Group, LLC won a national construction award for their work at Arena Stage, according to a press release by the company.  The Associated General Contractors of America presented the Aon Build America Award to Clark on March 23 in the category of Building Renovation at the group's annual convention. 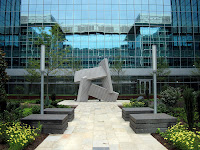 - The Washington Business Journal reports that the SEC will delay its move of 740 employees from offices in Virginia to Constitution Center. Part of the reason for the delay is the federal government has been operating under continuing resolutions, or CRs since the beginning of the fiscal year in October.  From the article:

“Due to uncertainties regarding our long-term funding and the current cash-flow crunch that makes it impossible to fund build out and moves, we are staying at the Ops Center for a short time while the budget situation is clarified,” said John Nester, spokesman for the agency, in a statement to the Washington Business Journal. The SEC signed a lease for 900,000 square feet — the largest federal lease in a decade — in August with David Nassif Associates at 400 Seventh St. SW, but just four months later reported 600,000 square feet of excess space under a federal policy that mandates agencies report their extra real estate.  The landlord has said the agency will end up with one quadrant of the building, or about 340,000 square feet. 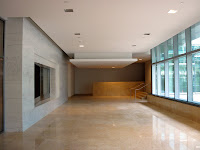 - Also from the WBJ (subscribers only) and related to the SEC lease at Constitution Center, the paper interviewed Tim Jaroch from David Nassif Associates about how they have leased up the largest privately-owned office building in the District.  From the article:

Jaroch maintains that the SEC’s lease was carefully thought out and a good strategic move for the agency, which handles its own leasing and does not work with the General Services Administration as most other federal agencies do. He did not anticipate the SEC walking away from the majority of its space.

After the SEC did just that, the landlord had to find new tenants and leased the majority of the building to the Office of the Comptroller of the Currency and the Federal Housing Financing Agency. Now Constitution Center will be home to three finance-related agencies and the next step will be to build out the space for these tenants.

“We have to build out tenant and amenity space equal to about five typical good-sized Washington office buildings in 18 months,” he said. “This is just the start.”

I am sorry to see Anonymous posts go away, they were a valuable insight into the mood of SW residents for me. Taking the recent SWNA elections blog as an example, there would have been 2 or 3 posts instead of 36 if Anonymous posts were eliminated. While still a valuable source of news, it seems like this will make SWTLQTC no longer a forum for community debate. Lucid or not, it was still dialogue.