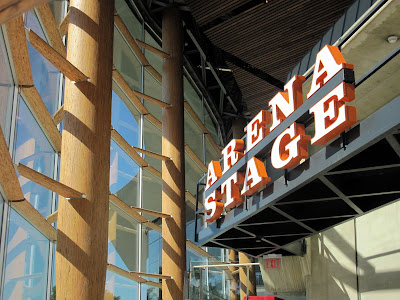 Nominations were announced for the 2011 Helen Hayes Awards, which honors local theater. Arena Stage received a total of 23 nominations. Here's a snippet about the awards from The Washington Post:

Arena's 23 nominations were matched by the Kennedy Center, which, as usual, dominated the nonresident categories (touring shows, with multiple nods going to "Hair," "Mary Poppins," "Thurgood," "South Pacific" and "Golden Age"). Arena crowded the resident musical categories, with "Sophisticated Ladies" garnering seven noms; Maurice Hines is up for best choreography and leading actor awards, and both of his young tap dance proteges, brothers John and Leo Manzari, found themselves in the supporting actor category. Arena's "The Light in the Piazza" picked up four nominations, and Arena Artistic Director Molly Smith was named for directing that show and for "Oklahoma!," the troupe's new box-office champ. The 10 nominations for "Oklahoma!" were bested, though, by the 12 for "Candide," which came to the Shakespeare by way of Chicago's Goodman Theatre.

The awards program will be held on April 25 at the Warner Theater. Click here for a full list of nominees. Good luck to Arena!
Posted by SWill at 12:16 AM